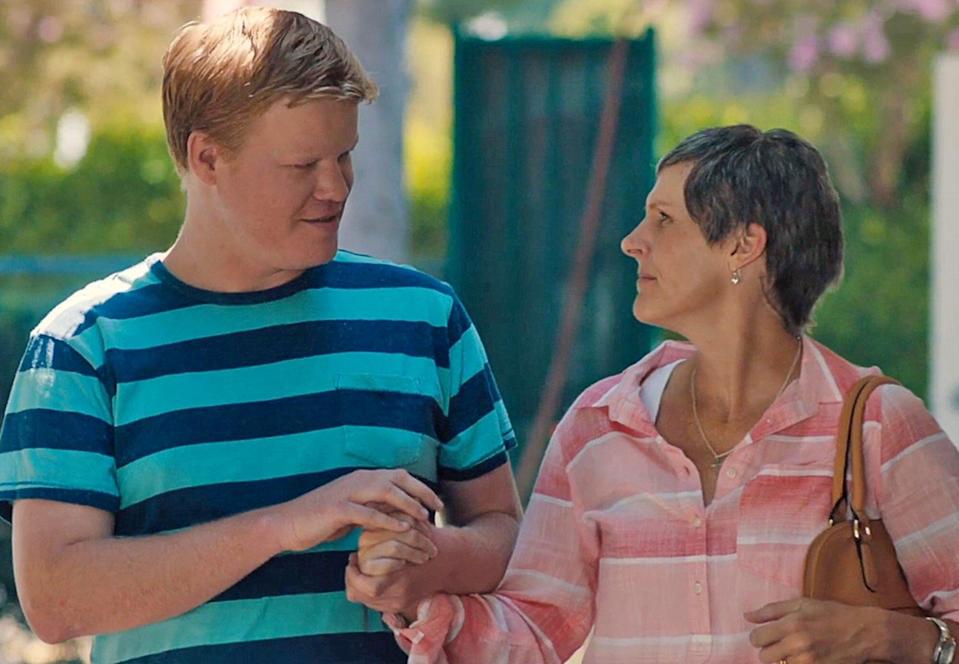 You’d never know it from Molly Shannon’s cheerful persona, but a tragedy she endured as a child actually led to the creation of some of her most famous characters, like Mary Katherine Gallagher on Saturday Night Live.

When she was 4 years old, Shannon lost her mother, younger sister, and cousin in a car accident. Her father, who had driven under the influence, survived but was horribly injured.

“I was very heartbroken and very sad and just trying to hold it all together as a kid,” Shannon told the Los Angeles Times in an interview published Sunday. “There’s no way that you could feel that type of deep pain about your mother and your sister being dead, so you just hold it all in, and it comes up later in life.”

Shannon created her now-beloved SNL character, Mary Katherine Gallagher, during an improv exercise for a comedy show while studying at New York University. She would reprise the character numerous times during her tenure on the show, from 1995 to 2001.

Gallagher “was really based on me, how I felt after the accident — really nervous, accident-prone, wanting to please, f— up but full of hope,” she explained. “I just exaggerated everything I felt as a little girl and turned it into a character.”

The character, an energetic, socially inept Catholic schoolgirl, allowed Shannon to feel free. She was so in the zone as Gallagher that she’d throw herself — literally — into the role and feel no pain, only to wake up the next day, wondering where the cuts and bruises came from.

“Isn’t that weird?” Shannon, 56, said. “I didn’t care if I cut myself or I made myself bleed. I did not give a s—. I looked at it like punk rock. I was reckless, and because of what I went through, I just didn’t care about anything.”

Recently, Shannon made an appearance in HBO’s The White Lotus, and she’ll also return as Midwestern mom Pat Dubek in HBO Max’s The Other Two (created by former SNL head writers Chris Kelly and Sarah Schneider). Next year, she’s also starring in the Showtime comedy I Love This for You, and her memoir, Hello, Molly!, will debut in April. The book will explore Shannon’s family life and her relationship with her father, who came out late in life.

Shannon, who’s seldom talked about some of these experiences, said she feels vulnerable opening up publicly.

“You feel like you put your heart right there on the table,” she said, “but I hope that my story can help other people.”

Previously, Shannon told EW that she couldn’t believe she got to act in Kelly’s film Other People, which she said “was really meaningful” given its subject matter.

“Chris Kelly and I both lost our mothers [prematurely]. I poured my heart into that… I lost my mom when I was a kid, which is different than losing your parent as an adult,” she said. “But I am a mother, so the part that really got me was the line where [her son] knows she’s dying and he’s like, ‘I just want to take you all over the world,’ and she’s like, ‘I get to see my whole world at dinner.’ I really related to that as a mother… Chris just was so brave and had such depth in doing this. Performing in that exceeded my expectations.”