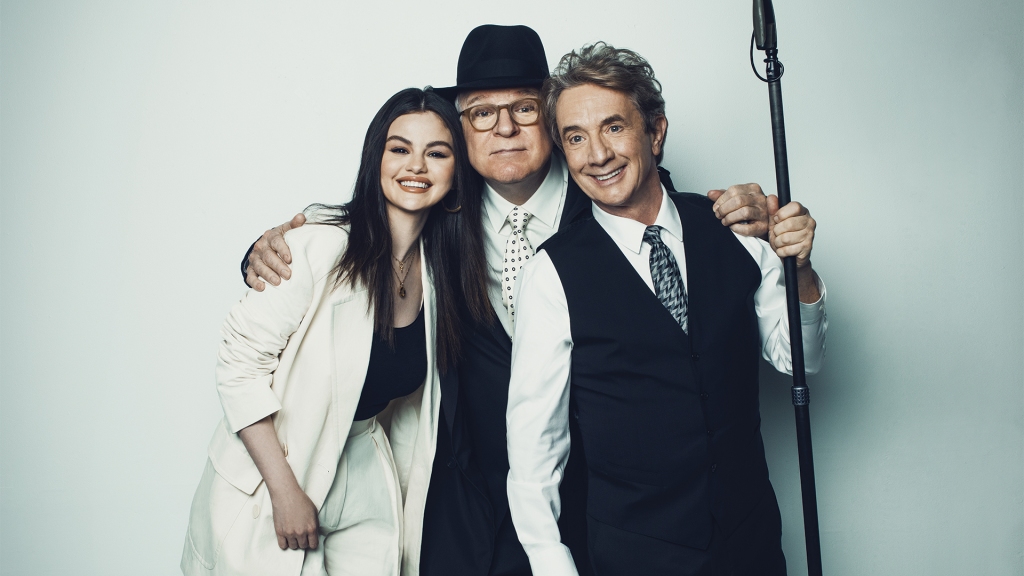 Now that we know who killed Tim Kono (spoilers ahead!), the rabid fan base of amateur sleuths who’ve devoured Season 1 of Hulu‘s hit Only Murders in the Building are eager to dive into Season 2!

It was confirmed in September 2021 that the series—which follows true-crime podcast junkies Mabel (Selena Gomez), Oliver (Martin Short), and Charles (Steve Martin) as they investigate a death in their Upper West Side building, the Arconia—will be getting a second season. The Season 1 finale tied up most of its loose ends in a satisfying and also salacious way, with another resident of the Arconia meeting a grisly fate. Find out everything we know so far about Only Murders In The Building Season 2 — and be sure to check back in this space for updates on the series as they come!

Has Only Murders In The Building been renewed?

Although we don’t yet know when, Only Murders In The Building will be back on Hulu for a second season!

“Everyone in our amazing Building worked with such love and expertise through extraordinary times—and with incredible support from Disney, Hulu and 20th TV—to create a first season that might live up to our legendary cast, our beloved New York City, and to make a show about connection,” series co-creator and executive producer John Hoffman said in a statement. “To feel we’ve connected with our audience and hit the mark enough already to have the chance to continue—and to carry on our show’s wild ride of mystery-comedy-empathy—is too exciting for words. So I’ll shut up now—and just say a huge thanks to all and I can’t wait for more!”

Has Only Murders In The Building been canceled?

Nope! Only Murders In The Building will be back for Season 2, though the Tim Kono murder in Season 1 came to a distinct close, with that case presumably now solved and put to bed for good.

What happened in the Only Murders In The Building finale?

(Warning: Again, major Only Murders in the Building Season 1 finale spoilers ahead!)

The Season 1 finale of Only Murders In The Building confirmed that bassoonist and building resident Jan (Amy Ryan) killed Tim Kono.

In the Episode 10 introduction, it’s revealed that Tim Kono had dated Jan, but he dumped her, which she clearly didn’t take well. After their breakup, she invited him to her apartment on the Arconia’s sixth floor for a drink—which turned out to be poisoned—and to pick up some personal effects she insisted he’d left there. Before the poison fully kicked in, Tim took a garbage bag of belongings (in which she’d planted falsified suicide notes and tossed their cocktail glasses) and went back to his own apartment on the ninth floor. (Remember, the first time we see Tim, he’s getting on the elevator on 6 and getting off on 9 with a garbage bag in his hands.) She eventually pulled the building’s fire alarm and went to his apartment; while the poison had left him paralyzed and unable to move or speak, she put a gun in his hands (hers were gloved) and staged his suicide.

At the start of Episode 10, Jan confronts Charles at his apartment—presumably to explain why she lied about not being first chair. They have drinks together (out of a pair of cocktail glasses that look just like the ones found in that garbage bag). Charles told her Mabel and Oliver suspected her of being the murderer—but that he was also falling in love with her. She confesses to poisoning Tim (but says the cat, Evelyn, was poisoned by accident when she licked Tim’s blood off the floor and likely came in through the window after the murder).

Charles reveals that he knew she was the killer by how she composed her “Js” in the handwritten notes she left him, which match those on the suicide note and the threatening letters left by the killer. She then reveals that she poisoned Charles’ handkerchief and not just his drink, and the poison begins to kick in.

As all of this is going on, Mabel and Oliver are in Jan’s apartment, where Mabel finds a knife in an air conditioning vent, revealing that Jan stabbed herself a couple episode prior. Mabel also finds the stolen emerald ring, which Jan had found at Tim’s apartment on the night she killed him and taken with her.

Luckily, throughout all of that, Charles recorded Jan’s confession on his phone—including the part where she confesses to having to kill Mabel and Oliver, saying it would be “a gas.”

Mabel and Oliver leave Jan’s apartment just in time and find a severely debilitated Charles in the lobby (after a series of goofy-fun elevator hijinks). Oliver and Mabel wheel Charles down to the boiler room (strapped to Winnie’s stroller), where they race to turn off the gas. Jan appears with a gun, but Mabel knocks Jan out.

In the next scene, Jan is arrested and Charles is hospitalized. Mabel, Oliver and Charles are also freed from their eviction, with Mabel sneering at Bunny that she’s now the most hated person in the Arconia.

Finally, we see that Mabel painted a mural of the building and its residents (akin to the animation in the opening credits) in her apartment and bonds with Oscar; Oliver bonds with his son, and Charles texts Lucy. Later, the trio celebrates their sleuthing success with champagne on their rooftop. Mabel goes to get another bottle from her apartment, and shortly afterward, sirens and texts from an unknown number warn Oliver and Charles, who are still on the roof, to get out of the building. They go to find Mabel in her apartment. She is covered in blood, and their landlady Bunny appears to have been stabbed with Mabel’s knitting needle while wearing one of Oliver’s Only Murders in the Building tie-dye hoodies.

Charles, Oliver and Mabel are taken out of the Arconia in handcuffs. Cinda Canning and her assistant are outside among the Arconia’s residents with their recording equipment and Cinda muses that this will all make for another great podcast. She then steals her assistant’s suggestion for a title: “Only Murderers in the Building.”

Who is in the cast for Only Murders In The Building Season 2?

The cast for Only Murders In The Building Season 2 hasn’t been announced yet, but we can expect Steve Martin, Martin Short, and Selena Gomez to reprise their respective roles of Charles, Oliver, and Mabel. Tina Fey will also likely return as podcaster Cinda Canning. Hoffman told Deadline that he’d also love to have Jane Lynch back as Charles’ stunt double, Sazz Pataki, and that we may likely see Sting again as well.

What happens in Only Murders In The Building Season 2?

Series co-creator Hoffman told E! News in September 2021—before Season 2 was officially given the green light—that Fey’s appearance in Episode 4, “The Sting,” was a tease for Season 2.

That episode featured a flash-forward from Cinda, who tells her listeners, “‘What happens when your second chance becomes your last shot’ is a line of dialogue from Brazzos, Episode 713, which prophesied what would happen 15 years later, when a fake detective decided to become a real one. When he and his true-crime fan buddies took a second chance, and become the subject of our next investigation.”

We can also expect to see other Arconia residents, as 20th Television president Karey Burke told Deadline, “Thanks to the incredible audience response, we are so happy to say there will be more murders in the building—which is great news for everyone, except perhaps the residents of the Arconia.”

Hoffman hinted to Deadline that Brazzos, Martin’s character Charles’ character in the show-within-the-show, will be back in some capacity for Season 2. He added, “[Charles, Mabel, and Oliver] have to reckon with their relationship with Bunny in the days prior to what happens at the end of the season and there’s a lot that went down. Mabel said some unkind things about her outside of the Arconia. Oliver had a long history of conflict with Bunny. And Charles was deeply offended at the idea of being evicted by her after 30 years. There’s all that plus their connection to true crime and their respective histories which we will learn more about. There’s a lot there we start peeling back that’s built around what happened at the end of Season 1 and leading into 2. It gets more complicated and more fun in weird ways. It also puts pressure on them to solve the case.”

As far as the murder, there will be only one per season. Hoffman explained the reasoning for that: “It’s important that the reality of our characters’ lives and the mystery itself is surrounding one key murder a season. I’m proud of, from Season 1, the fact that all of the dimensions we found around the death of Tim Kono. I think it’s important that with these stories, also for a comedy, to remind us that we’re talking about one life and how that life touched a lot of lives and we show it in a big way and a lot of different ways.” He continued, “Nothing, hopefully, is painted in just one color around the victims on our show. That’s part of the mysteries yet to be unpeeled as well. I like taking the time to honor the life in certain ways and finding the compelling reasons to go deeper and put yourself at more risk to find out what really happened. That takes a little time and it keeps us grounded in reality, which is important for the comedy and the drama that we play.”

When is Only Murders In The Building Season 2 coming out?

No release date has yet been announced for Season 2. If it follows the production and release schedule of Season 1, we can expect it to drop near the end of August 2022.

How to watch Only Murders In The Building

You can stream all 10 episodes of Season 1 of Only Murders In The Building exclusively on Hulu.