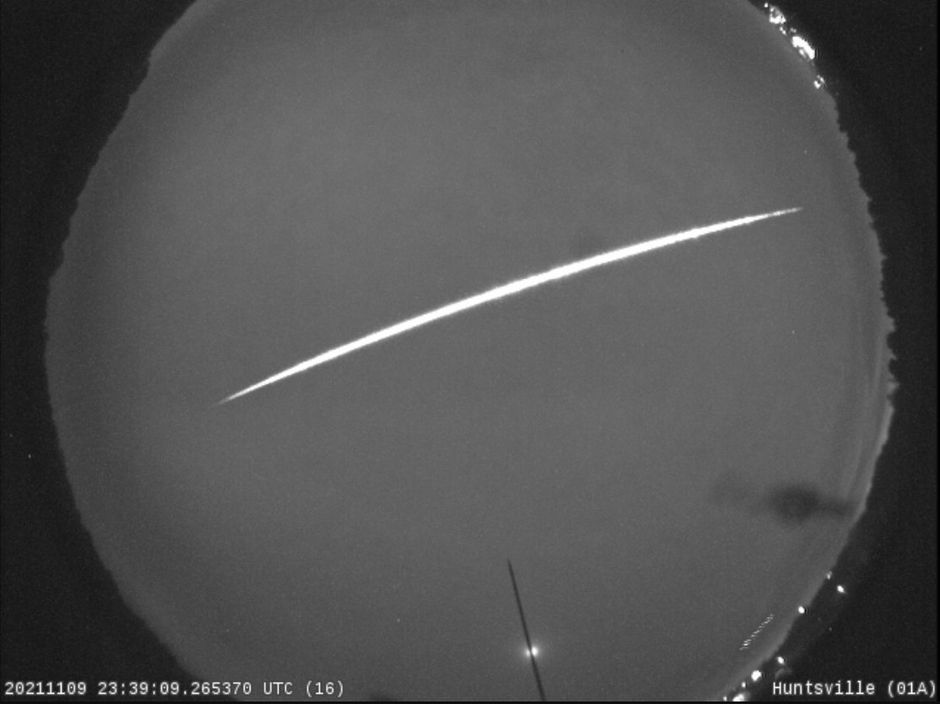 Some meteors are fancier than others. Lucky skywatchers in the southeastern US were treated to a fantastic fireball on Tuesday night. Data from NASA shows it was quite a whopper, traveling 186 miles (300 kilometers) through the air.

NASA’s Marshall Space Flight Center in Alabama tweeted images of the fireball as captured by NASA meteor cameras. A map shows the trajectory stretched across George and into Alabama before ending above the town of Lutts, Tennessee.

NASA Meteor Watch, a group that brings together the work of meteor experts and amateur meteor watchers, gave an update on the fireball on Facebook on Wednesday. “Last night’s fireball over Georgia and Alabama was what we call an earthgrazer, in which the meteor’s trajectory is so shallow it just skims across the upper atmosphere for a long distance.”

The group described the event as “a rare meteor for those fortunate enough to see it.” A video from a meteor camera at the Tellus Science Museum in Cartersville, Georgia, shows part of the fireball’s path.

We’re currently in a good fireball-watching season as the Taurid meteor shower is underway. The Taurids are caused by dust and debris from an ancient comet. When those little bits hit the atmosphere, they can burn up into bright “shooting stars.”

A good fireball like Tuesday’s earthgrazer represents peak excitement for meteor fans. Check out our guide for viewing meteor showers to give yourself the best chance at spotting one of these cosmic beauties for yourself.