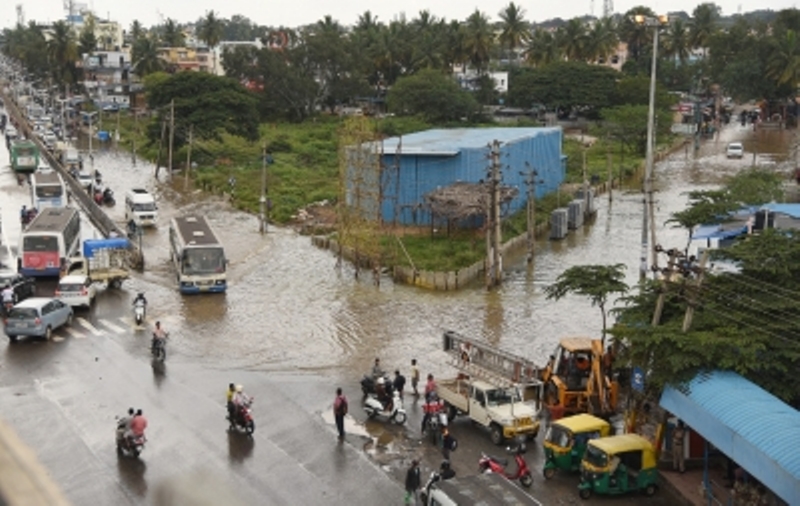 Dimapur: The Nagaland State Disaster Management Authority (NSDMA) on Tuesday warned that there is a likelihood of flash flooding and waterlogging due to heavy rains in the foothills sectors and lowlands parts of the state.

According to rainfall data obtained from the NSDMA weather system, the state has observed a spike in weather activity during the past week, with rainfall reaching 191.25mm in Dimapur, 351mm in Peren, and 342mm in Kohima.

In its  dupdates for the coming days, the NDMSA said Dhansiri and Chathe rivers may have a large flow of water due to the prolonged spell of heavy rain in the hill sectors.

The adjoining areas of these two rivers such as the Domokhia area and the areas adjoining the Dhansiri river may be flooded.

It said landslide activity may also occur in some regions of the state due to the continued rainfall activity. There is a likelihood of road blockages in many parts of the state.

The NDMSA advised the departments and agencies responsible for maintaining public infrastructures and essential commodities to make necessary arrangements and contingency plans to meet any eventualities during this period.

State capital Kohima and most other parts of the state are also covered by the current monsoon incessant rains.

During this period, thunderstorms and lightning with widespread rainfall are expected in the districts of Peren, Kohima, Wokha, Mon, and Tuensang. However, light to moderate rain or thundershowers is very likely to occur in the remaining parts of the state which is likely to become intense, the NDMSA said.

It said these conditions call for sensitive weather conditions for the entire state as there could be frequent spells of intermittent rain in the coming days.

The NDMSA stressed that it is important to take necessary precautionary measures during this time and exercise caution from lightning strikes and gale winds which may cause disruption in communication and connectivity.

It urged the public to be vigilant during the monsoon period and not to shelter under large trees or picnic near river banks to prevent unnecessary risk to life from lightning and flash floods.

The NSDMA also directed all the district disaster management authorities and line departments responsible for attending to emergencies caused by natural calamities to be on alert and save lives and properties during this monsoon period.