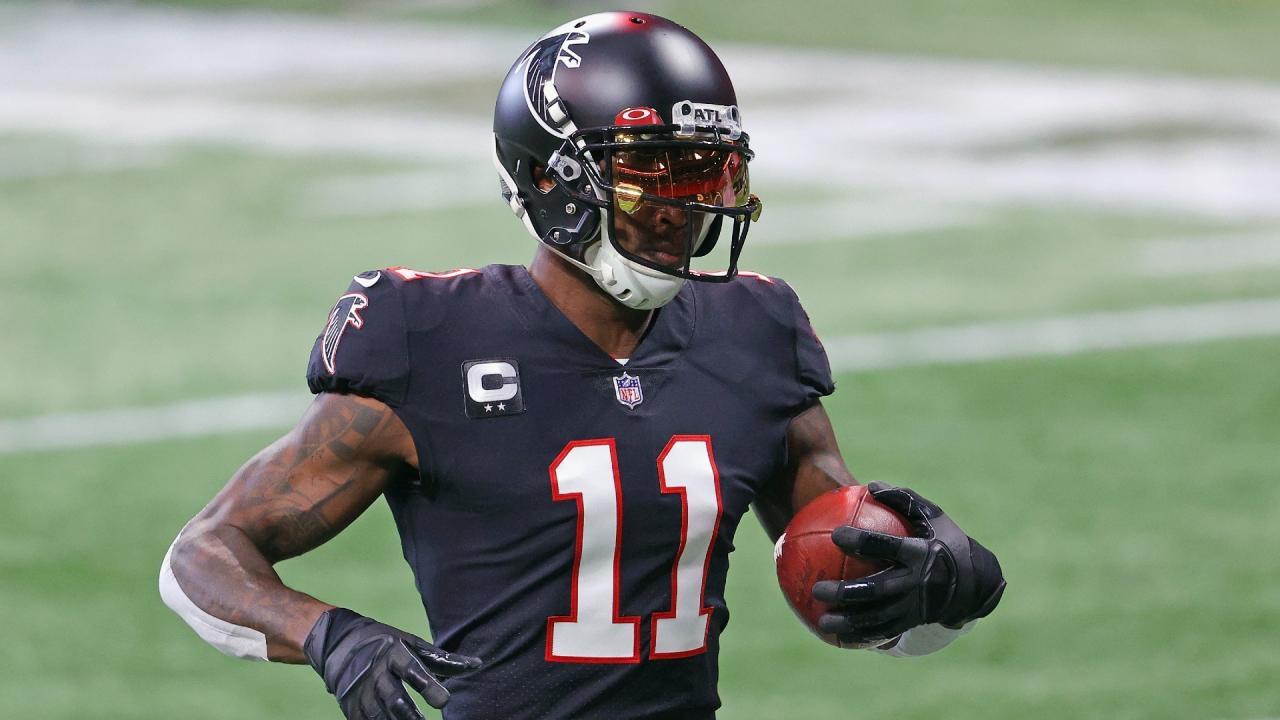 The New England Patriots continue to maintain a relatively low profile in the early stages of free agency.

While they have retained six of their own free agents so far, they have only brought in one outside player, which was cornerback Terrance Mitchell.

Aside from a pair of trades too (one of which was particularly horrible) the Pats have sat back and watched the action unfold. Early on, that was fine. But now that the team has some more cap space freed up thanks Shaq Mason getting traded away for next to nothing, Bill Belichick and the front office need to start putting it to use.

Many of the needs that existed heading into the offseason still exist. While many of these spots will be addressed during the draft next month, some of them need to be fixed now. One of those that should be at the top of the list is wide receiver. And despite missing out on many of their top targets early in free agency, a new one may have just been dropped right in front of the team.

The Tennessee Titans announced this afternoon that they would be releasing star wide receiver Julio Jones after just one injury-riddled season with the team. Jones struggled in 2020 with injuries too, but he still offers upside as one of the top wide receivers in the league when healthy. For a Patriots team desperate from an outside receiver, Jones may just be worth taking a flier on.

The New England Patriots need a receiver like Julio Jones

The New England Patriots watched some of their top wide receiver targets, such as Christian Kirk and D.J. Chark, come off the board pretty early on into free agency. The Pats have been sniffing around guys like Allen Robinson and Marquez Valdes-Scantling too, but it seems like they may be priced out of those guys as well.

Jones is a bit of an interesting case in the sense that teams aren’t going to be looking to sign him to a multi-year deal. He’s already 33 years old, and has not looked like himself over the past two seasons. He’s struggled too stay healthy, and when he’s been healthy, he hasn’t been nearly as productive as he once was.

Jones only season with the Titans was a bit of a mess. He played in 10 games, but only managed to catch 31 passes for 434 yards and one touchdown. The expectation was that he would form a deadly duo with A.J. Brown to help the passing game soar. Instead, Tennesee’s quarterback Ryan Tannehill focused on Brown pretty much all season long, and Jones’ production suffered as a result.

The real issue appeared to be both wide receivers were just to similar to coexist. Both rely on their speed and physicality to get open for deep passes. Brown continued to run those routes, while Jones tried to get open closer to the line of scrimmage. It didn’t really work out, and while it is quite surpising to see the Titans cut their losses this early, it does make a bit of sense.

One man’s trash is another man’s treasure though, and the New England Patriots should at least take a good look at what Jones has to offer. He may very well be past his prime, but he has had quite a bit working against him over the past two seasons, and it wouldn’t be the worst idea to give him a one year deal and see what he could do.

While the New England Patriots would probably take any top tier wideout that came their way, Jones would offer exactly what New England is looking for. Jones profiles as a high caliber outside receiver who thrives on deeper to intermediate routes down the field. Assuming he stays healthy, Mac Jones would have a legitimate deep ball threat that this offense was lacking last season.

Jones working alongside Jakobi Meyers and Kendrick Bourne would give Jones a really solid trio of wideouts to open the season with. Keeping Meyers in the slot might not be ideal, but he’s been really solid there early on in his career, and with opposing defenses giving Jones more attention, it would make his life on underneath routes way easier.

Jones will probably be looking at a cheaper deal than what a player of his caliber would typically be looking for, but he still could fetch a nice sum of money. Considering Kirk landed a deal with the Jacksonville Jaguars that pays him an average of $18 million a year, it’s clear there’s a big market for talented pass catchers. Jones probably won’t get a multi-year deal, but a one year deal within the range of $7-10 million likely seems to be where his market will fall.

There’s no guarantee Jones will reach the same heights that he did early in his career with the Atlanta Falcons, but he would offer an immediate upgrade at the outside receiver if he was signed. His production was pretty similar to Nelson Agholor’s from last season, and Agholor played five more games than him. Signing Jones would cross off one thing on the offseason to-do list, and the way things have gone so far, that would be considered some serious progress for this team.