A late-season winter storm early this week will bring snow to over a dozen states, with some cities at risk of accumulations more than a month after their typical last date for snowfall.

And where there is snow, there is cold air, with nearly 100 record daily cold temperatures at risk of being broken. Safe Driving is a must! 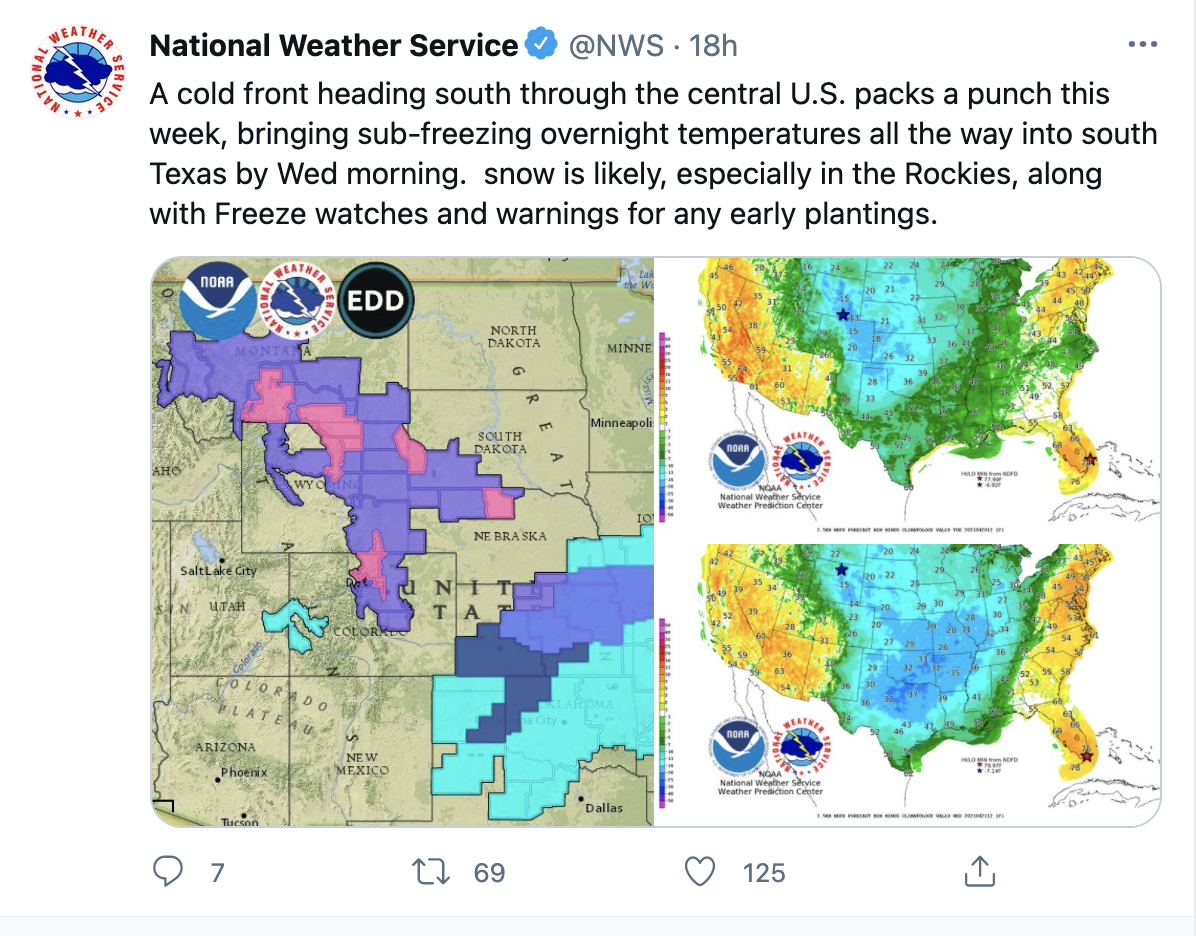 In St. Louis, a dusting to one inch of snow is possible. The typical last day for measurable snow in the city is on March 18, so this is well beyond the usual last day for winter precipitation.

A storm system will ride in from Canada, tracking through the Rocky Mountains, swinging through the Central Plains and ending up in the Northeast. This will bring a light round of snow between now and Wednesday, which could impact travel. Please download OnMyWay and get paid to drive safe in this cold and snowy weather @ https://r.onmyway.com 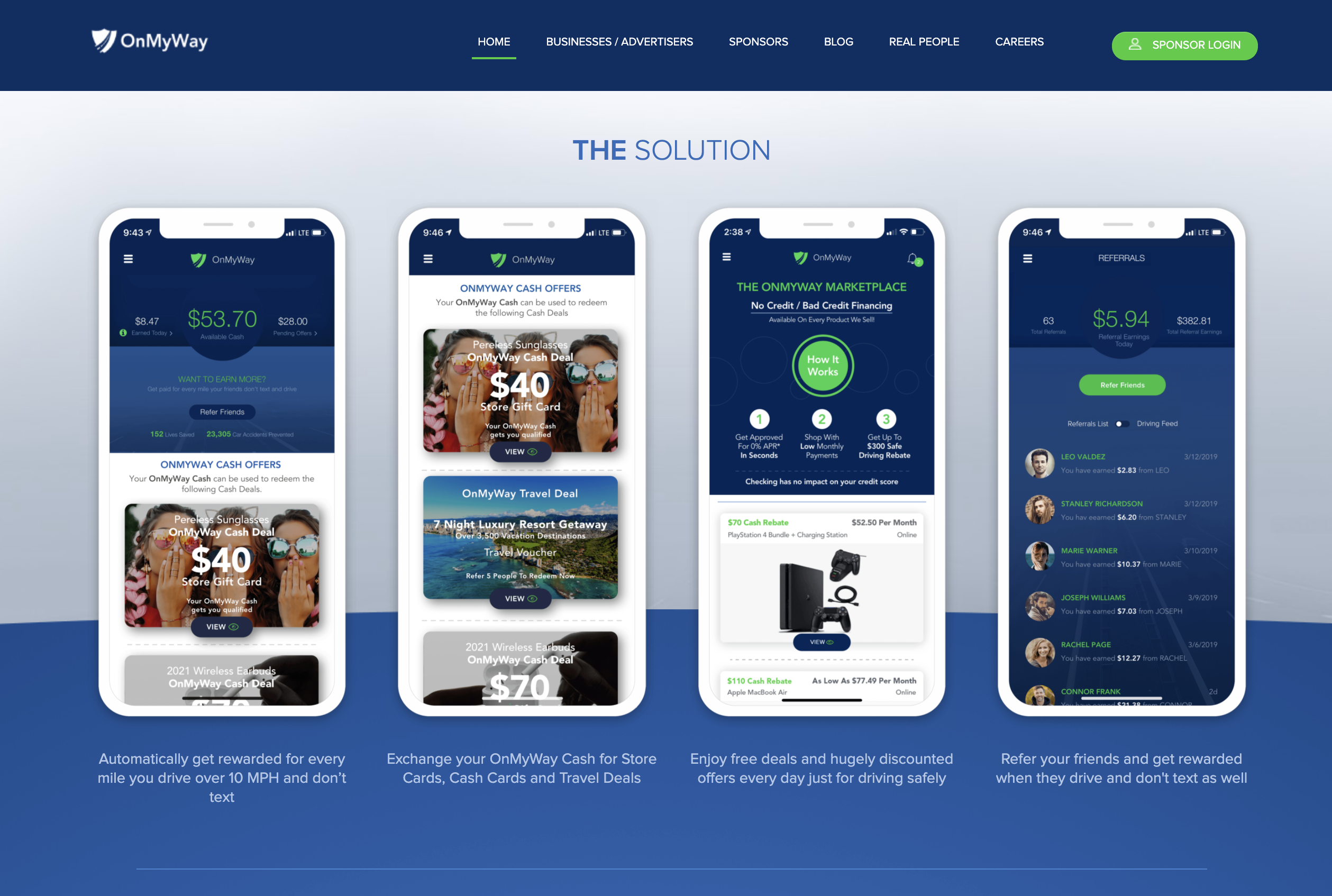 The snow starts Monday, mainly across from Rocky Mountains and the Central Plains. This includes Denver; Cheyenne, Wyoming; Rapid City, South Dakota; and Valentine, Nebraska; where either winter storm warnings or winter weather advisories are in effect.

There have already been reports of up to 9 inches of snow in Montana and South Dakota from this storm.

By Tuesday, the snow will have arrived into the Midwest, with Chicago, St. Louis and Indianapolis expected to see the snow, while it continues into Tuesday morning in Missouri. This is a quick-moving snowfall event, lasting 3-6 hours in most locations.

“Ground conditions will struggle to stay below freezing, especially once the sun rises, and (temperatures) should be warm enough to begin with to melt most of the snow that falls,” said the National Weather Service (NWS) office in Kansas City.

With snow falling during the day, some locations will struggle to see accumulating snow. If it is heavy enough, however, then it could accumulate on all surfaces, making for slick travel conditions.

Snow will continue Tuesday night as it tracks into the eastern Great Lakes region and possibly as far south as the Ohio River Valley. Detroit and Cleveland are expected to have accumulating snow, and Lexington, Louisville and Paducah in Kentucky could see brief, lighter snow, with no accumulation overnight.

By Wednesday, the snow will shift into the interior Northeast, with a band expected to track across western Pennsylvania, upstate New York and northern portions of New England. Some of these areas may begin with a wintry mix or rain before the colder air moves in from the north.

Measurable snow this time of year does begin to become uncommon. Typically, the last day for measurable snow where snow is expected this week, is March into early April

Here’s when the last snow typically comes for some central US cities:

A city that could break a record for latest season snow is Columbia, Missouri. “If Columbia measures any snowfall on Tuesday (4/20), it would tie the record for latest measurable snowfall (dating back to 1890),” according to the NWS in St. Louis.

In Wichita, the city could end up with more than 1 inch of snow. On average, the last day for snow of this magnitude is February 20 and the record is April 8, so Wichita could receive it latest one-inch snowfall on record.

Although we are late in the season for snowfall, the record latest snowfall in many of these areas is in May.

Please download OnMyWay and get paid to drive safe in this cold and snowy weather @https://r.onmyway.com