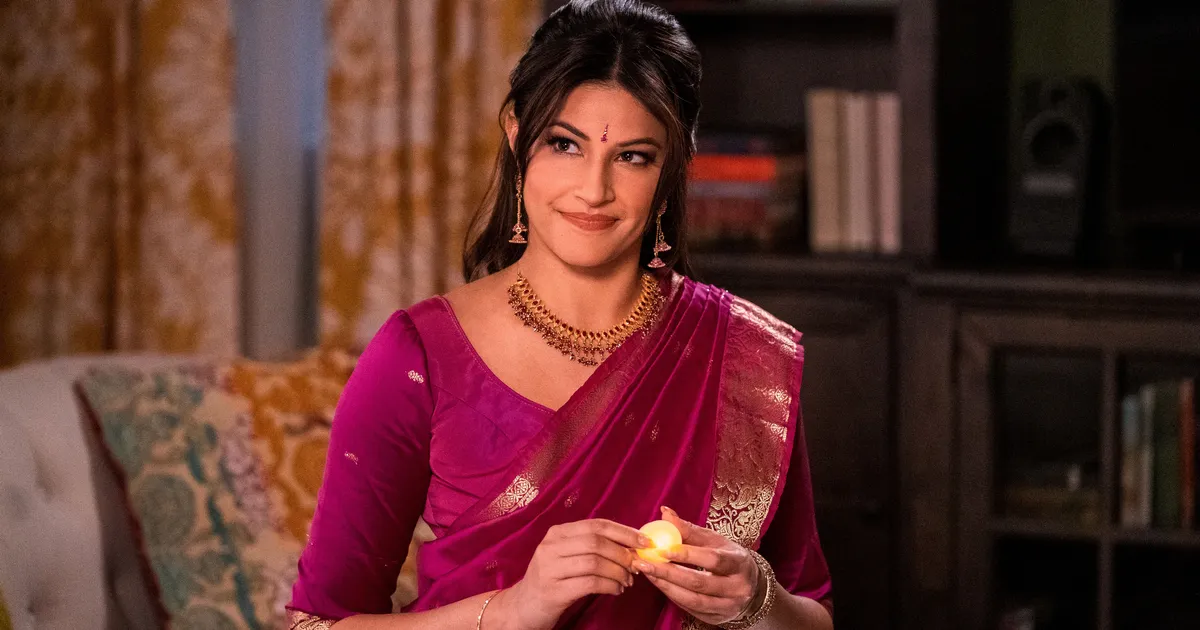 Remember the last episode? The one where Devi met a smokin’ hot Indian guy with killer eyebrows named Des, and they danced and flirted and he asked if he could text her, and we all collectively swooned because this could be the start of something incredible? Remember that hope and excitement we had? We were so innocent then!

What’s changed, you ask? So much and yet nothing at all. Our girl Devi has been ghosted. Siri, play “I Dreamed A Dream.”

At the coffeehouse, Devi flops at her first flirting attempt after Ben starts heckling her. He asks what she’s doing and mocks her when she gives an earnest explanation. They break into their usual bickerfest, which leads Devi to bet that she’ll kiss someone that night and he won’t. Ben jumps on the challenge. (Note: earlier in the episode, we see Ben overhearing Devi’s plans to tongue-wrestle someone at the coffeehouse and then he just happens to be there. Weird. Shouldn’t you be studying, Ben?)

Alejandro doesn’t have a hoodie. But when Devi looks up to see him on stage, strumming a guitar and singing in Spanish, she can’t take her eyes away. Instantly, she’s fallen victim to the Ed Sheeran effect: the phenomenon “when an unremarkable dork is given a guitar and suddenly becomes the hottest man in the world.” (The show quips that there’s no known cure, but I think actually dating a musician will get it out of your system.)

As Alejandro’s surrounded by a gaggle of girls, Devi swoops in, twirls her hair flirtatiously, and compliments his skills as a fellow string instrumentalist. And he’s digging the attention, much to Ben’s dismay. Not wanting to be outdone — or maybe just not wanting to watch Devi with someone else — he invites Stella (a goth-lite Christina Ricci lookalike who approached him earlier) on a walk.

When Aneesa spots Ben getting kissed (and bitten) by Stella, he tries to explain. But Aneesa brushes it off goodnaturedly: “No judgment here. You do you.” Ben uses the moment to apologize, mentioning that Fabiola told him how he was a douchebag when they were together. Aneesa’s ears perk up at the mention of her name: “Fabiola said that to you?” Aneesa admits that she might be falling for a friend, and Ben warns her against it. “Even if it feels like a good idea at the time, you are just setting yourself up to be miserable.” Aneesa catches him stealing a glance at Devi and then reminds him that he’s in no position to give her romantic advice about anything; he’s only shown her what not to do. Aneesa stays schooling Ben and is always effortlessly cool while doing so. We’re not worthy.

While Aneesa refuses advice, Fabiola absorbs it. As Paxton “volunteers” in the kitchen with Fab, he overhears her chitchat with Aneesa and notes that they seem into each other. Fabiola first denies it vehemently, then reveals that, okay, they’ve kissed once, but nothing since. She says she doesn’t want to out Aneesa and admits she doesn’t know how to make the first move, so Paxton offers his coaching. The tutee becomes the tutor! He informs Fabiola it’s not about what she says to Aneesa but how she says it. For example, he repeats Fabiola’s awkward rehearsal verbatim but oozing with sex appeal, emphasizing eye contact while occasionally glancing at her mouth, leaning in, touching her face, etc. “Oh my God. I don’t even like men, and that worked for me,” says a dumbfounded Fab.

Elsewhere, whatever Alejandro’s doing (Breathing? Having a pulse?) is working for Devi too. Devi and Alejandro finally get to smooching, but then the principal hits the lights and Devi can see clearly again (which means she gets a full view of Alejandro’s retainer and transition-lensed glasses). He asks if she wants to be his non-monogamous girlfriend, and Devi convinces him it’s better to enjoy that commitment-free night for the experience that it was. Young hearts run free!

As the night winds down, and Paxton happily spots Aneesa and Fabiola leaving together, he runs into Devi. And listen, I know that they’re over, but I’ll always maintain they have such cute, easy chemistry and great banter. He asks if she’s a player now — she’s always with a different guy. And she asks if he’s worried she’ll steal his thunder. He apologizes for assuming she’d be sad about him dating Phoebe — it’s clear she’s moved on. He says his goodbye (“See you around, heartbreaker”), and Devi’s confident her vibes are back where they need to be.

In the parking lot, Fabiola’s about to pull out her Paxton moves, but Aneesa beats her to the punch: “Should we, like, date? I think we like each other, right?” Fabiola says she’s down for that, and they hold hands. It’s pretty adorable. Meanwhile, Ben and Devi compare progress reports — they both admit they kissed someone that night. They also both seem mildly jealous. It’s almost like they should have just kissed each other!