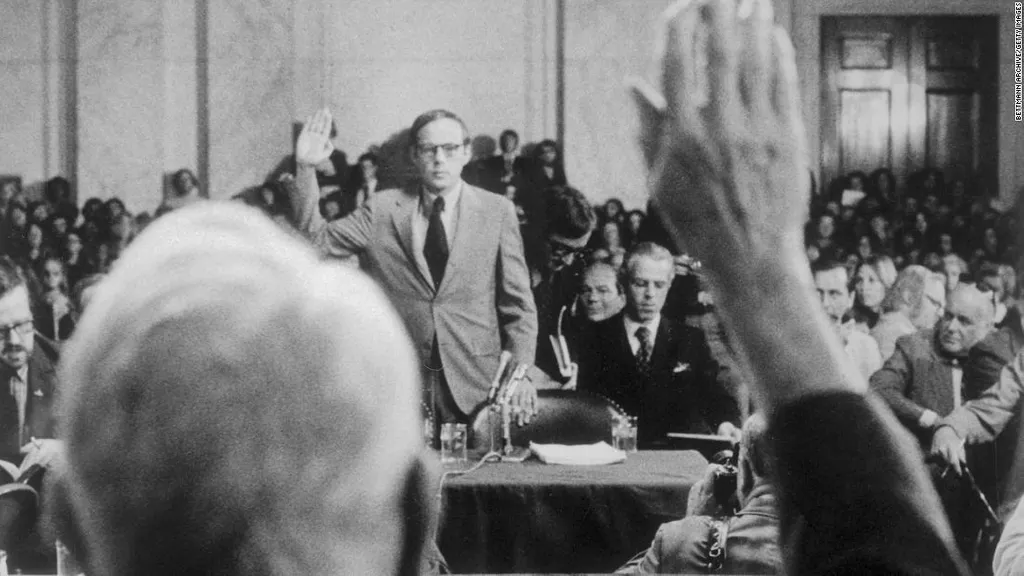 As the House January 6 Commission is hours away from its first public hearing – live on primetime television – the media is loaded with comparisons between the current affair and the landmark hearings that investigated the Watergate scandal nearly 50 years ago.

While both were ostensibly geared towards uncovering the details of events that have been condemned by members of both parties, political climates surrounding the hearings show significant differences.

“Despite an early attempt at bipartisanship, the January 6 Committee’s work has become a partisan exercise about which the public is skeptical,” bipartisan group No Labels tweeted along with a video showing how slanted the process has become.

A main aspect of the group’s criticism is the makeup of the January 6 commission itself. Of its nine members, seven are Democrats and the two Republicans – Reps. Liz Cheney, R-Wyo., and Adam Kinzinger, R-Ill. — were handpicked by Democratic House Speaker Nancy Pelosi. House Minority Leader Kevin McCarthy had chosen five other Republicans, but Pelosi rejected all of them.

The Senate committee that investigated Watergate in 1973 was more evenly split. Of its seven members, four were Democrats and three were Republicans.

Another clear difference between the two sets of hearings are that one focused on a sitting president, while the other involves one who has been out of office for roughly a year and a half. While those circumstances do not have any bearing on the seriousness of the events being investigated, the current situation has Republicans doubting the necessity of such a high-profile event at a time when the country faces other concerns.

Rep. Jim Jordan, R-Ohio, asked when his Democratic colleagues would devote the same kind of attention to other issues.

While remarks like these are themselves examples of partisan politics, they echo a concern voiced by PBS and NBC reporter Yamiche Alcindor, herself a proponent of the January 6 hearings.

“There are so many things that people are juggling between, gas prices, and inflation, baby formula, abortion, and the shootings that are happening,” Alcindor said during an MSNBC panel discussion on Monday, telling host Andrea Mitchell that “the biggest challenge” facing the commission is “whether or not they can make people care.”

The Watergate scandal, on the other hand, was of such great public concern that the president resigned over it.