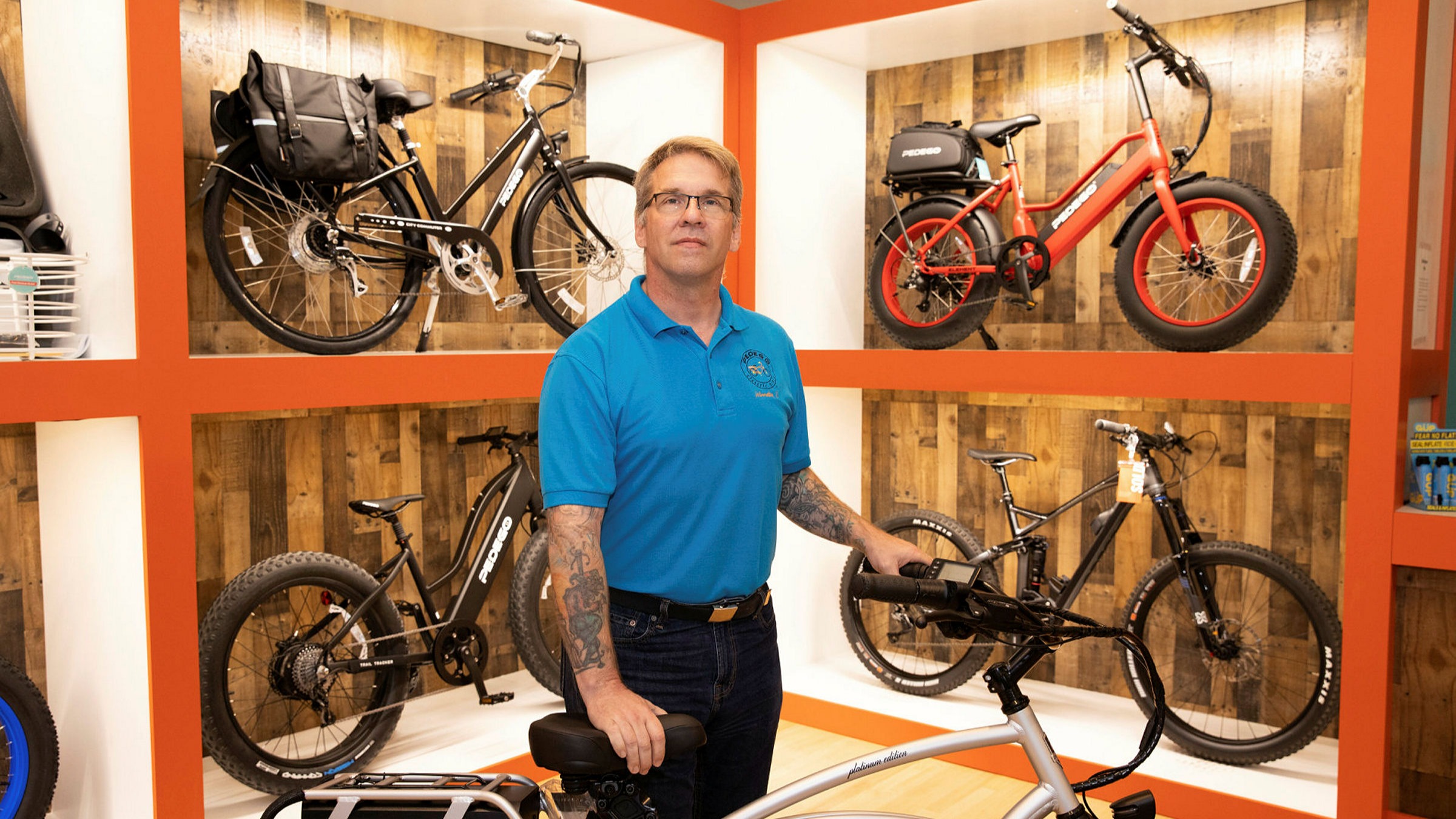 Peloton Interactive Inc. rallied after agreeing to offer bikes and accessories on Amazon.com Inc. as part of a turnaround plan, breaking with a longtime practice of selling products through its own channels.

The move to open a US storefront on Amazon’s sprawling online marketplace will help Peloton expand its distribution and make products more readily available, the company said in a statement Wednesday. Until now, its wares have just been available via its website and retail showrooms.

The news sent Peloton shares up 20% to $13.48 in New York, the biggest one-day jump in more than six months. Before Wednesday, the stock had lost more than two-thirds of its value this year as the company struggled with slowing demand, an inventory build-up and strategy changes.

Amazon had previously been cited as a potential acquirer of Peloton — and investors pressed for such a deal earlier this year. But Peloton Chief Executive Officer Barry McCarthy has said that he’s not trying to sell the company.

“Peloton’s retail partnership with Amazon.com in the US broadens its reach, though we don’t think of this as a precursor to M&A,” said Geetha Ranganathan, a Bloomberg Intelligence senior media analyst. “The pact should help boost Peloton’s top line, but — more importantly — trim distribution costs and help it turn free cash flow positive in fiscal 2023.”

McCarthy, a tech veteran who took the helm in February, is trying to turn around a business that thrived during the early days of the pandemic but slowed drastically in the past year. He’s looking to reinvigorate sales, boost efficiency and restore some of Peloton’s former cachet.

In another effort to goose sales, Peloton is redesigning its bikes so customers can assemble them at home and will explore letting users beam its content to rival workout machines. Investors will get more information on McCarthy’s comeback plans Thursday morning, when Peloton is due to report quarterly results.

Amazon provides Peloton with another way to work down its inventory pile-up, which it amassed as pandemic lockdowns faded.

McCarthy’s general strategy is to rely more on partners to operate the business — a push that’s furthered by the Amazon arrangement.

The New York-based fitness company announced plans earlier this month to lay off about 800 workers, raise the prices of its equipment, and outsource deliveries and some customer service functions. It’s also looking to wind down much of its retail footprint in North America starting next year.

It’s not hard to see why Peloton chose to sell its wares on Amazon. The Seattle-based company has a commanding position in online retail in the US. Insider Intelligence estimates Amazon will account for 38% of US retail e-commerce sales this year, with Walmart Inc. a distant second at about 6%.

“Expanding our distribution channels through Amazon is a natural extension of our business and an organic way to increase access to our brand,” Kevin Cornils, Peloton chief commercial officer, said in the statement.