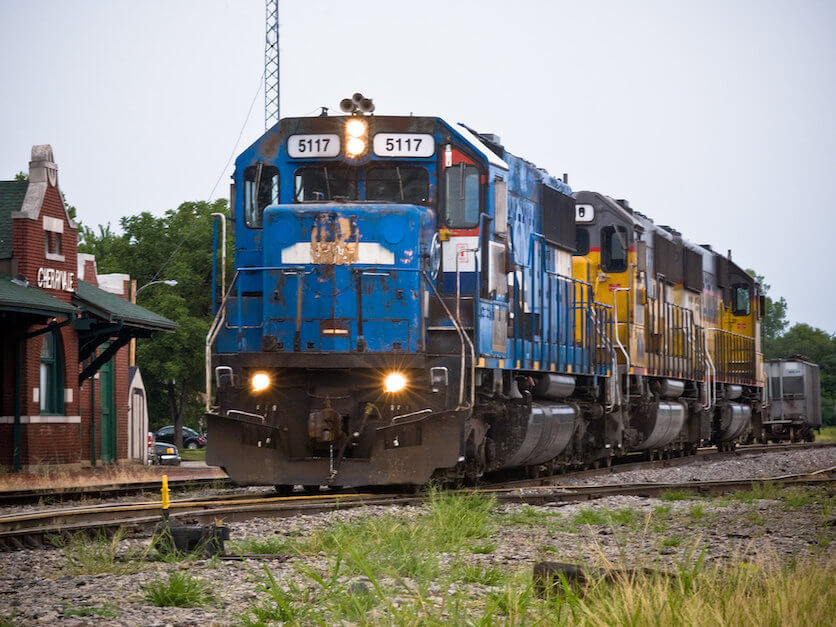 Members of one union Wednesday rejected a tentative deal with the largest U.S. freight railroads. Two other unions, representing roughly half of all railroad workers, are still at the bargaining table.

If the Friday deadline is not met and rail workers head to the picket lines, farmers fear for their bottom lines.

At this juncture, Elkhorn farmer Bill Armbrust is still hopeful the parties will reach a deal.

“The last thing we need is disruption in getting the harvest in,” said Armbrust, whose corn is ready for harvest. “There will be harvest losses if we get delayed too long.”

Armbrust takes his grain to elevators, where trains pick up the crop. Delays can throw his storage set-up off track. He is already preparing extra shortage, in case a strike causes railroad schedules to slow down.

The Nebraska Farm Bureau is fielding the growing possibility of a strike after that tentative deal failed to take root. Their leadership implores Congress to intervene.

Those disruptions stack on top of the drought and inflation-induced price hikes in necessities like hay and feed.

“That we thought was gonna be a pretty good profit year is now a struggle,” Armbrust said.

A smooth-running railroad industry is a prerequisite for farmers.

“For us, it’s our lifeblood,” Armbrust said. “We rely on the transportation industry to take what we have in the field and put it where it’s needed.”

“If they’re perishable, we could potentially lose a season of some of those items,” said Swenseth, an associate professor at UNL. “If it’s cash grains, that’s less likely to be the case, because we’re going to have some storage, and we’re gonna have some time to make that up. But in the meantime, we could be seeing deterioration of the quality of those products, because they aren’t being stored in their normal manner.”

Armbrust hopes the threat of a strike loses steam before Friday.

“We do understand the need for them to have a voice and try to get to a better place in their workplace,” Armbrust said. “There’s far too much damage that could be done if the railroad workers do go on strike.”