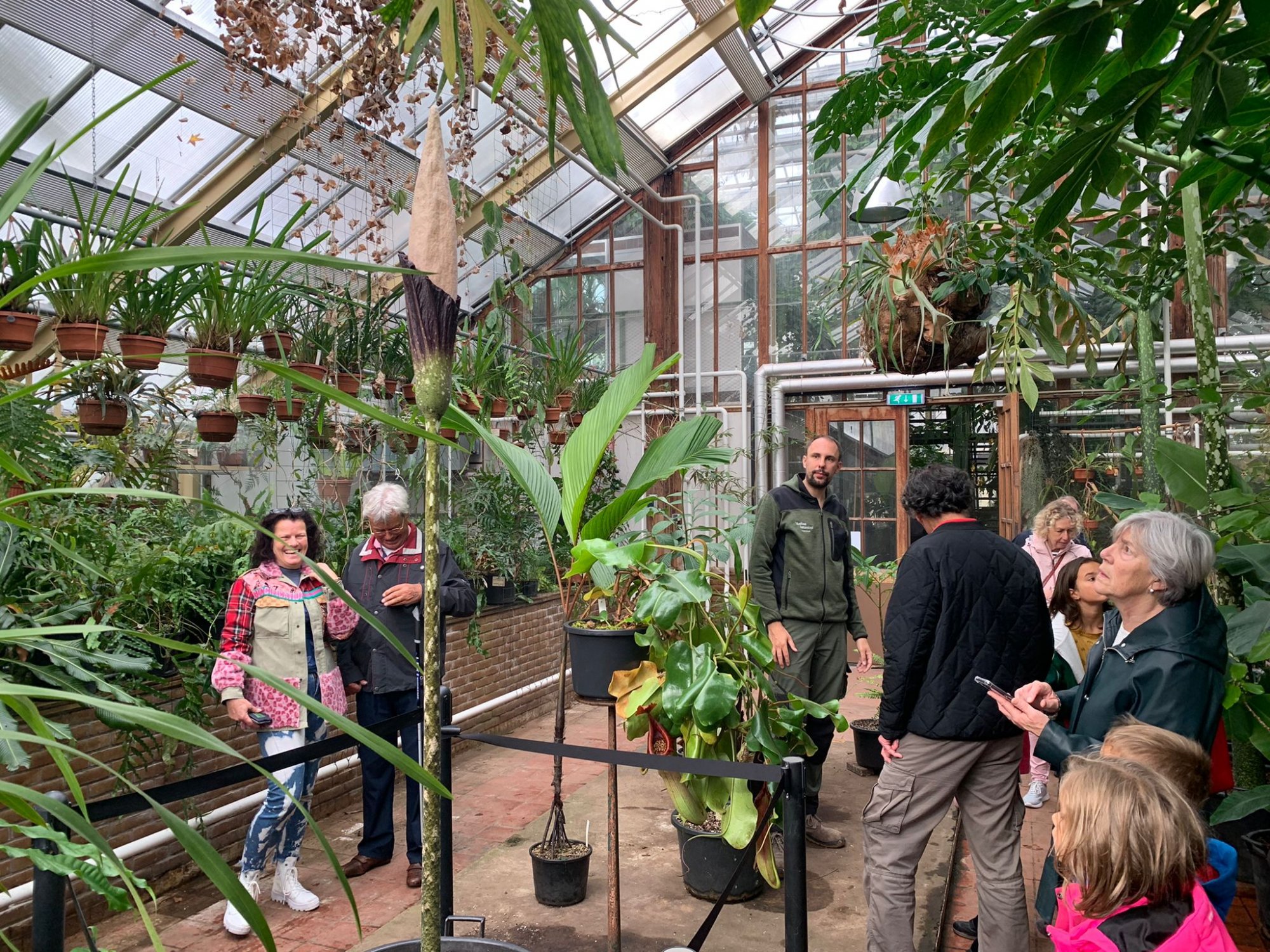 The natural world is full of beauty and surprises, most of which involve things that aren’t penises kind of looking like penises. From questionably penile snakes infesting Florida canals to hordes of phallic fish washing ashore in California and rude carrots crashing Zoom calls, you never know when nature is about to deliver its next priapic wonder. Its most recent one, however, turned up just last week, when a rare “penis plant” bloomed at a botanical garden in the Dutch city of Leiden.

The event marks the first time the phallic plant, officially called the Amorphophallus decus-silvae, has bloomed in nearly 25 years, with penis plant experts believing this to be only the third time in history the rare plant has blossomed in Europe. The plant is reportedly very difficult to grow, requiring a very warm but not particularly humid environment, according to the botanical garden Hortus Botanicus of Leiden’s website.

The penis plant, native to the jungles of Indonesia and Java, was first planted at the Dutch botanical garden back in 2015, finally blooming late last week after a six year wait. Alas, the penis plant was not long for this world, blooming for only a few days.

Also unfortunate is the fact that the penis plant apparently smells like rotting flesh when in bloom to attract flies. “During female inflorescence, the spadix (the white, phallus-shaped part of the inflorescence) heats up and gives off a pungent odor associated with rotting flesh,” the Hortus Botanicus of Leiden wrote on its website. “Flies and other pollinators like this scent and flock to the plant.”

Still, rotting flesh smell aside, the Hortus Botanicus maintains that catching the Amorphophallus decus-silvae in bloom is “very special,” as few botanical gardens have the rare plant in their collections.

Of course, no phallic occurrence in nature is complete without disagreement over whether the penis plant/fish/snake/etc. in question actually looks like a penis. Greenhouse manager Rogier van Vugt kicked off the argument this time, reportedly claiming the plant “does not really resemble a penis,” before changing his tune and admitting to Dutch broadcaster Omroep West that “with a little imagination you can indeed see a penis in the plant,” citing the plant’s veiny arum and “thick white spadix.”

To Van Vugt’s credit — and as he pointed out — Amorphophallus decus-silvae actually means “shapeless penis.” This seems weird to me, considering usually when we compare things to penises that comparison is based almost entirely on shape, but whatever. The point is, nature is full of beautiful, phallic surprises; it just takes a little imagination.