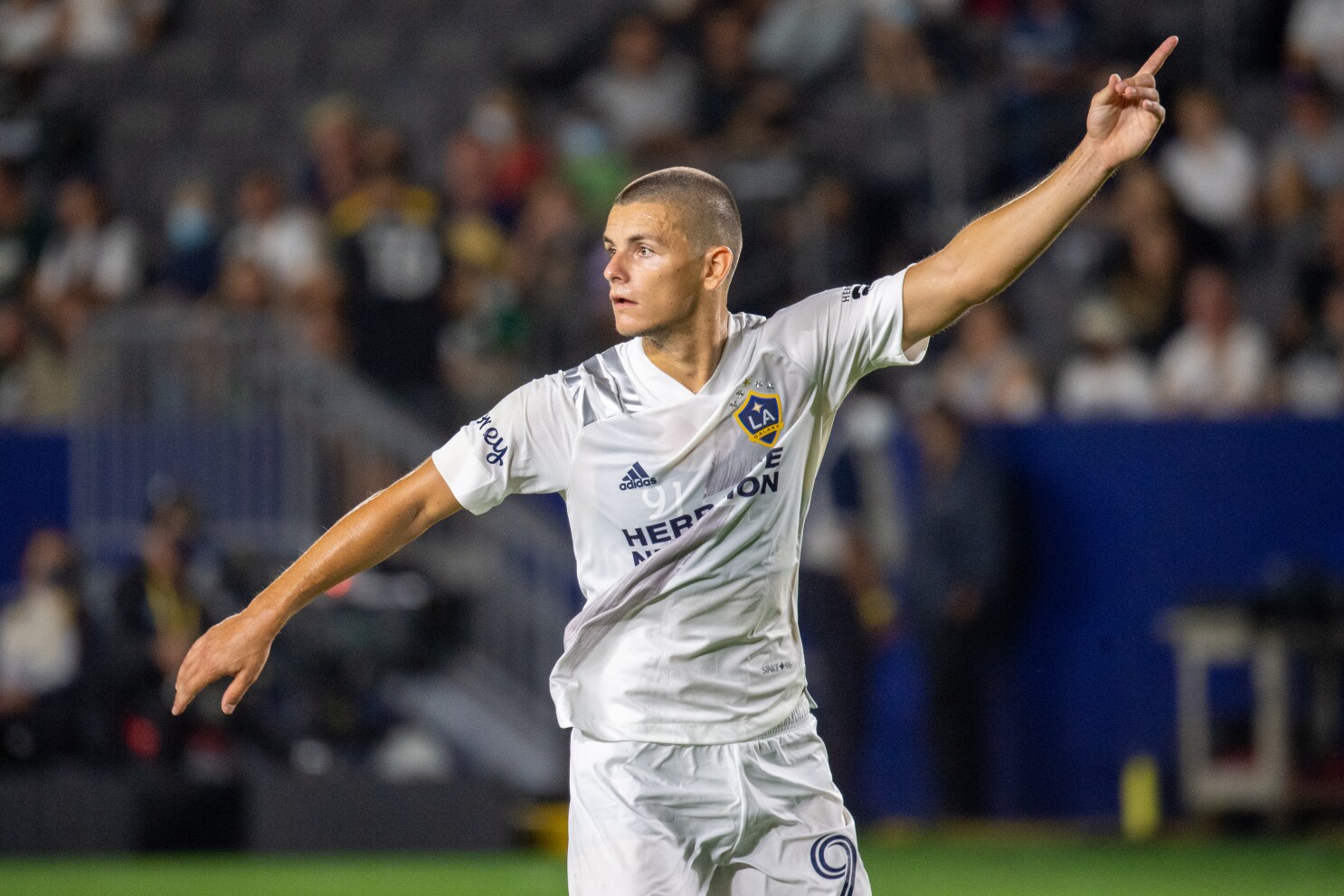 Rayan Raveloson scored his first two goals of the season after halftime to help the Los Angeles Galaxy romp to a 4-0 victory over CF Montreal on Monday night.

Before halftime, Javier “Chicharito” Hernandez produced his team-leading seventh goal of the season and Dejan Jovejic converted from the spot for his sixth in the Galaxy’s fifth home win and first since the June international break.

Jonathan Bond was rarely threatened and made only three saves to preserve his sixth shutout for Los Angeles (8-6-3, 27 points) and first since May 8.

Montreal (9-7-2, 29 points) was held scoreless for just the third time this season and the first time on the road since a 2-0 loss to Orlando City in the season opener on Feb. 27.

CF Montreal are now 2-2-0 in four games since losing Djordje Mihailovic, who has a team-leading seven goals and four assists, to an ankle injury.

Raveloson was a key supplemental piece of the Galaxy’s offence a season ago, but he had gone 29 MLS matches since the last of his five 2021 MLS goals.

He ended that drought on the hour mark to add to what was already a two-goal lead after some skillful combination play from the Galaxy.

On the last two passes, Daniel Aguirre spotted Julian Araujo out wide, and Araujo curled in an outswinging, right-footed cross into the path of Raveloson, who hammered in a first-time finish.

Raveloson’s second goal came after an even more-impressive sequence. Substitute Sacha Kljestan provided the final pass, a first-touch look with the back of his heel to free Raveloson in the box for another goal from close range in the 79th minute.

Earlier, Chicharito and Joveljic scored in the same match for the second time in four games.

Chicharito it started in the eighth minute when Samuel Grandsir crossed from the left to Efrain Alvarez in stride near the penalty spot. Alvarez flicked a header toward the back post, where Chicharito collected it and finished low from a tight angle.

Joveljic doubled the lead in the first-half stoppage time on a penalty awarded for a Montreal handball following a video review.

It was Joveljic’s fifth goal in his last four games. He earned just his second start of the season Monday while Douglas Costa and Kevin Cabral served red-card suspensions.