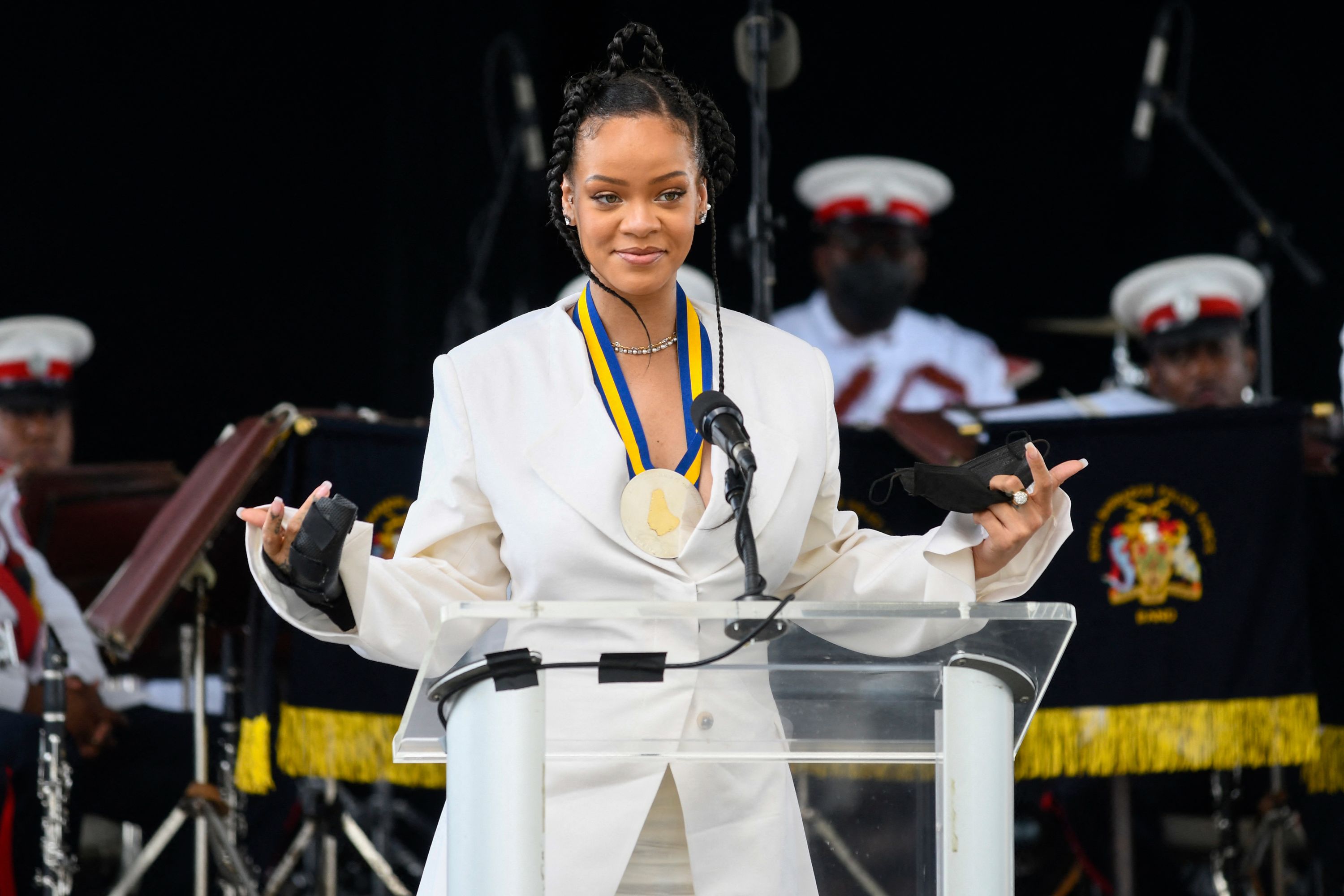 Yeah, I said it. On Monday, the 55th anniversary of its independence from Britain, the island of Barbados officially removed Queen Elizabeth II as its head of state and became a republic. It’s out with colonialism and a past fraught with violent imperial legacies, and in with Dame Sandra Mason and, of course, Rihanna.

Monday’s ceremony was a celebratory affair attended by dozens of officials, including Prince Charles, who came in his mother’s stead to congratulate Barbadians in a speech that acknowledged the “appalling atrocity” of British slavery on the island. Prime Minister Mia Mottley swore in Mason as the nation’s new president; Mason, 72, was previously governor-general. Parliament elected her to be the Barbadian head of state back in October as the island transitioned to becoming a republic. “It is a woman of this soil to whom this honor is being given,” said Mottley in a speech celebrating Mason’s taking office.

Another woman of Barbadian soil to be given an honor? The prime minister designated Rihanna, our favorite billionaire and assless-pajama creator, as a “national hero for Barbados.” I can think of few better ways to inaugurate a postcolonial republic. Add “Right Excellent Robyn Rihanna Fenty” to the list of her illustrious titles.

“This is a day that I’ll never, ever forget,” Rihanna told the crowd as a breeze blew in. “It’s also a day that I never saw coming. Barbadians are proud people, you know? We are probably the proudest people I know. And no matter where I go in the world, I take that pride with me. No matter where we go, the world is gonna know that we Bajan to the bone.” After accepting her new title, she called the people of the island “the true heroes of Barbados” and said she was proud to be “Bajan till the day I die.” Rihanna, who owns adjacent mansions in Beverly Hills, said the island was “still the only place I’ve ever called home.”

In her closing remarks, Rihanna prayed for the youth of Barbados to keep pushing the island forward and again expressed gratitude for the honor: “I have traveled the world and received several awards and recognitions, but nothing, nothing, compares to being recognized in the soil that you grew in.”