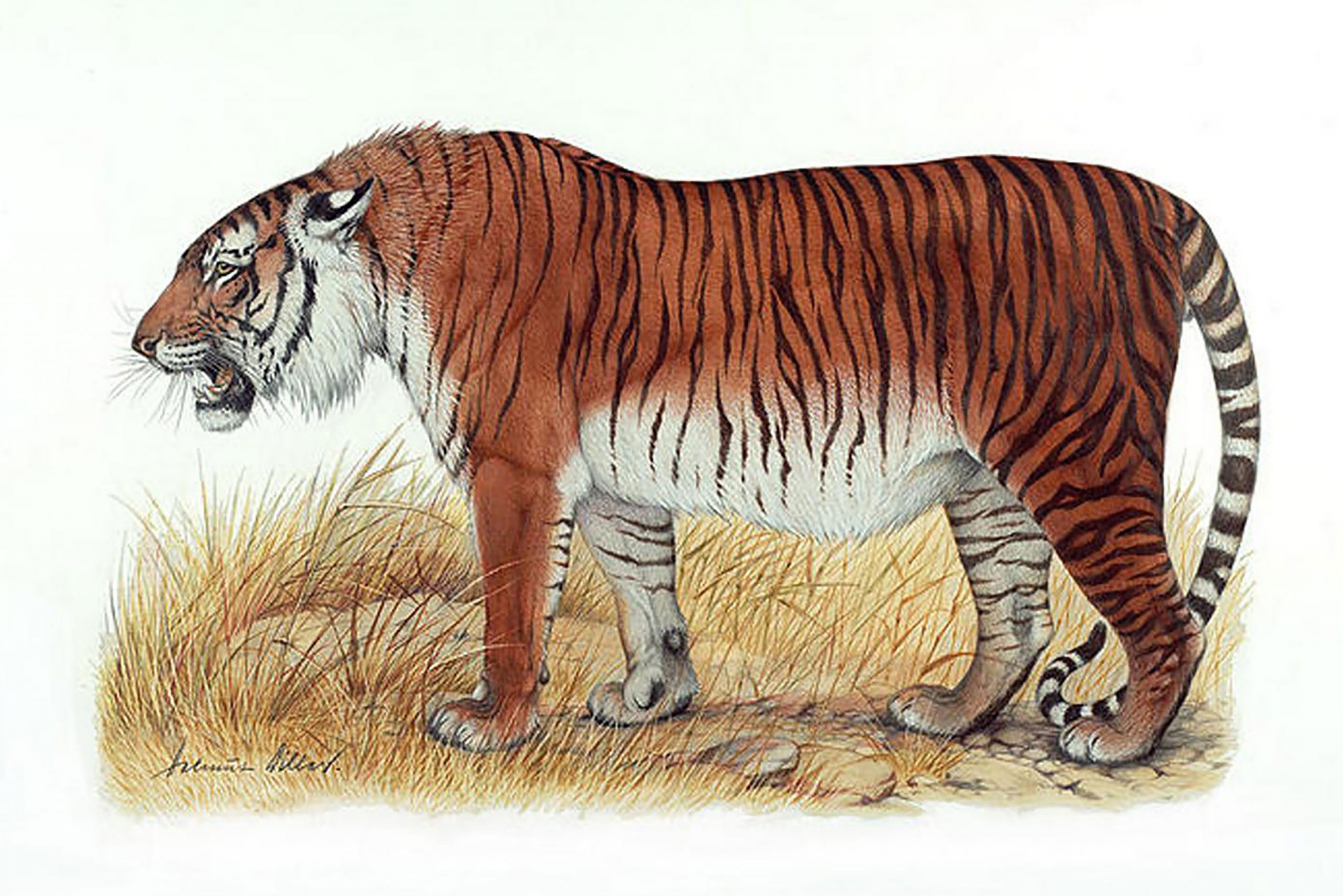 In addition to bringing back the woolly mammoth, genetic engineering company Colossal is also looking to resurrect another extinct species: the Tasmanian tiger.

Teaming up with Colossal Laboratories and Biosciences to bring back the Australian thylacine (Tasmanian tiger), a predator exterminated in the early 20th century, is the University of Melbourne’s Thylacine Integrated Genetic Restoration Research, or TIGRR, Lab.

Scientists will use CRISPR gene editing technology and the TIGRR Lab’s complete Tasmanian tiger genome from a preserved specimen to eventually create an embryo. The lab has also identified other surviving mammals with similar DNA to provide needed cells for the process.

“With this partnership, I now believe that in ten years’ time we could have our first living baby thylacine since they were hunted to extinction close to a century ago,” said Prof. Andrew Pask, who oversees the TIGRR Lab, in a description of the project on the university’s website.

Colossal, which has offices in Boston, Dallas and Austin, Texas, got attention last year when it announced plans to bring back the woolly mammoth by using elephant DNA.

“Some people classify us as a mammoth company, but we’re really a de-extinction company, so our goal is to focus on bringing back species that can have a positive impact on various ecosystems, and the Tasmanian tiger is definitely one of those species,” Colossal CEO and co-founder Ben Lamm told the Austin American-Statesman, part of the USA TODAY Network.

In other news straight out of Jurassic Park, researchers at the University of Copenhagen and Shantou University in China recently revealed plans to resurrect a smaller mammal, the Christmas Island rat.

For the Tasmanian tiger, the ultimate goal is to reestablish it on the island of Tasmania – also the home of the Tasmanian devil, an endangered species – located off the southeast tip of Australia.

Had the tiger not been killed off – the predator threatened sheep and livestock – it could have helped prevent the spread of a facial tumor disease that is eliminating the Tasmanian devil population, Pask said in the university’s online journal Pursuit.

“If we look at the modern-day habitat in Tasmania, it has remained relatively unchanged,” wrote Pask, who has joined Colossal’s scientific advisory board. “This means it provides the perfect environment to reintroduce the thylacine, enabling it to reoccupy its niche.”

The Tasmanian tiger typically grew to 20-27 inches tall and 39-51 inches in length, weighing as much as 65 pounds. It could run as fast as 24 mph, and fed on birds, lizards and small mammals, according to Colossal’s site.

“It had an iconic wolf or dog-like appearance, often described as a long dog with stripes, because it had a long, stiff tail and a big head,” Pask said in Pursuit.

A marsupial, the tiger’s young would reside and suckle milk in the mother’s pouch. That means an embryo can be implanted in a host species and when born can be bottle-fed. “We can generate living animals in a range of host species and potentially without the need for a host at all,” he said.