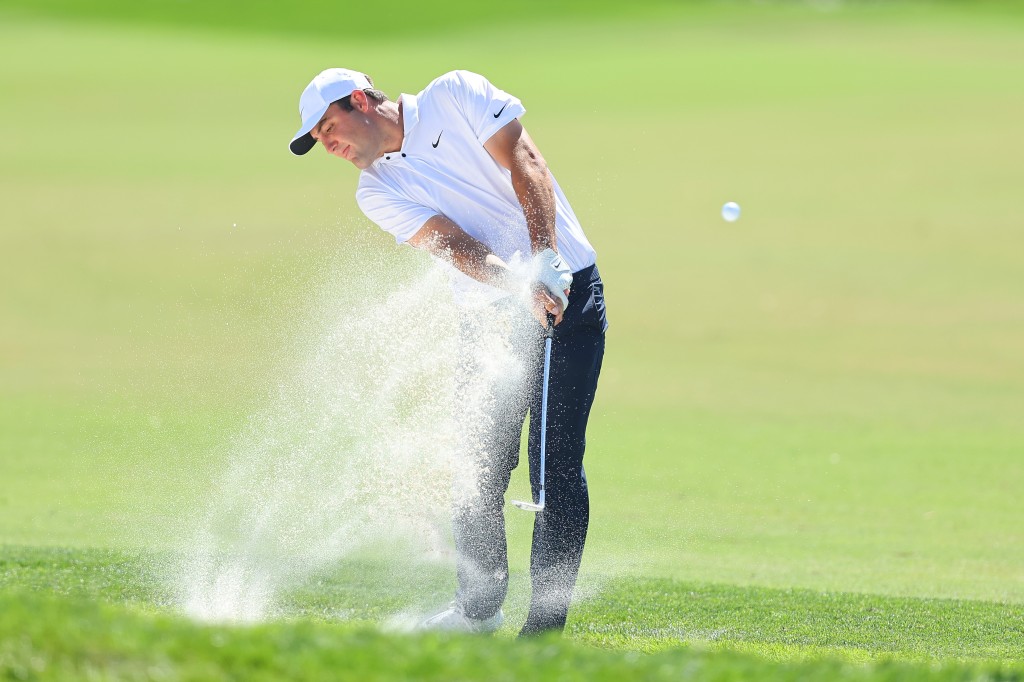 Throughout the final round Sunday at the Arnold Palmer Invitational, it was as if someone were playing a prank on the world’s best golfers.

Simple tasks, like needing fewer than three attempts to sink a putt from one yard away, were suddenly impossible. Greenside chips were no less wayward, usually long or short but rarely in between. The players, one after another, were left scratching their heads, stomping their feet in anger or smiling sardonically.

One tour veteran, Matt Jones, simply flung his putter into a pond after one such vexing experience. That was on Saturday, but it set the stage.

Had the golf balls been replaced with tricked-up orbs designed to wobble off line? Was the joke on top golfers who normally make a befuddling game look easy?

Alas, it was not a cruel ruse. If there was a conspiracy, it was one borne of thick rough, hard greens, gusting winds and the pressure to win one of the PGA Tour’s signature events. In the end, Scottie Scheffler, a rising young star, endured the exasperating challenge in the fewest strokes. With an even-par round of 72 on Sunday, Scheffler, 25, won his second PGA Tour event this year, rallying for a one-stroke victory at Palmer’s Bay Hill Club.

Scheffler, a New Jersey native raised in Texas who is now the fifth-ranked men’s golfer in the world, has an Everyman, self-effacing style that tends to overshadow his consistency and an impressive recent record that has made him one of golf’s hottest players. Scheffler finished in the top 10 of the last three major championships he has played, and he now leads the FedEx Cup standings.

But even Scheffler, who was five-under par for the tournament, felt drained from Sunday’s 18 taxing holes.

“The golf course was a total beat-down,” he said. “I’m very pleased I didn’t have to play any extra holes today.”

While the course conditions had been demanding throughout the tournament, the final charge on Sunday came after several hours of jockeying among the leaders. Scheffler began the day two strokes off the lead and had an uneven front nine with three bogeys and two birdies. But he settled down on his second nine and took a one-stroke lead with five consecutive pars heading into the pivotal par-4 18th hole. His tee shot on the final hole missed the fairway by a few feet, but his approach shot from 148 yards landed on the left side of the green about 69 feet from the hole.

It left the kind of lengthy putt that had led to myriad misadventures — and bogeys — for the rest of the field on Sunday. After his round, Scheffler conceded that the wind on some holes had sent putts as many as eight feet off line.

“Fortunately, the 18th green is kind of sheltered,” he said. “So when I hit my putt, I didn’t think the wind was blowing very hard.”

Still, it took nerve and confidence to calmly stroke his birdie attempt to within nine inches of the hole.

“I was just happy to see it next to the hole,” Scheffler, who tapped the ball in for a reassuring par, said with a wide smile.

Moments later, Hovland missed a 20-foot birdie putt from a difficult lie on the fringe of the 18th green that would have tied Scheffler for the lead and forced a playoff. Horschel was in the final group on the course, but he also missed a lengthy birdie putt to tie Scheffler.

Hovland, who is 24 and could be a rival for Scheffler for many years to come, was especially disappointed by Sunday’s outcome.

“This one stings,” Hovland said. He called the arduous conditions “the same for everyone,” but added that the wind could make putts “a guessing game” and a “test of patience.”

About 30 minutes before Scheffler was putting on the final green, Gary Woodland dramatically grabbed a one-stroke lead when he sank a 24-foot eagle putt on the par-5 16th hole. On the ensuing par-3 17th hole, Woodland’s tee shot found a bunker. Worse, he left his second shot in the sand, then missed a 5-foot bogey putt. His double bogey was followed by a bogey at the 18th hole, which left Woodland in a tie for fifth place, two strokes behind Scheffler.

Hatton, the 2020 champion in the event, had one of the most topsy-turvy final rounds with four bogeys and seven birdies, three of which came in the final seven holes.

The day began with Horschel and Talor Gooch atop the leaderboard and two strokes clear of the field. Gooch, 30, is enjoying his best year on the tour, but his troubles with the Bay Hill layout began early Sunday when he overshot the first green from 100 yards in the fairway and had to settle for a bogey. Gooch missed the green by 70 feet on the par-3 second hole, which led to a second bogey.

A birdie on the third hole seemed to steady Gooch until he became a notable casualty of the course’s greens, which were dried out by the wind and a cloudless day with temperatures in the mid-80s.

On the par-4 fifth hole, Gooch had a birdie putt of 19 feet. He missed it with the ball running two and a half feet past the hole. His next putt also missed, as did a 4-footer coming back toward the hole. When Gooch sank his fourth putt for double bogey, he was on his way to a 43 on the front nine and out of contention for the title.

Horschel, Gooch’s playing partner, was also staggered by the front nine, with three bogeys, a double bogey and a birdie. Rory McIlroy, a favorite entering the event who was only four strokes off the lead heading into the final round, shot three-over-par 39 on his first nine to tumble down the leaderboard. He finished one over for the event.

Jon Rahm, the world’s top-ranked men’s golfer, shot even par on his front nine, which, given the conditions, was an accomplishment. But Rahm could not continue that momentum and finished the final round with a 74 that left him two over for the event.