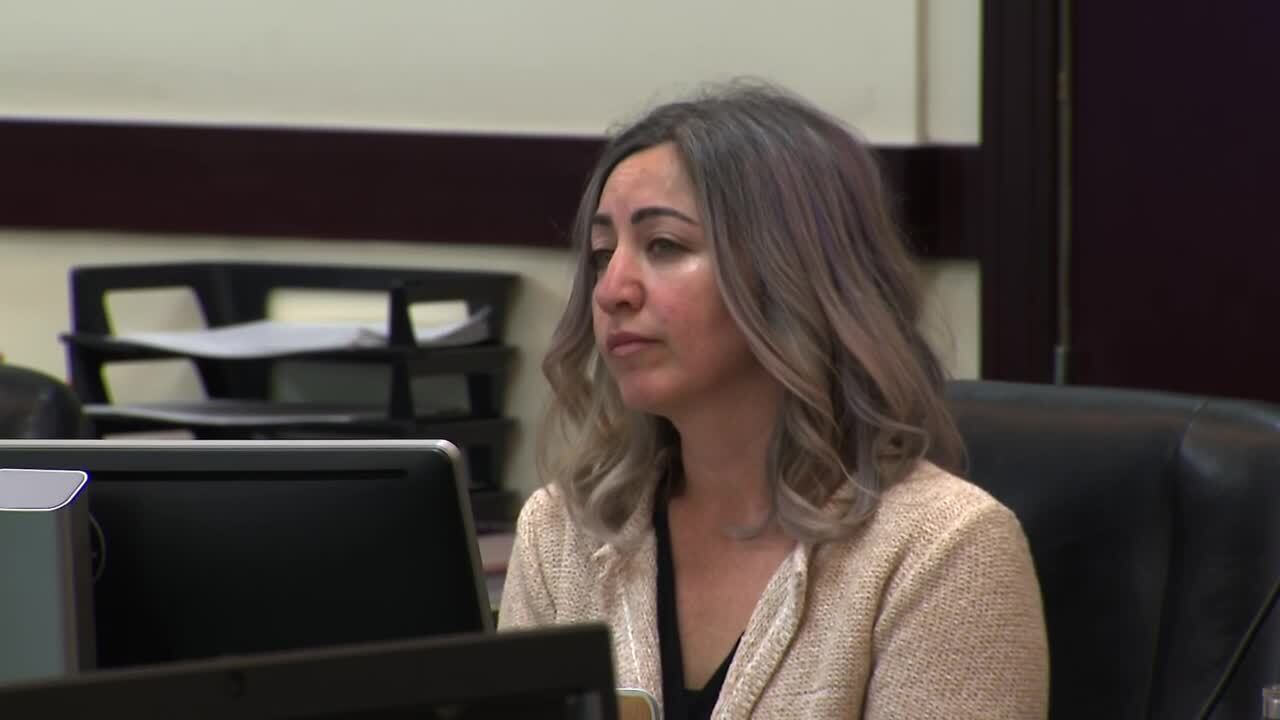 The second day of testimony finished on Tuesday for RaDonda Vaught, a former Vanderbilt University Medical Center nurse on trial for the death of a patient in her care.

She is accused of killing Charlene Murphey, who received the wrong medication and became unable to breathe in 2017. Murphy entered the hospital because of a brain bleed. In the following months after Murphey’s death, Vaught was fired from the hospital.

The state began the day by calling Tennessee Bureau of Investigation Special Agent Romona Smith, who gave testimony on Tuesday. Smith conducted a recorded interview with Vaught 11 months after the medicine mix-up.

Smith showed the jury what a vial of vecuronium looks like, highlighting there are warning labels on the vial that it is a paralytic.

She said that according to records from the Accudose machine, Vaught dispensed Versed, the correct medication, six times prior to the incident.

Defense Attorney Peter Strainse then asked Smith about the first death certificate filed for Murphey, which indicated she died of natural causes. Strianse asked if Dr. Zimmerman, the attending physician, filing a false report was ever a focus of her investigation. She testified that it wasn’t.

Next, the state called its eighth witness, David Howell, another TBI Special Agent that specializes in forensic science. Howell examined for fingerprints the vials and syringes used to administer the medication to Murphey.

After a brief morning break, the state called Sarah Douglas, a TBI scientist, to the stand.

Douglas showed the jury the vial and syringes used to medicate Murphey. She testified that the TBI doesn’t have the technical ability to test vecuronium, so they shipped it to the FBI for testing. The FBI then confirmed it was the substance as labeled.

The defense chose not to cross-examine Douglas, so the state then called its 10th witness: Chad Moore, a forensic examiner for the FBI.

Moore testified that he tested all of the items submitted by the TBI. His tests showed the vial and first syringe contained vecuronium, the second syringe did not detect vecuronium. Moore said the FBI could not determine what liquid was in the second syringe, but it was clear and colorless.

He then described how a vecuronium injection works, telling the court it is stored as a powder and mixed in with a water-based solution when injected.

Neeley testified that at first, he was worried Murphey’s brain bleed had resumed, which caused her to lose consciousness. He said Vaught told him she had mistakenly given Murphey vecuronium. He said he later told the Murphey family about the potential medication mix-up.

Neeley was asked to describe what happens when someone receives vecuronium without sedation or a ventilator. He told the court the drug paralyzes the body and suppresses breathing, adding that is essential when on a vent, but deadly when not.

The state then called its 12th witness, Shirley Pickering from the State of Tennessee Office of Health-Related Boards. Pickering described to the court her process with the state in investigating Murphey’s death.

She told the court she interviewed Vaught as part of the investigation, and Vaught told her that it didn’t register at the time that Versed doesn’t have to be reconstituted like vecuronium. The state then played a recording of Pickering’s interview with Vaught, which backs up her testimony. The court heard Vaught tell Pickering she only administered 1 mg of the drug.

During cross-examination, Strainse brought up that all the employees interviewed by the state investigator had a Vanderbilt lawyer present.

Diane Moat — who is employed by VUMC for 27 years — took the stand after a 15-minute recess. She is the director of risk management.

“Late in the evening, I received a call from the nurse practitioner,” Moat said. “She said she believed there had been an error with vecuronium. We discussed talking to the family. I wanted them to take care of their family and give them an early heads up.”

Moat said Vaught was upfront and distraught. She reported that the system that kept all the medication didn’t have the order in yet. They realized through time the page for coding was Murphey. The main nurse for Murphey realized it was vecuronium, and that nurse showed the bag to Vaught. She then told clinicians she had a medication error.

“We talked about the fact that vecuronium is a powder and the other is a liquid,” Moat said.

Moat was asked why Vanderbilt didn’t report the death to the Tennessee Department of Health. Moat said Vanderbilt didn’t view a medication mix-up as neglect at the time. She said VUMC now changed its reporting practices.

Terry Bosen — a pharmacist with Vanderbilt who is the medication safety program director — said during the time of the event that labeling on the pockets for paralyzing agents gave an extra layer of warning to nurses when they remove it from the drug case.

“There’s a pop-up message and another layer or warning that you’re accessing a paralyzing agent,” Bosen said.