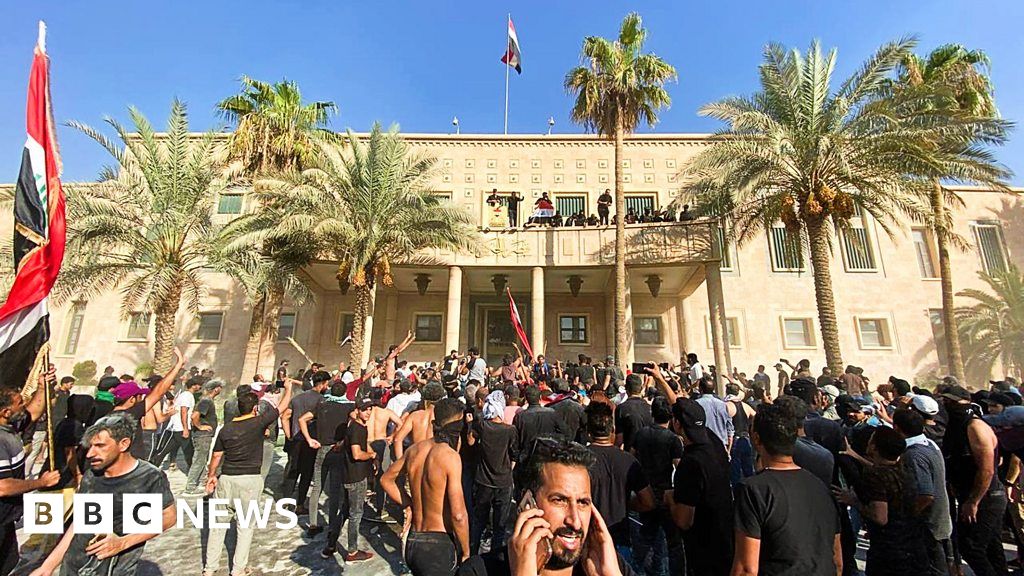 The public address system went quiet, and a pause ensued as people strained toward the player tunnel to get their first peak of the champion everyone had been waiting for.

Serena Williams, dressed in a sparkling jacket with a cape flowing from her waist, walked out to ear-shattering applause as her daughter, Olympia, joined thousands of fans pointing cameras at her mom in the middle of Arthur Ashe Stadium.

An announcer introduced her as “the greatest of all time,” and a record-setting U.S. Open crowd of 29,402 roared in agreement.

Williams, despite the shattering noise, maintained her focus as she walked purposefully to her seat and began preparing for the spectacle ahead — the first match in what is expected to be Williams’s last U.S. Open, her last major tournament.

“The crowd was crazy,” Williams said in an on-court ceremony to honor her afterward. “It really helped pull me through.”

“I think when I walked out, the reception was really overwhelming,” Williams said. “It was loud, and I could feel it in my chest. It was a really good feeling. It’s a feeling I’ll never forget … Yeah, that meant a lot to me.”

A host of celebrities — including a former president of the United States, a one-time heavyweight boxing champion of the world and many former tennis greats, like King and Martina Navratilova — watched along with thousands of tennis fans inside the stadium and out, all hoping Williams would win Monday’s match and continue playing.

It’s Not Just You — Blank Street Coffee Is Suddenly Inescapable

Does CBD Help With Insomnia?

The Allure of the Lurid? Elementary, My Dear Reader!

On Monday, Williams looked far better than she had in previous matches this summer and seemed energized by the moment, and the crowd. Kovinic, ranked No. 80, said it was so loud, not only could she not hear the ball coming off Williams’s racket, she couldn’t hear it coming off her own strings at times.

“On the outside courts we don’t have this experience,” she said. But Kovinic, who smiled amiably during the unusually long prematch introductions, handled her part with aplomb.

Even as fans focused on Williams, many were also captivated by Olympia, her 4-year-old daughter, who wore a similar black outfit with sparkles. Olympia had beads in her hair, evoking when her mother wore beads as a player.

“She asks to wear beads a lot,” Williams said. “It actually wasn’t my idea, but I was so happy when she had them on. It’s perfect on her.”

After the match, a ceremony was held to honor Williams, an unusual departure for the first-round match. Williams had announced earlier this month that she intends to retire from tennis to concentrate on her family, her spiritual life and other ventures. But as King said during the ceremony, “You are just beginning.” It could have referred to both Williams’s future outside of tennis and her journey in this tournament, which has already been defined with her imprint.

While inside the stadium the two players hammered balls from the baseline in front of a nervous but expectant crowd, the grounds outside the arena walls were crowded with an overflow audience of people unable to find tickets to get in.

Instead, they watched on the big video screen overlooking the fountains in the main plaza, and cheered along with roughly 25,000 on the inside, as long as they could see the images from where they stood.

“The screen needs to be bigger,” said Zandra Bucheli, an architect from San Francisco. Her brother, Jorge Hernandez, from Long Beach, N.Y. — and an architect, as well — said that despite not getting inside the stadium, his family members were still enjoying the scene in the plaza.

“It’s just over the wall,” he said. “And the atmosphere out here is good. You get a feel for it.”

The Gray family, from Bowie, Md., drove four hours to watch Monday’s matches and planned to drive back home after it was all over.

“I’m extremely excited,” said Anita Gray, whose two sons, Cody, 12, and Coy, 14, play competitive tennis and train at the Tennis Center in College Park, Md., where the 26th-ranked Frances Tiafoe first honed his game. The boys’ father, Rory V. Gray, has been coming to the U.S. Open since 1993 and said he would watch Williams and her sister Venus working out on the back courts at the U.S.T.A. Billie Jean King National Tennis Center with their father, Richard Williams. They were both schoolgirls at the time, and virtually no one else was there watching with him.

It was a far different scene on Monday when Serena Williams practiced before the night match. Hundreds of fans waited patiently for her to appear at about 6:15 p.m. for a half-hour warm up. As soon as she emerged into view, the fans began to scream and cheer while a dozen cameras followed Williams to the door of the courts.