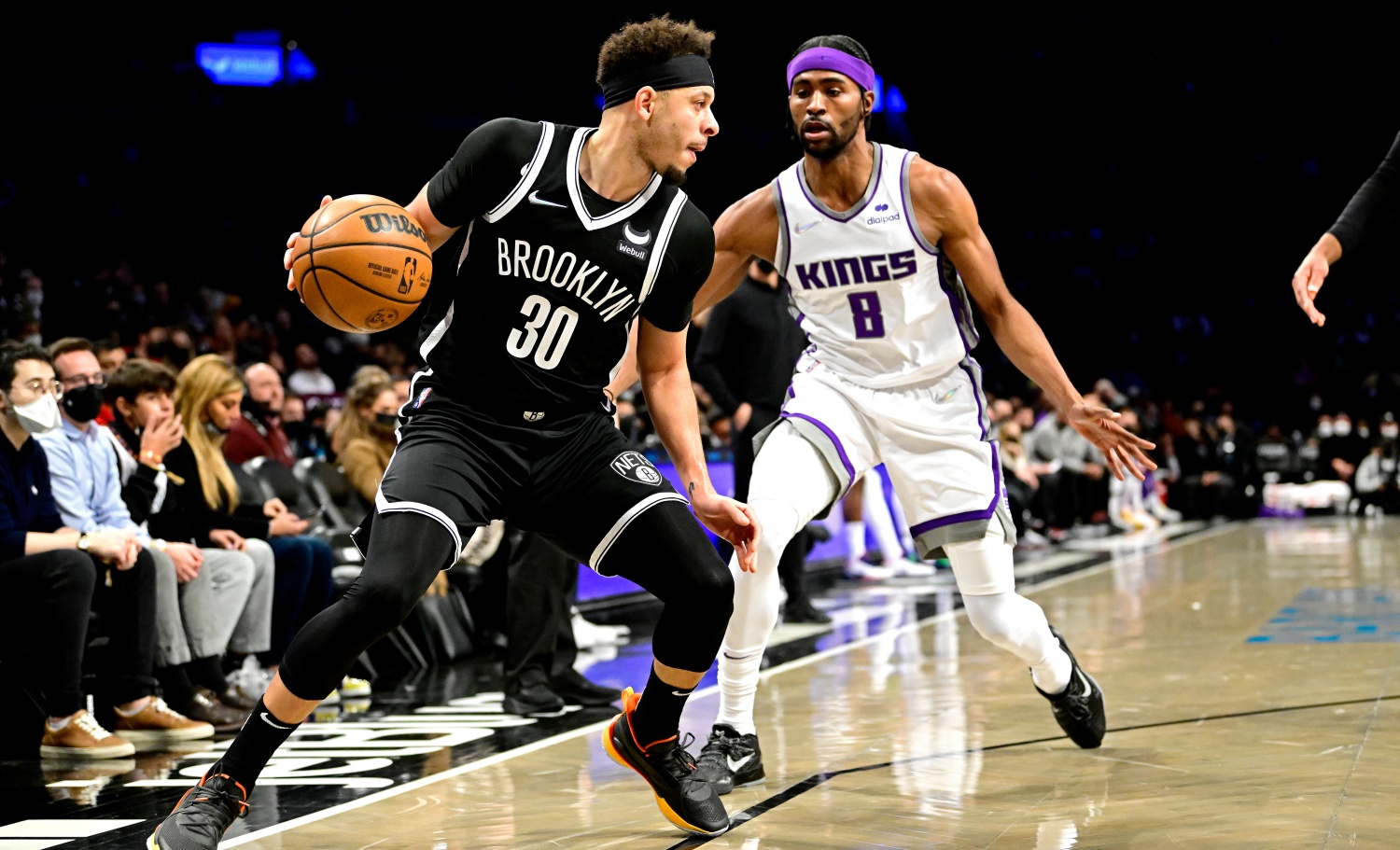 The James Harden era of Brooklyn Nets basketball ended in a humiliating loss to the Sacramento Kings. Harden scored just four points and displayed lackadaisical effort in the double-digit defeat. That was the last game he would ever play as a Net. It is therefore fitting that the next era of Brooklyn basketball began on Monday with the Nets defeating, of all teams, those same Sacramento Kings.

Seth Curry and Andre Drummond made their debuts for the Nets on Monday, and they couldn’t have come at a better time. Brooklyn had lost their previous 11 games, but Curry and Drummond combined to give the Nets 34 points, 16 rebounds and nine assists in a 109-85 victory. Absent in the game were Brooklyn’s recently altered big three. Kevin Durant is injured. Ben Simmons is still working his way back into playing shape both physically and mentally. Kyrie Irving couldn’t participate because the game was in New York. Curry didn’t need his full roster, though. Monday gave him a taste of just how special this team can be.

“I didn’t have to see what we did tonight to know what kind of style we would play,” Curry said after his 23-point outing. “We’ll have so many weapons out there, offensively and defensively. It’s gonna be a lot of fun to play. It’s been a while since I got up and down the floor like that, play with that kind of pace even in the half-court. We’re gonna be a tough team down the stretch when everybody gets healthy. I’m looking forward to it.”

Drummond shared that sentiment. “We have a great group of guys,” Brooklyn’s new center said. “Guys that are missing right now. We got to wait for them to get healthy but once everyone gets back, I think we’ll be very good and make a very good push in the playoffs.”

The Nets still have a long way to go. That 11-game losing streak sent them tumbling down the standings. Brooklyn currently sits at No. 8 in the Eastern Conference and trails No. 6-seeded Boston by 2.5 games. If they got healthy tomorrow, making up that deficit might appear easy, but there is no telling when this team will be at full strength. In the interim, it will be a struggle just to stay afloat. Brooklyn has winnable games against the Knicks and Wizards before the All-Star break, but come back afterward to immediately face the Celtics twice, Raptors twice, Bucks and Heat in their first six games. Securing a spot in the top six will not be easy.

But if this is how good the Nets can look without their three best players, the sky is the limit when they finally have their complete team. If the Nets can get healthy in time for the postseason, they’re going to be an extremely difficult out.