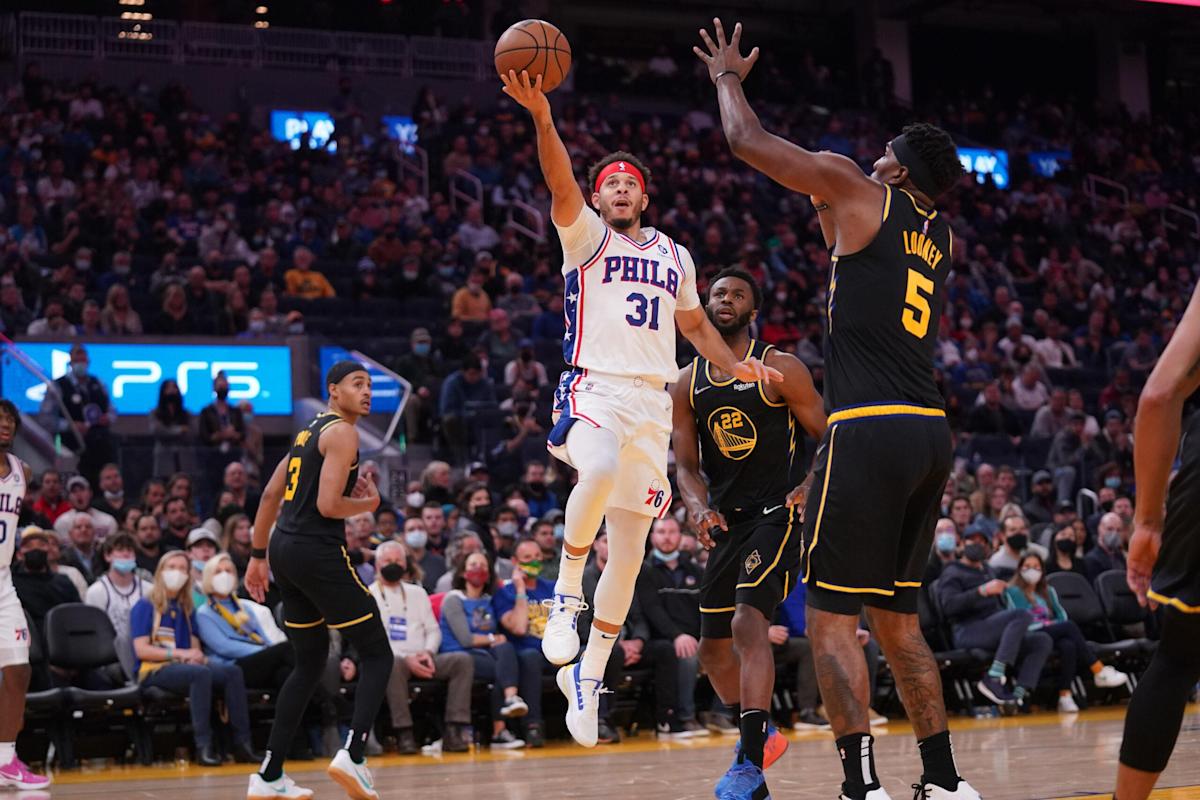 The Philadelphia 76ers wrapped up a very long 6-game, 13-day road trip on Wednesday with a trip to The Bay to take on the NBA-best Golden State Warriors. While the team welcomed back a couple of starters back into the fold, they were once again shorthanded missing top scorers Joel Embiid and Tobias Harris.

Those losses were too much to overcome in this one as the Sixers fell to the Warriors 116-96 despite leading by as many as 19. It’s a somewhat expected loss considering the fact that Philadelphia was so shorthanded and the Warriors have the best record in the league led by the MVP front runner to begin the season in Stephen Curry.

Seth Curry had 24 points and Tyrese Maxey had 19 points to lead Philadelphia to the win in this one. Danny Green came off the bench and had 10 points, Matisse Thybulle had seven points, five rebounds, three steals, and two blocks, Georges Niang added nine points before fouling out, and Andre Drummond pulled down 12 rebounds.

Here are the player grades following a tough loss in The Bay:

This kid continues to impress. Goodness, gracious. Maxey continues to play well above his 21-years and make plays on this road trip. He made some really tough shots against good defense as well as getting into the paint and making plays for both himself and his teammates. He did have a tough end to the second quarter which allowed Golden State to get back in the game, but this was another overall good Maxey game as he continues to grow.

With Philadelphia needing a good start to keep up with the Warriors, Curry went to work against his brother, Stephen. Seth did a great job of moving without the ball and being able to get himself open for easy baskets. He was a consistent source of offense for the Sixers as he was getting to the basket, knocking down midrange jumpers, and causing a lot of problems for the Warriors. Once he got going, it opened up opportunities for other players.

The things Thybulle can do on the defensive end is just insane. There was a stretch where he raced out to the corner and rejected a 3-pointer, then got out in transition and converted a layup, and he came back on defense and stole a pass from Draymond Green. His length and his instincts really bothered the Warriors all night long and there was one possession where even Steph Curry thought twice about challenging Thybulle.

This was another typical night for Niang on offense. He knocked down a triple and was active on the offensive end as well as providing some help on the defensive end. However, he did commit a few bad fouls and he was called for a flagrant-1 foul, although the call was pretty questionable. When he is knocking down shots as he has been, Philadelphia’s offense takes another step forward.

This was an up and down Drummond game. He took advantage of the smaller Warriors and he was a rebounding magnet at the start and when he is motivated and feeling good, he can be such a problem down low. However, Golden State’s speed did seem to exploit him in the second half and he had trouble finishing around the rim as he only scored one point on 0-for-5 shooting. If there is one gripe about Drummond, it is his lack of focus at times. There were a few times in this one where he would bark at the officials about what he felt were missed calls and the Warriors went down on the other end and get easy buckets as he did not get back in transition.

Coming off the bench after missing four games in a row, Green made an impact right away. He knocked down a triple off a screen and then he put the ball on the floor, got into the paint, and finished a floater over tough defense. He stayed hot as he scored in double-figures in the first half and he also drew a charge from Draymond Green. The old man was very helpful in this one as he was one of the few Sixers who scored in double-figures.

Korkmaz continues to struggle from deep and that is going to have to change. This has been a tough stretch for him, really once Embiid went down, and eventually, he is going to have to break out of it. To his credit, he did do other things on offense like get into the paint a bit and he had a nice move for a few buckets. That offense was helpful in this one.

It’s good to see Joe begin finding some type of rhythm. There were a couple of moments the second-year guard had in this one where he was able to step into a shot and finish off a pass from Maxey. He also had an impressive 1-on-1 move in the fourth which led to a stepback jumper.