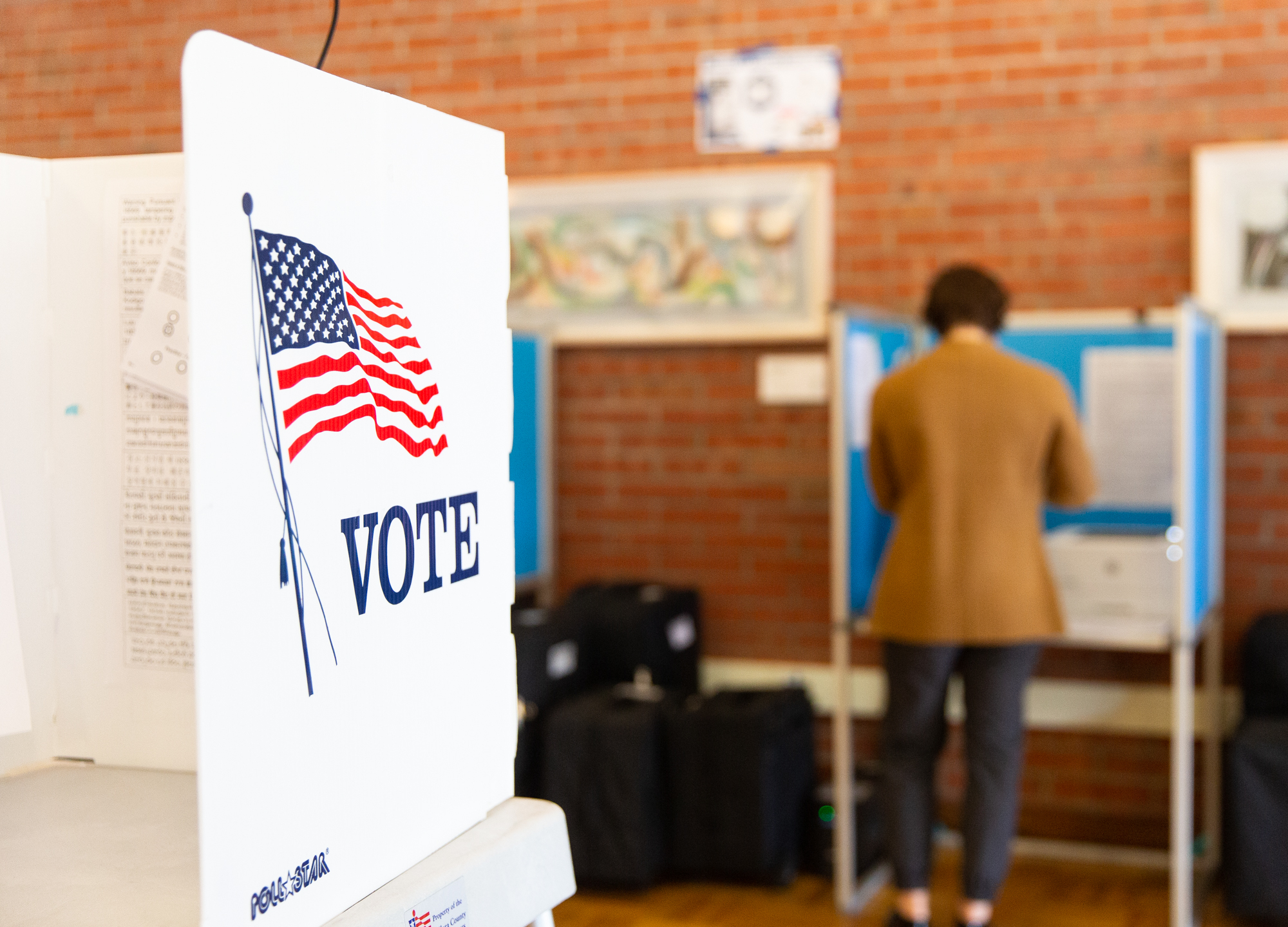 With approximately 52% of ballots counted, Arenas is ahead with 28.71% of the vote, or 10,196 votes. Khamis has 26.40% of the vote or 9,375 votes. The other candidates, Morgan Hill Mayor Rich Constantine, Santa Clara County Board of Education Trustee Claudia Rossi and longtime political staffer Denelle Fedor, are trailing with 20.45%, 18.91% and 5.54% of the vote, respectively.

“It’s still early—and I always approach early returns with a grain of salt—but I’m deeply honored to see these strong early returns,” Arenas told San José Spotlight. “Santa Clara families need someone who will always fight for them, and right now I’m hopeful to have that opportunity.”

Khamis said he’s proud of the effort his volunteers have made during his campaign.

“We gave it everything and it shows,” he told San José Spotlight. “Our hard work is paying off.”

Measure A, a countywide proposal to extend the term limits of Santa Clara Valley Water District board members from three- to four-year terms, was winning handily with more than 50% of the vote.

“It’s still early, and I always approach early returns with a grain of salt, but I’m deeply honored to see these strong early returns,” Arenas said in a statement. “Santa Clara families need someone who will always fight for them, and right now I’m hopeful to have that opportunity.”

Arenas is a San Jose councilmember and progressive who is backed by labor interests. If Arenas ends up as supervisor, it would tilt the ideological scales of the Santa Clara County Board of Supervisors for the area’s progressive wing.

Khamis, a conservative, said he was proud of the work his campaign has done so far.

“We wanted to be number one but we’re in the top two,” the former San Jose city councilmember said. “I believe the numbers will only improve over time.”

District 1, which covers the southeastern portion of Santa Clara County that includes Morgan Hill, Gilroy and large stretches of unincorporated land, has been held by conservatives for the last two decades.

The race for Santa Clara County district attorney appears to already be over, with three-term incumbent Rosen garnering about 60% of votes from the initial returns Tuesday night.

“I think this is more an indication of the people who work for me than it is me,” said Stone. “I have a wonderful staff that makes me look better than I deserve.”

In San Mateo County, seven candidates are fighting for two open seats on the Board of Supervisors after longtime members Don Horsley and Carole Groom were termed out this year.

“I’m incredibly grateful to the voters and the supporters who helped during this campaign,” said Mueller. “I’m excited to get back to work for the general election.”

Parmer-Lohan said she was “excited with how the vote” was trending.

“I’m looking forward to further election updates,” she said. “I’m very pleased with where we stand right now. We’ve run a positive campaign on my vision to address climate change.”

“Thrilled to be in first place after the first results have been announced and looking forward to seeing the rest of the results roll in,” said Stone.

Corzo said she was “feeling great.”

“I’m very hopeful that we will go on to a run-off,” she said. “Seeing these results is amazing.”

The race for the San Mateo County sheriff’s seat, held by Bolanos since 2016, comes as Bay Area residents continue to scrutinize law enforcement amid a national conversation on the role of the police.

San Mateo County Sheriff’s captain Corpus is trying to unseat her boss on a platform of reforming a department that has long been tinged with controversy. If elected, she would become the first woman sheriff in the county’s history and the first Latina sheriff in California.

Bolanos says he plans to significantly expand Sheriff’s Department services and build a new headquarters. He’s been criticized by some residents for working with Immigration and Customs Enforcement agents and for being detained outside a brothel in Las Vegas in 2007.