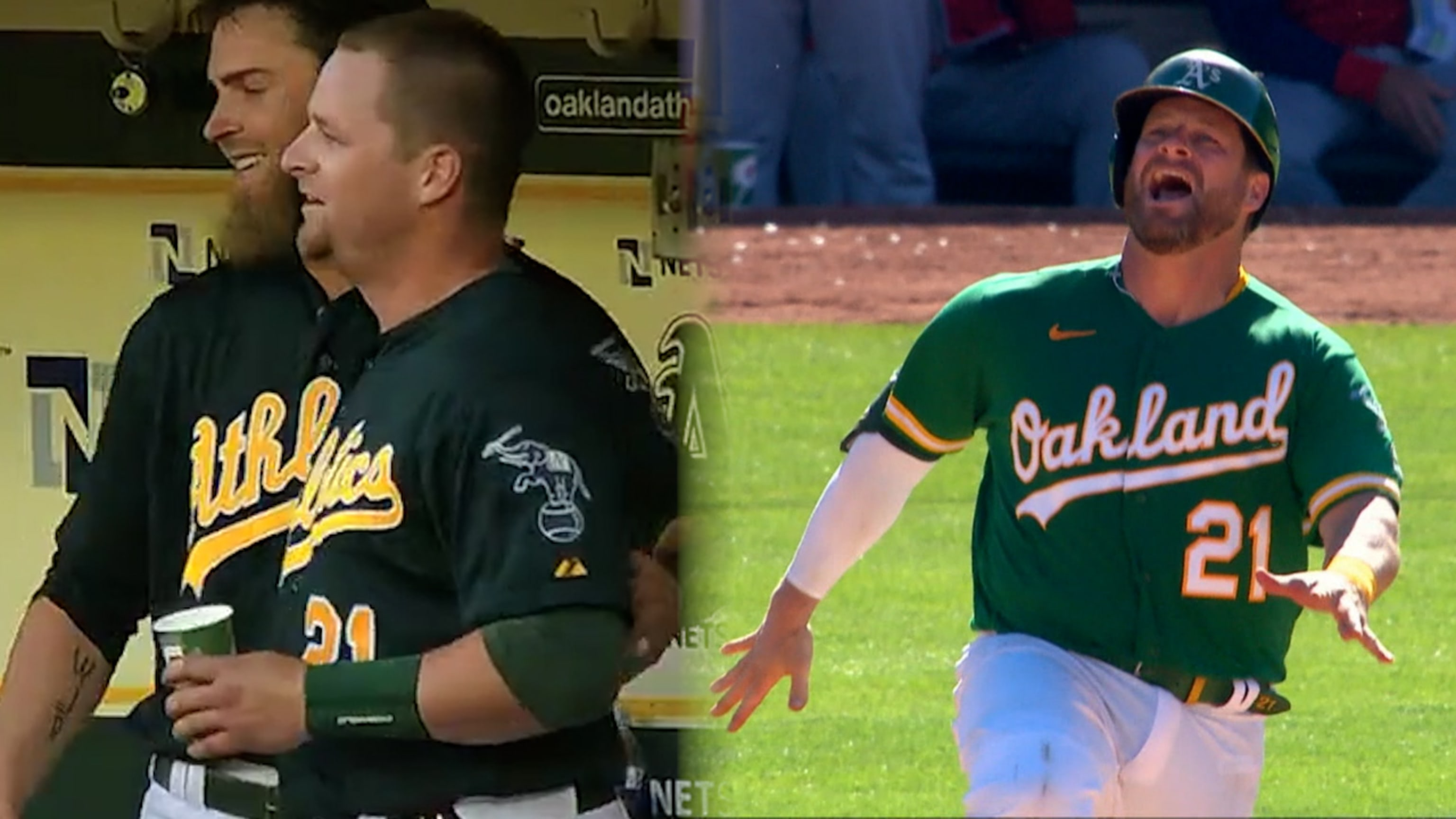 At 37 years old, one former All-Star is ready to close his chapter on baseball.

Growing up in Visalia, Calif., Stephen Vogt spent countless summer nights in the Central Valley heat imitating the swing of Will Clark, his favorite player on the Giants. Set up in his front yard, he’d pretend to hit home runs, visualizing himself doing so on a big league field.

Playing his last Major League game on Wednesday in the A’s 3-2 victory over the Angels, Vogt got one last chance to live out his childhood dream.

Vogt — who announced on Sept. 22 that he would be retiring at season’s end — took a slow stroll to the plate and soaked in the ovation from the Coliseum crowd.

Sharing a hug at home plate with on-deck batter Ernie Clement, Vogt received high-fives all around from each one of his teammates and coaches who jumped out of the A’s dugout to celebrate the homer.

“My kids and my wife are the most important people in my life,” Vogt said. “I had tears in my eyes. It was everything I could dream of. To have my family with me on my final day and be given the opportunity to walk away on my terms, it’s not something I take lightly. I know very few of us get to do it, and I’m so thankful.”

Concluding his 10-year career with a big fly, Vogt became just the 10th player in the expansion era (since 1961) to have a home run for his first and last career hit, with the last coming at least 10 years after the first. The similarity between the two homers is also quite uncanny.

“They’re both very similar,” Vogt said. “Both on fastballs out over the plate. I’m sure I’ll watch the replay about 1,000 times here in the next few days. The fact that it was the same exact spot, right when I hit it, I knew. That’s all I can really think about. I’m so blessed. It was a very special moment. To see my teammates’ reactions, that’s everything to me.”

“What a beautiful day that the Oakland A’s organized for my family and myself,” Vogt said. “What a game. Catching seven shutout innings and hitting a homer in your final at-bat, can’t even make it up.”

When Vogt announced last month that he’d be retiring at season’s end, he made it clear that he desires to remain involved with baseball in some capacity. Whether it be as a manager or broadcaster, he’s not quite sure yet. In the meantime, he’ll spend time with his family back home in Olympia, Wash.

“It was fun,” Vogt said of his final Major League season. “Ken’s got such a great arm. He’s learning how to pitch. Along with JP Sears, Nick Allen, James Kaprielian, the list goes on of the young talent in this building. The guys in that room are ready for next year. The sky’s the limit for a lot of young guys in that room. I’m excited to keep an eye on them from wherever I might be.”