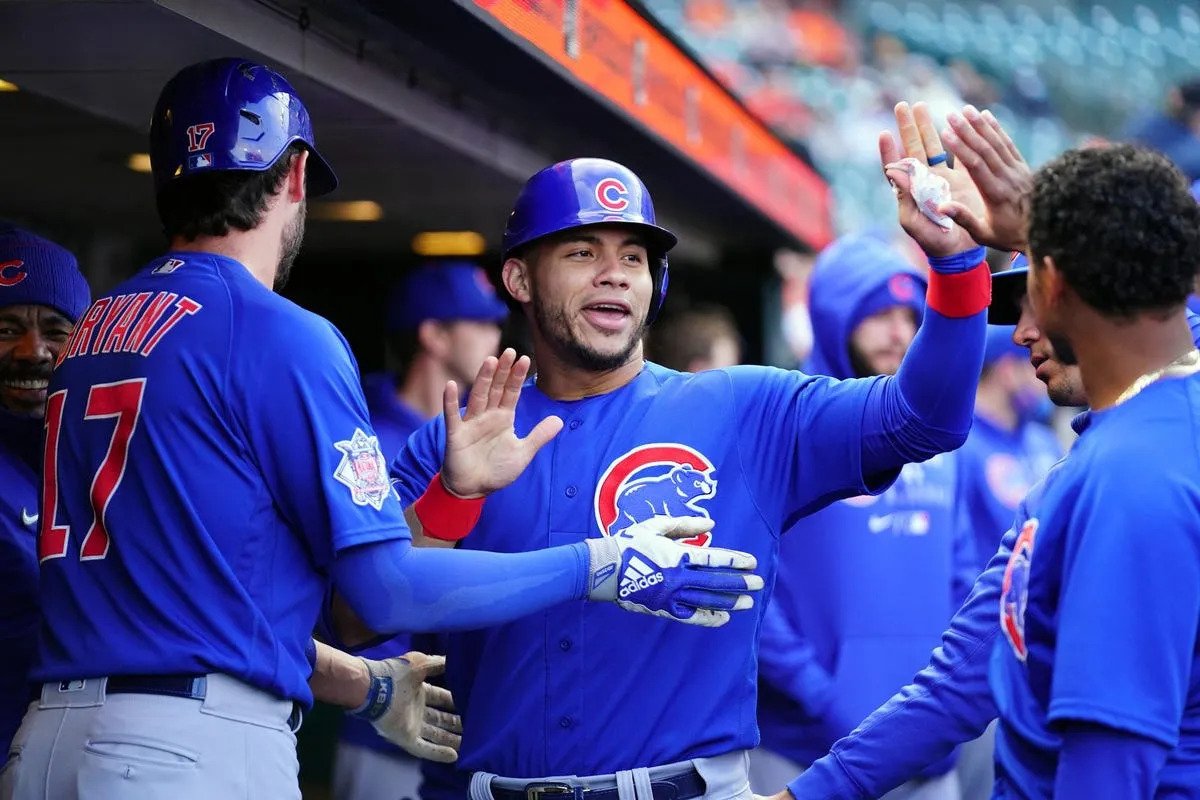 He certainly looked cool, calm and collected in the Cubs’ 5-4 Opening Day win against the Brewers.

“It was actually really fun,” Suzuki said through Toy Matsushita, his interpreter. “In all my at-bats, I was able to be myself, so I just enjoyed the game today.”

Suzuki, making his MLB debut, went 1-for-2 with a single, two walks and a strikeout. He batted sixth and played right field.

The base hit and one of the walks came against Brewers starter and reigning NL Cy Young Award winner Corbin Burnes.

“You don’t know what’s going on inside, but he was as calm as could be, it seemed like,” Cubs starter Kylene Hridcks said of Suzuki. “Taking the right pitches, great approach, getting to the next guy, taking his walks, and putting good swings on good pitches.

“I was super, super impressed just with his demeanor and his approach, how he took his at bats, all of it.”

On the first walk, during Suzuki’s first big-league plate appearance, he fell behind 1-2 before drawing the free pass — laying off a borderline 2-2 cutter slightly up out of the strike zone.

Suzuki said he’s never seen a pitch with as much movement and power at the same time as Burnes’ cutter.

“I came to this stage to challenge myself and to be able to face pitchers at that caliber,” Suzuki said. “It’s going to bring my game to another level. I’m just very excited for what’s ahead.”

It’s been expected there would be an adjustment period for Suzuki as he gets more experience against big-league pitching. He noted the different pitching motions and pitch sequences in MLB compared to Japan’s NPB.

However, he said he’s been getting a better feel for the game through his at-bats since spring training, and his manager has noticed.

“It feels like he’s getting comfortable with every at-bat, right?” David Ross said. “The timing is there. It’s nice to see him get his first knock, making guys throw in the zone.

“It’s not an uncontrolled swing when he does [swing], and if he has one that where he feels like he’s off time, he makes the adjustment really quickly from what I’ve seen so far.”

In fact, even on the day he got his first big-league hit, Suzuki said he was most proud of those two walks.

“I’m always conscious of just getting on base when I get in my at-bats,” he said. “That’s something that I’m always trying to work on in terms of getting my results.”

That doesn’t mean he and his teammates didn’t celebrate that career-first and achievement. Ross said it was the loudest the Cubs dugout got, beside when they wrapped up the 5-4 win.

“It was awesome,” Hendricks said. “When he came in everybody was so excited, congratulating him, hugs all around.

“He had a big smile on his face, so an awesome moment. Something I won’t forget. I know he won’t for sure.”