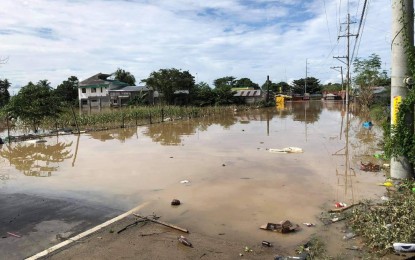 Before heavy rain from a strong Kona low made its way to Oahu, the strong system pummeled Maui County.

The storm knocked out power in many parts of the Valley Isle, including Kahului Airport on Sunday night, and service still has not been restored to thousands of customers.

Hawaiian Electric crews reported that since Sunday, some 22,000 customers have experienced brief to extended power outages linked to the storm.

Meanwhile, several roads are closed because parts of the island are still experiencing severe flooding.

In parts of South Kihei, there were vehicles stuck in the water and the mud.

Several residents said they had to self-evacuate and find higher ground.

On Monday afternoon, crews were working to clear debris from roads around the island. There were also reports of downed trees in Kaanapali.

On Molokai, floodwaters forced the closure of a main highway, forcing some people who work in town to stay put.

“There were reports in Kalae on the top of Molokai of almost 9 inches of rain,” said Molokai resident Rick Schonely. “So this is a soaker. And some high winds also.”

Here are some of the preliminary 48-hour storm rainfall totals for Maui County, reported at 5 p.m. Monday (in inches):