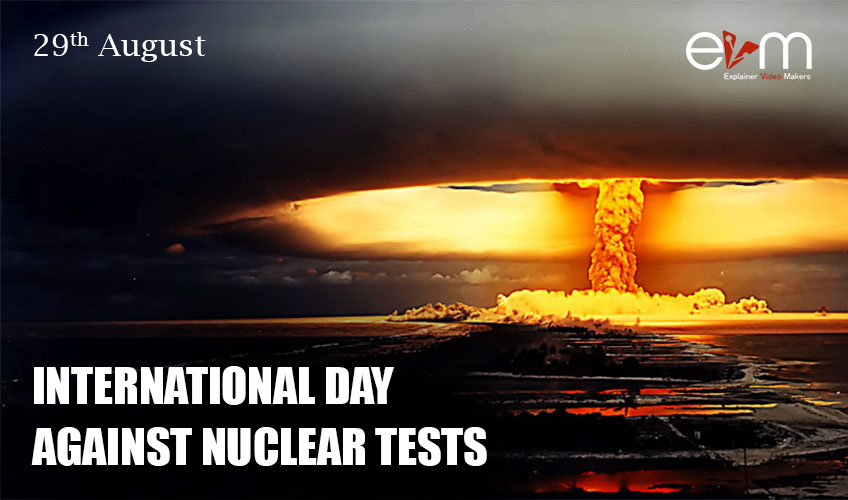 International Day against Nuclear Tests is marked annually on August 29 to raise awareness about the negative impacts of testing nuclear weapons. Since the first nuclear weapon test on July 16, 1945, more than 2,000 such tests have been carried out. And, with the continuous technological advancements, these lethal nuclear weapons are today considerably more destructive than they once were. The catastrophic effects of nuclear bombs and the repercussions of these tests on humanity were not given much attention in the beginning. But history has made it very obvious how deadly the consequences of atomic weapon testing are. As a result, with consistent international efforts, the Comprehensive Nuclear-Test-Ban Treaty (CTBT), which prohibits all forms of nuclear testing, was established in 1996.

The United Nations organises an event on International Day against Nuclear Tests to raise public awareness of the impacts of nuclear weapon tests and detonations and to further emphasise the necessity of ending such tests.

The International Day against Nuclear Tests was established during the 64th session of the United Nations General Assembly (UNGA) on December 2, 2009, when resolution 64/35 was adopted unanimously. According to United Nations, the resolution attempts to raise public awareness and educate people “about the effects of nuclear weapon test explosions or any other nuclear explosions and the need for their cessation as one of the means of achieving the goal of a nuclear-weapon-free world”. The Republic of Kazakhstan, along with a significant number of sponsors and cosponsors, proposed a resolution to commemorate the shutdown of the Semipalatinsk Nuclear Test site on August 29, 1991. This resolution resulted in the selection of August 29 as the date for the annual observation.

The first International Day against Nuclear Tests was marked in 2010. Since then, the day has been commemorated by organising a variety of events around the globe, including seminars, conferences, exhibitions, lectures, and media broadcasts.

There have been several crucial developments and dialogues that have unfolded on a global scale since the International Day against Nuclear Tests was proclaimed. To further expand and advance this progress, several efforts pertinent to its goals and objectives have also been made. The day also aims to engage governmental and non-governmental organisations, youth networks, and the media to inform, educate, and promote the necessity of ceasing nuclear weapon tests.