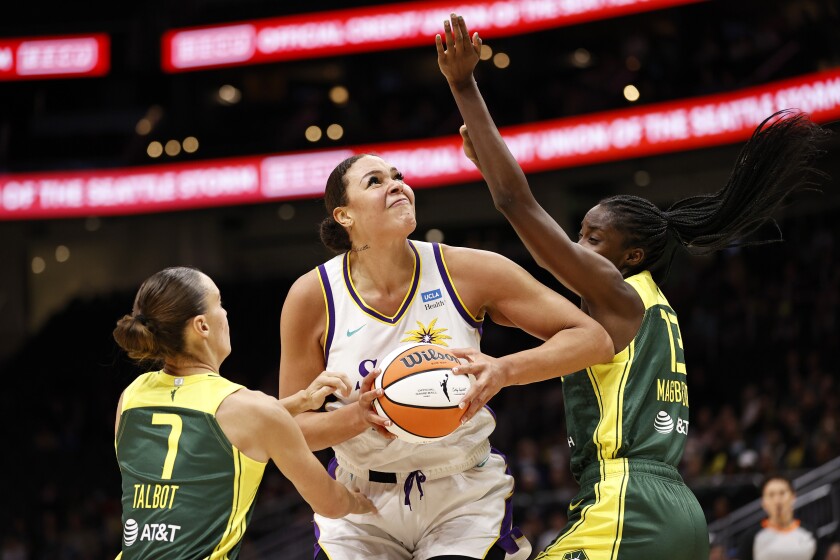 A’ja Wilson scored 24 points, Jackie Young added 19 points and nine rebounds, and the Las Vegas Aces routed the Sparks 104-76 on Monday night for their fifth straight victory.
The Aces tied a WNBA record with 18 three-pointers, topping the team mark of 16, and scored 100-plus in back-to-back games.

Kelsey Plum had 17 points and eight assists and Gray finished with 14 points for Las Vegas (7-1), which became the first WNBA team to score 39-plus points in a quarter this season. Kierstan Bell scored 12 points.

Liz Cambage made her return to Las Vegas and picked up two early fouls before finishing with 10 points for the Sparks (2-5). Chennedy Carter added 17 points, Jordin Canada had 11 points and nine assists, and Nneka Ogwumike scored nine points.