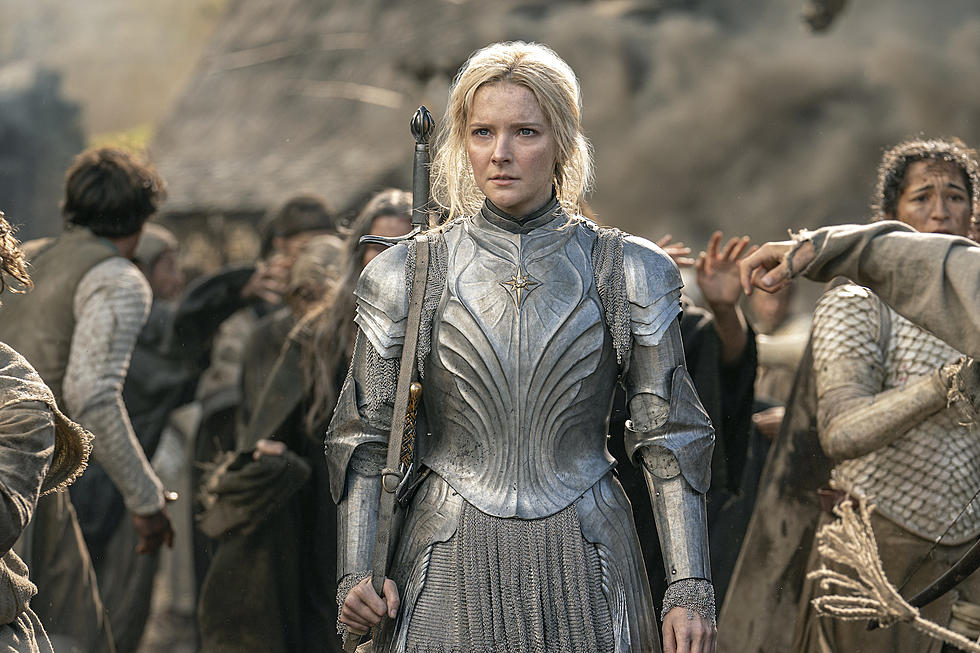 The new Lord of the Rings TV show The Rings of Power takes you somewhere you’ve been before.

Among the many familiar elements in the Prime Video series coming Sept. 2 is the dwarf stronghold of Khazad-dûm. If you’ve watched Peter Jackson’s classic Lord of the Rings film trilogy, you’ve visited Khazad-dûm as a terrifying tomb littered with skeletons, festooned with cobwebs and policed by a particularly nasty fire demon.

Now, long before Gandalf slipped off the edge of a smashed stone bridge, Khazad-dûm is a bustling kingdom where giant mirrors reflect light into its depths, vibrant greenery flourishes, and countless dwarves bustle about. Two decades after Jackson first took us to Middle-earth, The Rings of Power presents something familiar, but freshened up enough to make the visit worthwhile for established fans and Tolkien newbies.

This is the challenge The Rings of Power faces. In the last 20 years, The Lord of the Rings trilogy has ingrained itself in mainstream pop culture — from memes about not simply walking into Mordor, to Gollum impressions. Some never left Middle-earth, but for others, it’s a question of whether a return is wanted or justified.

To borrow a quote from Galadriel in The Fellowship of the Ring, The Rings of Power seems to understand that its quest stands upon the edge of a knife. Judging from screeners of the first two episodes provided by Prime Video, The Rings of Power makes a steady return to Middle-earth, offering all the things that endeared the originals to so many of us those many years ago: the breathtaking vistas, the latex prosthetics and even the occasional bouts of ponderous dialogue delivered to some point on the horizon.

The Rings of Power takes place in the Second Age of Middle-earth, thousands of years before Frodo and friends ever thought about leaving the Shire. The series focuses on the forging of the infamous nine rings, and the evil Sauron’s earlier, mayhem-inducing run. Thanks to the longevity of elves, Galadriel (played by Morfydd Clark) and Elrond (Robert Aramayo) return as characters, accompanied by a host of new elves, dwarves, men and Harfoots (short-statured ancestors of Hobbits), all experiencing that sinking feeling something wicked is afoot, and the accompanying denial.

Rings of Power successfully balances the way it makes itself accessible to newcomers, fans of the movies, and more intense lore fiends. (Though it remains to be seen how much the liberties it does take with Tolkien’s work piss off the harder-core crowd.) If Fëanor and his hammer or Aulë and his beard don’t mean anything to you, that’s completely survivable.

The series adopts the visual style of the movies. The first two episodes alone serve up a feast of sweeping shots over snowy mountains, open plains and painfully gorgeous elven architecture. Rings of Power uses the same kind of color grading that makes both Rivendell and the newly introduced Lindon glow golden, but the realms of men feel more gray.

The score, too, composed this time around by Bear McCreary instead of Howard Shore, covers familiar territory. The soaring choral pieces can be ethereal or menacing, depending on the scene.

And there are some callbacks for sure, like opening with a prologue voiced over by Galadriel, or a tense moment with some bubbles in a lake, but Rings of Power restrains itself from getting into the kind of cringing fan service that could only cheapen it. Instead, these elements do a lot of heavy lifting in settling the viewer into this complex story.

As for the new crop of Middle-earth inhabitants, though Cate Blanchett is hard to top, Clark makes for a convincing prior incarnation, clear-eyed and battle-ready no matter who implores her to cool off. A run-in with a snow troll is enough to turn her into a certified action hero. Dwarven Durin and his wife Disa provide some warmth and comic relief, not unlike Gimli in the trilogy, which is a welcome breath, tonally.

A big test for Rings of Power, though, is how it paces itself while navigating at least four or five plot lines. Somehow, a spunky young Harfoot named Nori finding a mysterious giant in a smoking crater has to be as interesting as a romance of questionable chemistry between human Bronwyn (Nazanin Boniadi) and expressionless elf Arondir (Ismael Cruz Cordova). The danger is ending up with a work that looks, sounds and feels as magnificent as any big-screen opus, but without the concentrated story to support it.

And, of course, the series will also have to contend with a familiar issue among prequels: The struggle between good and evil won’t culminate in the kind of victory that’s helped to make LOTR a pop culture comfort food through uncertain times. No matter how the show unfolds over the next five seasons, Sauron will be back.

When The Fellowship of the Rings came out in 2001, it kick-started an era in which fantasy movies could be good with a capital G. When audiences watched an army of 10,000 orcs amass outside Helm’s Deep, that was a visual feat, entirely new.

Twenty years later, audiences are used to spectacular fantasy worlds and big-screen battles not only in movies like Avengers: Infinity War and Endgame, but also in television shows like Game of Thrones, and now GOT’s prequel series, House of the Dragon.

With so many other universes to get immersed in, it’s an open question whether throwing a billion or so dollars at an adaptation of a book’s appendices over a minimum of five seasons is enough to delve into the heart of LOTR fandom.

But for now The Rings of Power is a cinematic trip back to Middle-earth that’ll make you want to volunteer your axe with a hearty “why not?”