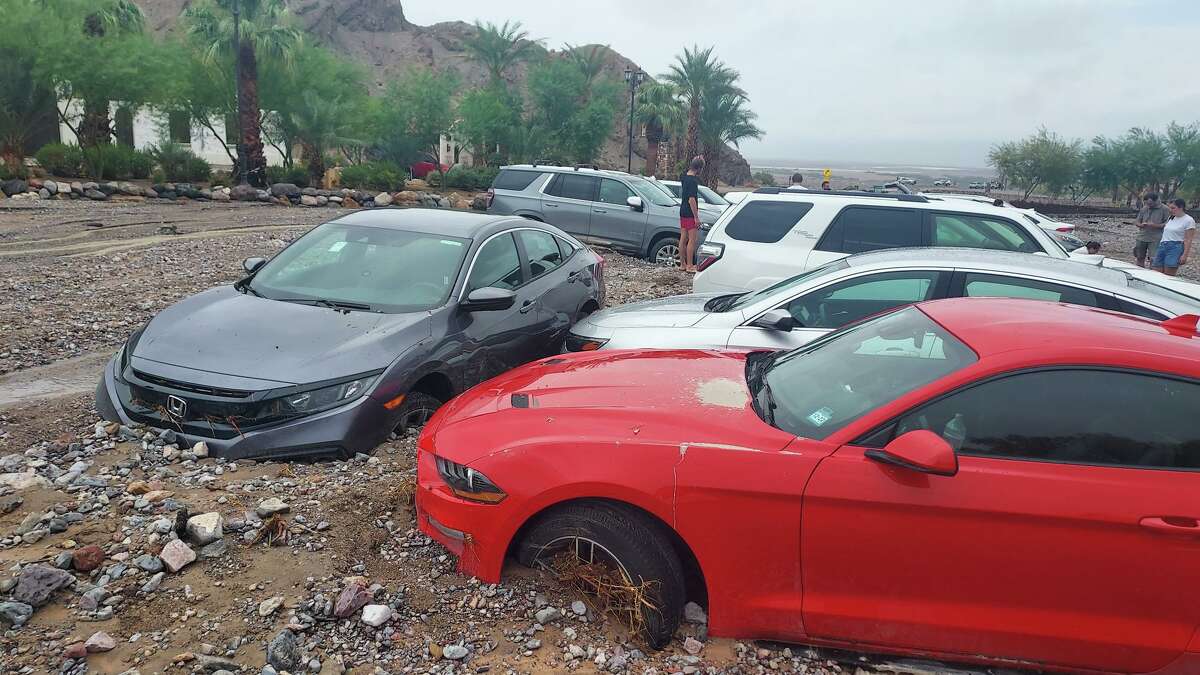 Scattered thunderstorms continued to hammer parts of southeastern California and southern Nevada on Tuesday, causing more flooding and shutting down more roadways in a region that has seen several days of severe storm activity amid the summer monsoon season.

“A lot of rain is what’s going on,” said Daniel Berc, a forecaster with the National Weather Service’s Las Vegas office.

The rain and flooding has already impacted many of the region’s most popular national parks, including Death Valley and Joshua Tree, as well as tourist attractions like the Palm Springs Tramway. On Tuesday, storms temporarily closed a portion of the main artery between Los Angeles and Las Vegas.

The Nevada State Police Highway Patrol said at 4 p.m. it was closing northbound I-15 near Primm, Nev., at the California-Nevada border due to flooding at 4 p.m. Tuesday. Just before 5 p.m., I-15 reopened, the agency said.

The Palm Springs Aerial Tramway said on Tuesday that it will remain closed through Aug. 14, as crews clean up debris covering equipment after a flash flood on Monday. Some 200 people were “stranded at the tram’s valley station for over an hour on Monday as heavy rain caused impassible mudflows along the exit road from the station,” the Deseret Sun reported.

Joshua Tree National Park evacuated visitors from the southern portion of the park on Monday due to heavy monsoon rainfall, officials said. Video footage shared by the park showed a river of water rushing down the south entrance road.

Pinto Basin Road between the South Entrance (Cottonwood) and Turkey Flats, along with the Cottonwood Visitor Center and Campground, are all temporarily shut down. The northern portion of the park remains open, the park said.

Death Valley National Park has been shut down since Friday morning, when it was inundated with historic rainfall. Berc said the park received two-thirds of its annual precipitation in one day.

The official gauge recorded 1.46 inches on Aug. 5, nearly breaking the all-time record for most rain in a day of 1.47 inches, with records going back to 1911. Death Valley’s average annual precipitation is 2.20 inches. Friday’s rain was the first measurable precipitation the park had received in 2022.

“This has been a very dry year in Death Valley up until now,” said Berc. “And even now, while it’s nice to have some rain, thunderstorms — while destructive have a small impact on the drought. There are parts of Death Valley that didn’t see any rain on that day. On a drought front, what we really need is a lot more snow in the mountains and longer winter rain events.”

State Route 190 will remain closed through at least August 17, the park said. None of the park’s entrances are open.

Some 1,000 people were stranded in the park by the floods and photos show cars stuck in the mud and debris.

A monsoon refers to a seasonal reversal of wind patterns over a region. The summer monsoon is associated with an increase in thunderstorm activity; in North America, winds pull moisture from the Pacific Ocean and the Gulf of Mexico and transport it into the Southwest U.S.

The summer monsoon is a typical weather pattern that is most pronounced in the interior southwest states of Arizona and New Mexico. Sometimes the moisture pushes northward into Nevada and California, the weather service said.

“I would say it’s a very active monsoon season,” said Berc. “We are seeing record levels of moisture in the atmosphere that’s allowing for these heavy rainfalls. And we’re seeing heavy destructive flooding. It’s nearly the most rain we’ve seen in a day and we’ve seen incredible flooding. I don’t like to use the word extreme but this is at the end of the bell curve.”