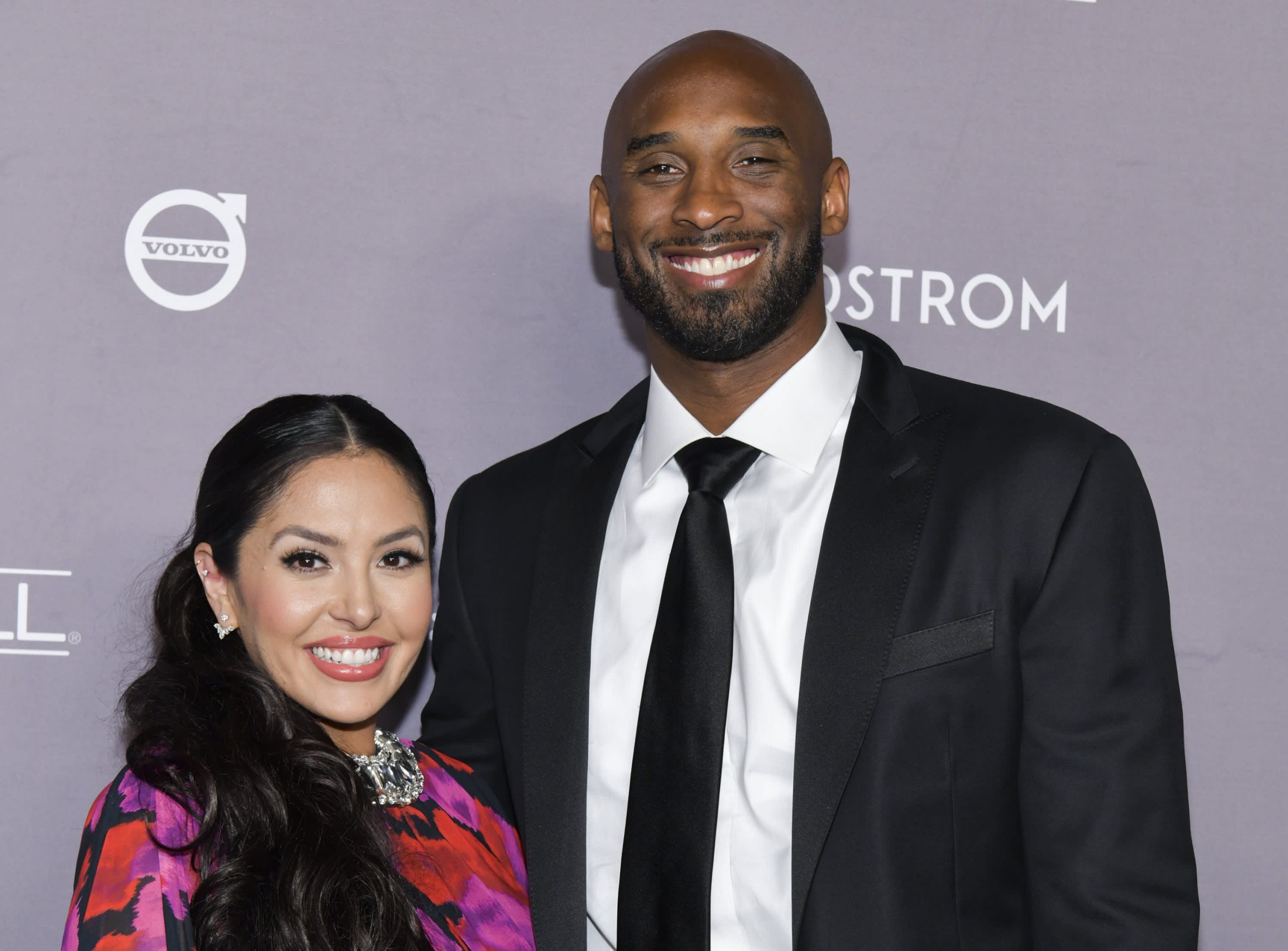 Former Laker teammate Pau Gasol was just one of many players who took to social media Tuesday to remember the late Kobe Bryant on his birthday.

Bryant would have turned 44 on August 23.

The Lakers are the subject of a new documentary, “Legacy: The True Story of the LA Lakers,” airing on Hulu

The documentary follows the rise of the Lakers under Dr. Jerry Buss through the Showtime Era, the Kobe-Shaq three-peat, and more.

He was also inducted into the Basketball Hall of Fame, a member of the 75th Anniversary Team, and an Oscar winner.

Kevin Durant and the Brooklyn Nets appear to have mended fences after a tumultuous offseason.

This effectively ends the nightmare that was the 2022 offseason for the Nets that began with speculation about Kyrie Irving’s future with the team and evolved into a full-blown meltdown when Durant officially requested a trade from the Nets with four years left on his contract.

Whether or not this is the end of Durant’s feud with the Nets remains to be seen, but it appears that the two sides have at least come to an understanding of their immediate futures together.

Nets’ owner Joe Tsai took a stance this offseason that many owners may not have taken in years past when superstars have requested out of their situations.

This is a signal of control coming back to the owners as the NBA has been viewed as a players’ league.

The Nets had already begun telling teams they planned to keep Irving this season, according to The Athletic’s Shams Charania, but reports the Memphis Grizzlies had entered into trade discussions for Durant surfaced this week as well.

Now, it appears the Nets will bring back both anchors of their 2022 squad and should get a fully healthy Ben Simmons back on the court as well.

As Kevin Durant enters his 16th season, the Nets will now appear to once again be contenders in the East and the entire NBA going into the 2022-23 season.

The Memphis Grizzlies are reported to be involved in the Kevin Durant sweepstakes.

As of late, trade talks between the Brooklyn Nets and Durant’s preferred teams have stalled, with the Nets’ demand of star players in return not being met.

For example, the Celtics have not significantly increased their offer from what was originally on the table (Jaylen Brown, Derrick White, and picks) and have not had serious discussions for a while.

The Toronto Raptors still will not include Rookie of the Year Scottie Barnes in a deal; the Heat would not include Bam Adebayo in a trade offer.

Here is what Shams Charania of The Athletic reported:

“Recently, a new team has shown interest in Durant: the Memphis Grizzlies, league sources tell The Athletic. Fresh off a 56-win season, the Grizzlies have made new inquiries to the Nets about Durant, those sources added. Memphis has five first-round draft picks available (four unprotected selections of its own and one protected via Golden State in 2024) to theoretically utilize in a trade as well as young players like Jaren Jackson Jr., Desmond Bane, Ziaire Williams, Brandon Clarke, Kennedy Chandler, and David Roddy…”

“The Grizzlies will not include Jackson or Bane in a potential offer for Durant, sources said, but rather a package built around their bevy of draft picks.”

It makes sense for the Grizzlies to throw their hat in the ring when it comes to a talent like Durant.

However, this offer does not meet the Nets’ sky-high asking price for Durant.

Brooklyn wants an under-25 All-Star level player at the front of the package and if Jackson and Bane are out of the question (as is Ja Morant, obviously), the best player the Grizzlies could include is 26-year-old Dillon Brooks, who is not an All-Star and is older than Brooklyn prefers.

To make the salaries match, Steven Adams and Danny Green (out with a torn ACL) would have to be included in the trade.

Memphis already sees itself on the path to a title.

They finished second in the West last season and pushed the Warriors to six games in the playoffs with a young roster.

Would the Grizzlies risk that trajectory and potential to trade for a 34-year-old Durant?

It will be interesting to see where the KD saga goes from here.

The Grizzlies, meanwhile, will prepare with their young and talented core to make a run once again in the upcoming season.

Crypto.com Arena – the home of the Los Angeles Lakers and Los Angeles Clippers (until 2024) – is set to undergo upgrades and renovations over the next two years.

“For the past two decades, the Lakers and AEG have shared a vision of providing a premier experience to every guest who enters Crypto.com Arena and L.A. LIVE’s Xbox Plaza,” Los Angeles Lakers’ President of Business Operations Tim Harris said in a press release.

“Competing nightly in front of the most passionate fans in the NBA inside one of the most iconic venues in the world is something our organization is incredibly proud of. This investment into expansive improvements and upgrades cements Los Angeles’ downtown arena as the pinnacle of entertainment for decades to come.”

The renovations will include redesigns to the main concourse and dining areas, as well as two new LED screens visible to the upper and lower bowls.

The Clippers’ $1.8 billion, privately funded arena, The Intuit Dome, is scheduled to finish construction in 2024; which will coincide with the end of Crypto.com Arena’s renovations.

Heritage Auctions is handling the sale.

The Chicago rings feature the Bulls logo or name on the top of the ring, while the Lakers ring features two Larry O’Brien trophies for the team’s back-to-back titles.

The rings are all a size 12 and have “14k Jostens” on the interior band, per TMZ.

For all those with a little extra cash looking to add to their bling collection, the auction will run until August 27.

He was a one-time All-Star and four-time All-Defensive Player.

He averaged 6.0 points for the Lakers in 2001 when they won their second title of three during the Kobe-Shaq era.

Also known as “The Enforcer,” Grant played seven seasons with the Bulls before joining the Orlando Magic and helping that team go to its first title series in 1995 with Shaquille O’Neal and Penny Hardaway.

He played with four teams (Chicago, Orlando, Los Angeles, Seattle) during his NBA career before retiring at the end of the 2003-04 season at the age of 38.

In 2009 Grant was appointed NBA Goodwill Ambassador, and in 2016 he became a Special Advisor for Michael Reinsdorf, president and chief operating officer for the Chicago Bulls.

Dennis Rodman says he plans to visit Russia in an attempt to free Britney Griner after she was handed a nine-year prison sentence on drug charges.

“I got permission to go to Russia to help that girl,” Rodman told NBC News on Saturday. “I’m trying to go this week.”

This would not be Rodman’s first foray into international diplomacy, having previously forged an unlikely relationship with North Korean leader Kim Jong Un.

But his trip to Russia is likely to do more harm than good, according to a senior Biden administration official.

“It’s public information that the administration has made a significant offer to the Russians and anything other than negotiating further through the established channel is likely to complicate and hinder release efforts,” the official said, according to NBC.