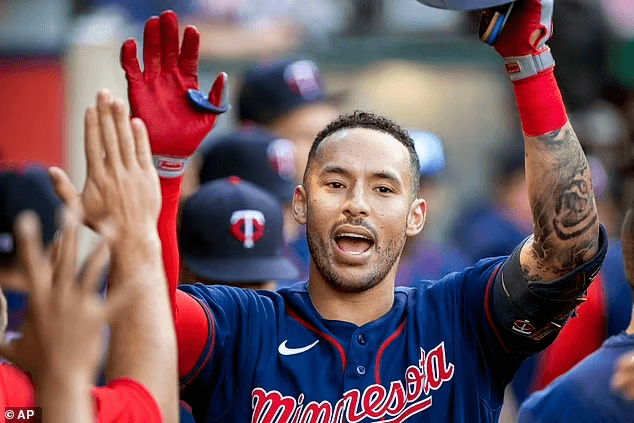 The San Francisco Giants postponed a news conference Tuesday to introduce Carlos Correa after a medical concern arose during the All-Star shortstop’s physical, according to two people with direct knowledge of the situation.

The people spoke to The Associated Press on condition of anonymity Tuesday because the Giants have not announced publicly any details regarding Correa’s $350 million, 13-year agreement, not even that Tuesday’s availability was to introduce the prized free agent.

One person confirmed that Tuesday’s conference to welcome Correa was put on hold because the sides were awaiting the results of testing. A second person said that a medical issue was flagged during Correa’s physical.

Correa and the Giants agreed on Dec. 13 to the massive deal, subject to a successful physical, according to one of the people. Correa has been placed on the injured list seven times during his eight-year career.

The media availability had been scheduled for 11 a.m. PST at Oracle Park, but it was called off about three hours before it was to take place. The Giants did not provide an explanation as to why.

It was not clear if the sides had discussed renegotiating Correa’s agreement.

Just about the only knock on Correa’s resume is durability. He has played at least 150 games in a season just once because of various injuries.

Correa was a free agent one year ago after leaving the Houston Astros, and he reached a $105.3 million deal with the Minnesota Twins. That agreement gave the two-time All-Star the right to opt out after one year and $35.1 million to hit the market again.

The 28-year-old Correa terminated his deal and went back on the free-agent market.

Correa hit .291 with 22 home runs and 64 RBIs in his one season with Minnesota. He was selected by Houston with the No. 1 overall pick in the 2012 amateur draft, and he played a key role in the Astros’ rise from the bottom of the AL West to the franchise’s first World Series title in 2017.

The Astros’ championship was tainted by a sign-stealing scheme, and Correa has been lustily booed in some cities since the scandal surfaced.

Brandon Crawford, a three-time All-Star, has been the Giants’ shortstop since 2011. Crawford, who turns 36 next month, slumped to a .231 average with nine homers and 52 RBIs last season while dealing with injuries, down from a .298 average with 24 homers and 90 RBIs in 2021.

Crawford has a $16 million salary in 2023, then can become a free agent. He has dealt with injuries in recent seasons and might consider retirement at the conclusion of his deal, so the Giants were searching for a shortstop of the future.

The Giants went 81-81 last season, a year after winning a franchise-record 107 games and the NL West.