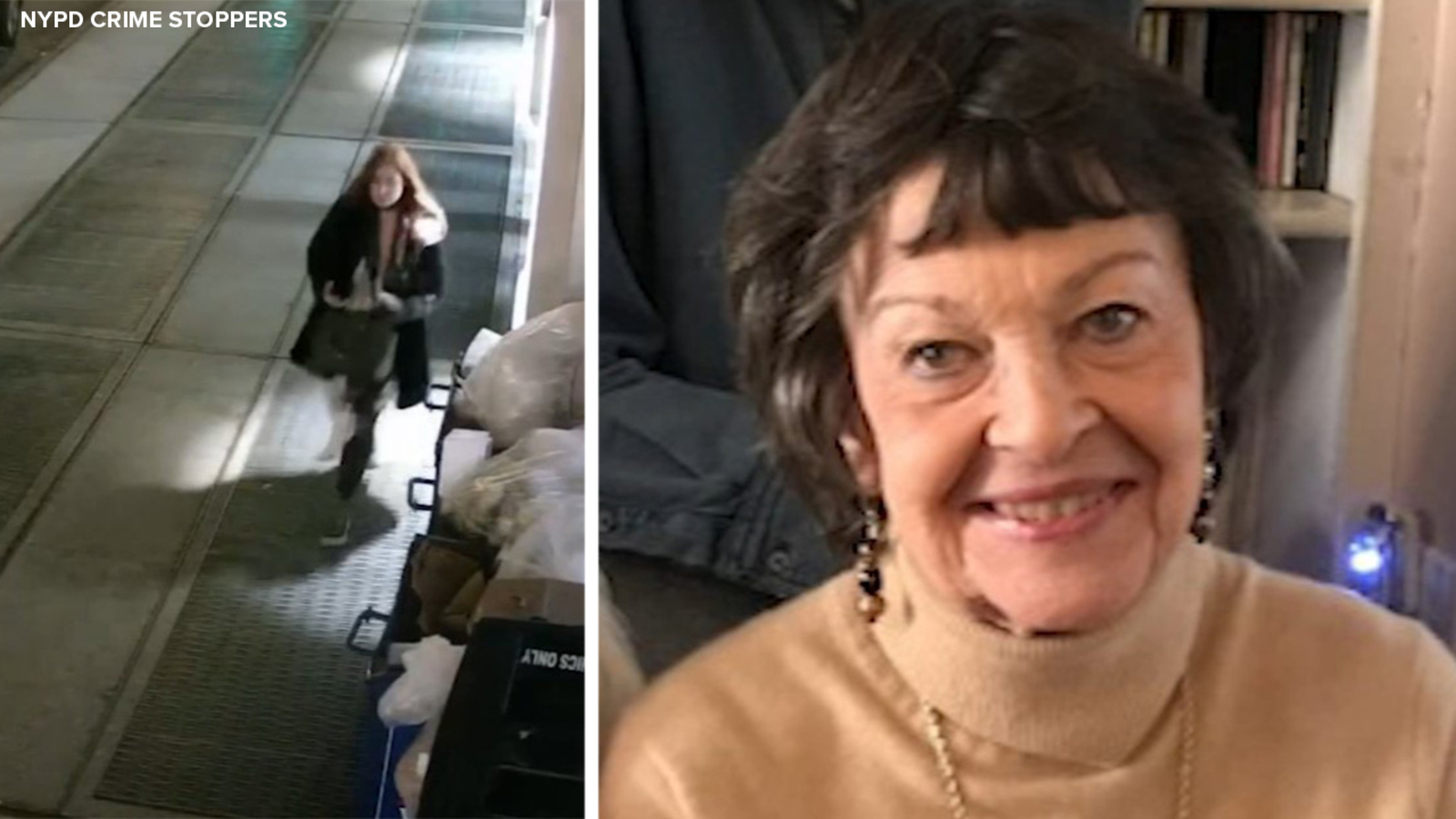 Lauren Pazienza, 26, turned herself in and was charged with manslaughter in the death of Barbara Maier Gustern, 87.

After she pushed an elderly woman down and left her bleeding on the pavement, Lauren Pazienza took the train home to her apartment in Queens, the authorities said.

In the days that followed, as the woman she had shoved, 87-year-old Barbara Maier Gustern, lay hospitalized with the brain injury that would kill her, Ms. Pazienza deleted her social media accounts and removed her wedding registry from the internet. She left her cellphone with an aunt and went to stay at her parents’ house in Long Island, the authorities said.

But street cameras had captured her face, and, after the police circulated the images, an employee at her building in Astoria identified her, they said. Officers showed up at her parents’ home, and, with the police closing in, she surrendered on Tuesday, almost two weeks after the assault.

Ms. Pazienza, 26, was charged with manslaughter and ordered held on $500,000 cash bail or a $1 million bond as her family looked on in the courtroom.

“She was crying. She was in pain. She’s accused of a very horrible act,” Arthur Aidala, her lawyer, said after the hearing. “She’s a very moral, right, just person. She was treated by the D.A.’s office in a very inconsistent manner. She has no criminal record.”

It was not clear what, if anything, led up to the incident that left Ms. Gustern, a beloved singing coach, bleeding from her head outside her apartment building in the Chelsea neighborhood of Manhattan.

In documents filed on Tuesday in Manhattan Criminal Court, the police said a witness saw a young woman cross the street and come up behind Ms. Gustern on West 28th Street between Eighth and Ninth Avenues at about 8:30 p.m. on March 10. The witness said the woman swore at Ms. Gustern and shoved her to the pavement.

According to the documents, the witness, a cyclist whose name was not made public, helped Ms. Gustern to her feet and walked her into her apartment lobby. Bleeding badly from a head wound, Ms. Gustern was able to describe her attacker to the police before being taken to Bellevue Hospital.

She died from her injuries days later.

Ms. Gustern, a longtime vocal coach, had worked with Debbie Harry, lead singer of the punk rock band Blondie; the performance artist Taylor Mac; and the cast of the 2019 Broadway revival of the musical “Oklahoma!” On the night she was attacked, Ms. Gustern had left her apartment to watch one of her students perform at Joe’s Pub at the Public Theater on Lafayette Street.

Former students remembered her as fierce, supportive and loving. She taught out of her apartment, with a grand piano in her living room and an electronic piano in her bedroom, where her pupils practiced vocal exercises so as not to disturb her neighbors.

Melinda Pope DeRocker said she first turned to Ms. Gustern in 1997, when she was looking to return to singing after becoming a music director. Ms. Gustern taught her how to open up her vocal range, she said. When Ms. DeRocker had her thyroid removed 11 years ago, it was Ms. Gustern who gave her the confidence to sing again without fear.

Upon hearing of Ms. Pazienza’s arrest Tuesday, Ms. DeRocker said she broke down in tears.

“Relief was the biggest emotion, but then it was right back into sadness,” Ms. DeRocker said. “Frankly, I felt sad for this woman. With one shove, she’s ruined her life.”

Relatives of Ms. Pazienza could not be reached for comment.

A LinkedIn profile for Ms. Pazienza, which had been taken down as of Tuesday afternoon, listed her as an event coordinator for Roche Bobois, a high-end furniture company. A spokeswoman for the company confirmed that Ms. Pazienza had worked there but resigned last December.

Ms. Pazienza stood silently during her arraignment hearing Tuesday, handcuffed behind her back as the assistant district attorney, Justin McNabney, read off the charges against her. Mr. McNabney said that after the shove, surveillance footage showed Ms. Pazienza spent more than 20 minutes in the area, having a “physical altercation” with her fiancé and watching the ambulance arrive at the scene.

Though Ms. Gustern was small in stature, at about five feet tall, she was strong and healthy for her age, students said. Annie McGreevey, who had been seeing Ms. Gustern once a week for the past year, said she was a fast walker and lifted weights that she kept in her bathroom.

“She was a great gift to all of us who worked with her and knew her,” Ms. McGreevey said. “So that’s what we have to hold on to, this great gift.”

Ms. Gustern’s funeral is scheduled for Saturday at the Church of the Holy Apostles in Manhattan.