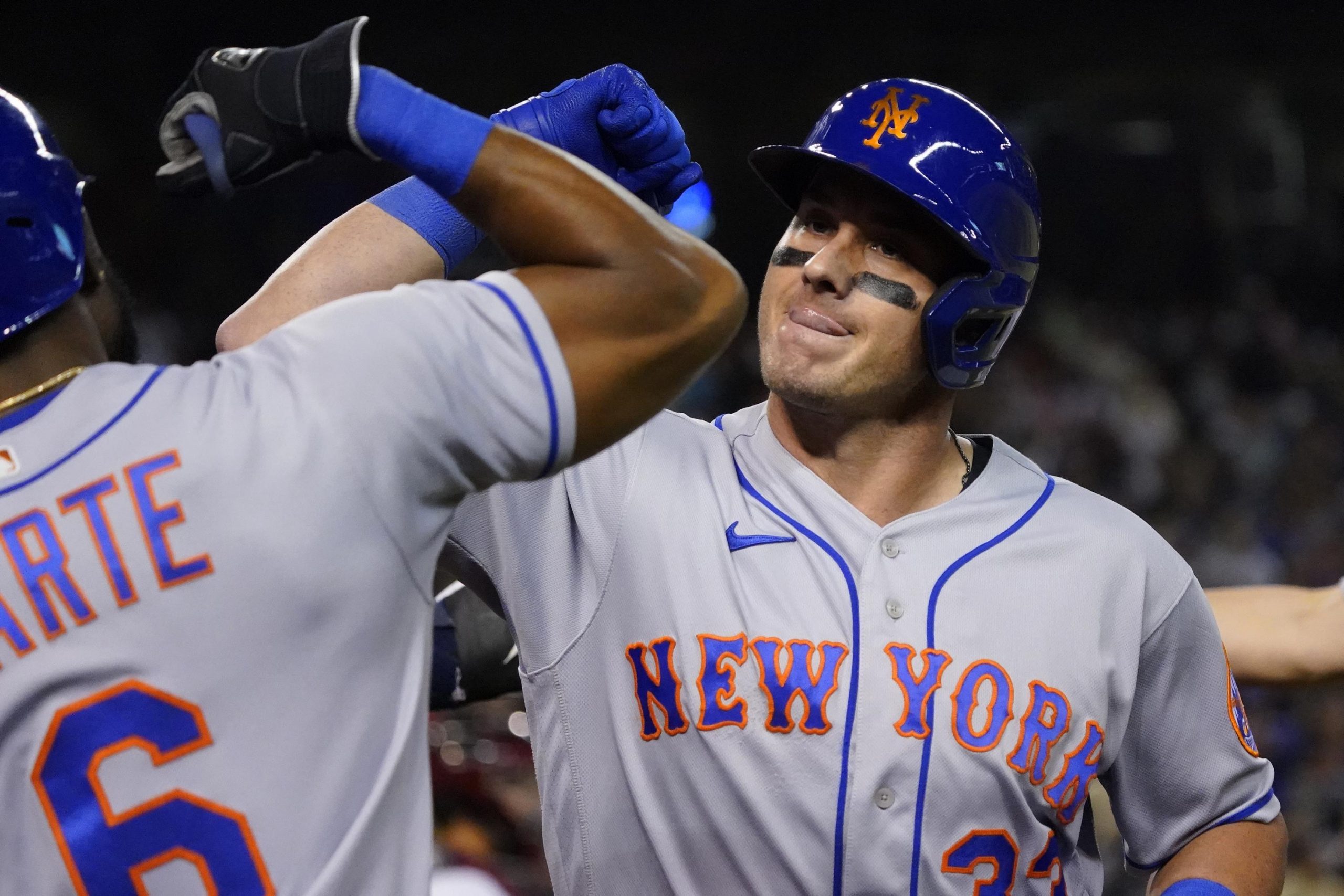 PHOENIX (AP) ‘ Starling Marte legged out an RBI single ‘ confirmed by a video review ‘ in the 10th inning that lifted the New York Mets over the Arizona Diamondbacks 6-5 on Friday night.

New York shook off the disappointment and prevailed. The rolling Mets, who lead the NL East, have won five of their last six games.

Marte’s game-winning hit against Mark Melancon (0-2) was a bouncing ball to Arizona third baseman Matt Davidson, who fired to first for what looked like the third out on an extremely close play. But video review showed the speedy Marte touched the bag a split-second ahead of Davidson’s throw.

Seth Lugo worked around a two-out walk for his first save.

New York’s James McCann hit a two-run homer in the seventh that made it 5-1.

The D-backs rallied, adding a run in the seventh before a two-run homer by Christian Walker off reliever Trevor May cut New York’s lead to 5-4.

Pete Alonso drove in two runs for New York. His single in the fourth was a shallow flyball that fell between three Arizona defensive players and scored Brandon Nimmo. He later hit a routine grounder to first that brought home Marte.

New York’s David Peterson threw 5 2/3 stellar innings, giving up one run on three hits, walking one and striking out three. He’s one of several pitchers who have dominated Arizona’s lineup so far this season. The D-backs came into the game hitting an MLB-worst .176.

Arizona starter Zac Gallen gave up one run over five innings and struck out seven.

The 65-year-old Showalter said the franchise has evolved in ways he didn’t expect, but he’s proud of one prediction that came true.

‘They’ve got turf now,’ Showalter said. ‘I told them they were going to end up there a long time ago.’

The D-backs tried to grow grass at Chase Field for years until 2019 when they finally switched to turf. Before the switch, there was often patches of brown grass during the summer because of the stadium’s retractable roof and the harsh desert climate.

The D-backs had an embarrassing baserunning moment in the fifth.

Varsho lifted a line-out fly ball to left-center that was tracked down by Mark Canha, but Arizona’s Pavin Smith, who had reached on a walk, apparently through there were two outs and was nearly at third by the time it was caught.

That allowed the Mets to double off Smith at first and end the inning.