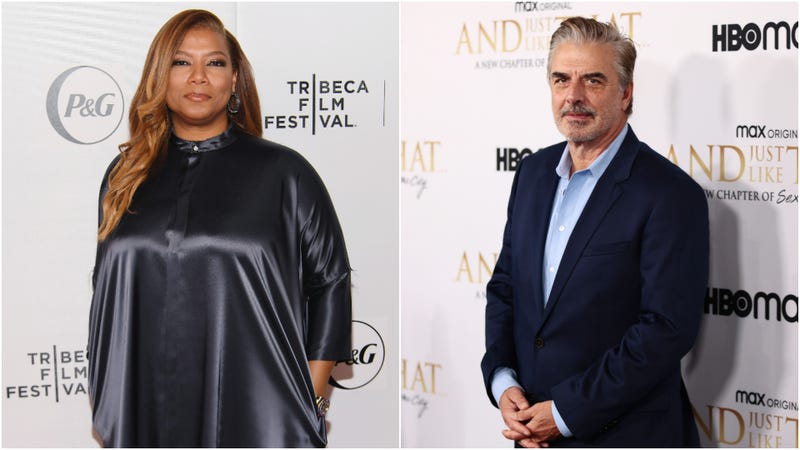 It took about a month, but Queen Latifah has finally commented on the firing of her Equalizer co-star Chris Noth, whose career careened off a cliff last month when five women accused the actor of sexual misconduct and assault.

Speaking to People (The TV Show!), Latifah was careful to avoid any specific opinion one way or another about Noth’s firing. “It is such a dicey, delicate situation that requires a great deal of respect,” Latifah said in the new interview. “That’s a personal thing that he’s going to have to deal with.”

Queen Latifah said they still haven’t decided how they’ll address Noth’s firing on the CBS procedural, where he plays series regular William Bishop. “We are figuring out what we want to do creatively on the show and how we’re going to deal with that character,” she said. “Chris’ character’s obviously a big part of the show, and it was amazing chemistry, amazing chemistry. And my feeling is justice has to prevail, regardless. I just want the right things to be done, you know?”

This response is a little vaguer than the one made by the And Just Like That… stars. On December 20, the three series leads, Sarah Jessica Parker, Kristin Davis, and Cynthia Nixon, voiced support to the accusers in a joint statement, “We are deeply saddened to hear the allegations against Chris Noth. We support the women who have come forward and shared their painful experiences. We know it much be a very difficult thing to do, and we commend them for it.”

Of course, Noth had already been killed off of their show. In the second episode of And Just Like That…, his character dies of a Peloton-induced heart attack (a common problem among characters from prestige TV), leading to a once-in-a-lifetime viral marketing push by Peloton and Ryan Reynolds. When the accusations came to light, though, the makers of America’s favorite stationary bike plus iPad pulled the campaign shortly. The actor shot a final scene for the series finale, but that too has since been scrapped.