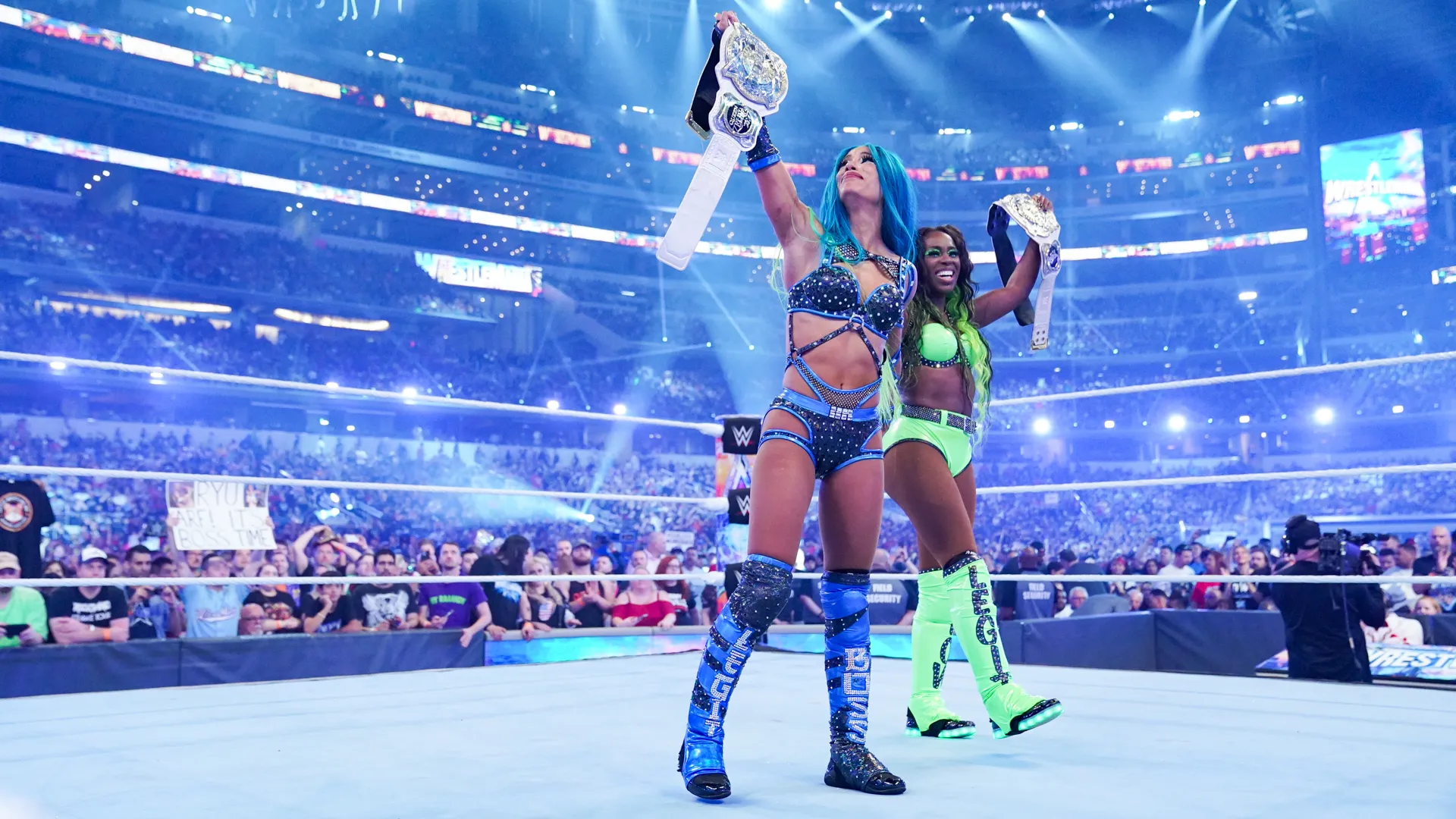 WWE unexpectedly changed the main event on Monday Night Raw after superstars Sasha Banks and Naomi left the arena prior to their planned involvement in the night’s closing match.

PWInsider first reported the news of Banks and Naomi, the current WWE women’s tag team champions, walking out on Monday’s taping in Norfolk, Virginia after taking issue with their roles in a six-pack challenge match to determine Raw women’s champion Bianca Belair’s next challenger. In a statement obtained by Fightful’s Sean Ross Sapp, WWE noted the pair left their title belts behind prior to leaving, and confirmed their exit was not part of an angle.

“When Sasha Banks and Naomi arrived at the arena this afternoon, they were informed of their participation in the main event of tonight’s Monday Night Raw,” the statement began. “During the broadcast, they walked into WWE Head of Talent Relations John Laurinaitis office with their suitcases in hand, placed their tag team championship belts on his desk and walked out. They claimed they weren’t respected enough as tag team champions. And even though they had eight hours to rehearse and construct their match, they claimed they were uncomfortable in the ring with two of their opponents even though they’d had matches with those individuals in the past with no consequence.

“Monday Night Raw is a scripted live TV show, whose characters are expected to perform the requirements of their contract. We regret we were unable to deliver, as advertised, tonight’s main event.”

WWE opted to scrap the six-pack challenge in favor of a one-on-one No. 1 contender’s match between Becky Lynch and Asuka, which the Japanese superstar won.

According to the New York Post, Banks reportedly took her issues with the creative team to WWE chairman Vince McMahon, who passed on making any changes. The former women’s champion has reportedly had ongoing issues with the company, and previously unfollowed McMahon and several other WWE superstar accounts in 2019.

Banks and Naomi have yet to issue a statement on the matter at this time. The duo formerly teamed up back in 2015-16, and recently claimed the tag titles at WrestleMania 38 in April after reuniting in February.