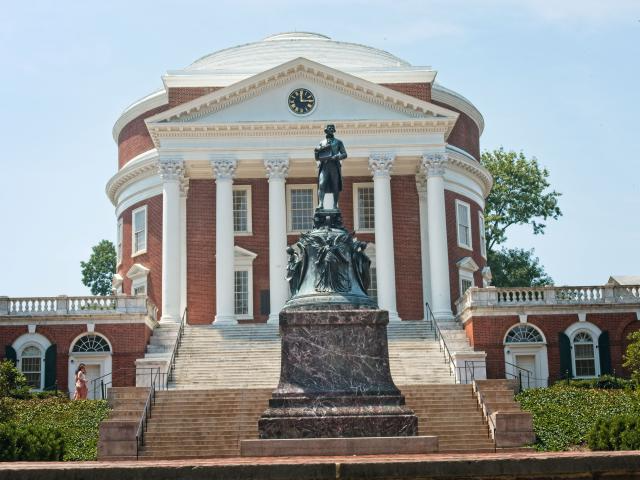 3 people are dead and 2 others are hurt after a shooting on the University of Virginia’s campus in Charlottesville Sunday night. The suspect is a student at the university and is at large.

The university police identified a student, Christopher Darnell Jones, as the suspect, and said multiple agencies were engaged in an active search.

Jones was described as wearing a “burgundy jacket, blue jeans and red shoes”, and may have been driving a black SUV, according to the authorities.

An e-mail sent to the student body by the university’s vice-president recommended that all students seek safety and follow shelter-in-place commands as the situation remained active.

“This is a traumatic incident for everyone in our community, and we have cancelled classes for today,” UVA president Jim Ryan said in a statement.

Counseling and psychological support would be made available to students and faculty, he said.

The shooting is the latest in a wave of gun violence on US college and high school campuses in recent years. The bloodshed has fuelled the debate over tighter restrictions on access to guns in the United States, where the Second Amendment of the Constitution guarantees the right to bear arms.

Police in Idaho were investigating a separate incident on Monday in which four students were found dead in a home near another university campus, believed to be “the victims of homicide.”

Officers responded to a call in the town of Moscow, near the campus of the University of Idaho, about an unconscious individual.

“Upon arrival, officers discovered four individuals who were deceased,” police said in a statement.

“It is with deep sadness that I share with you that the university was notified today of the death of four University of Idaho students living off-campus believed to be victims of homicide,” University of Idaho president Scott Green said in a statement. REUTERS, AFP