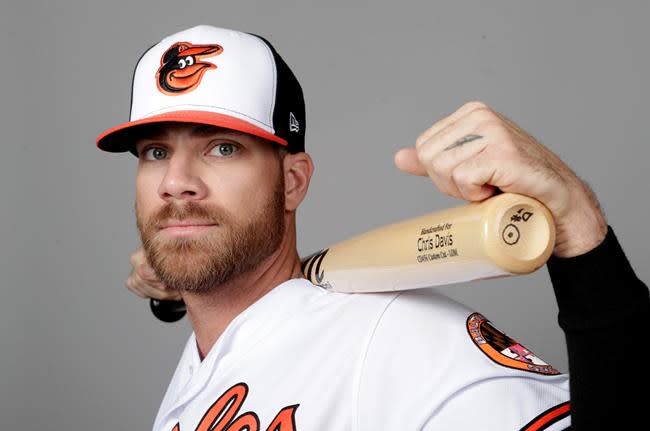 Chris Davis’ ascent and decline were quick and steep.

In between, he was one of baseball’s top home run hitters — and that’s what Baltimore manager Brandon Hyde wanted to remember on the day Davis announced his retirement.

“Those really good years, those ’12 to ’17 years, he was a fixture in the lineup and a major run producer. He was a middle-of-the-order bat on a really, really good team,” Hyde said Thursday. “He’s done so much off the field as well. Great teammate — well liked in the clubhouse, well liked around the league.”

Davis became one of baseball’s most prodigious power hitters before his production dropped amid injury problems during his final seasons with the Orioles. Davis, 35, was going to miss the entire 2021 season after surgery in May to repair the labrum in his left hip.

“After an extended time dealing with my injury and recent hip surgery, I informed the Orioles about my decision to retire effective today,” Davis said in a statement released by the team. “I want to thank the Orioles partnership group, led by the Angelos family, the Orioles organization, my teammates and coaches.”

Next year was the final season of Davis’ $161 million, seven-year contract, a deal that became increasingly burdensome for the rebuilding Orioles.

Davis came to the Orioles in a 2011 trade from Texas. He hadn’t hit more than 21 homers in a season with the Rangers, but he hit 33 in his first full season with Baltimore. Davis led the majors with 53 homers in 2013 and 47 in 2015. He finishes his career with 295 in 13 seasons with the Orioles and Rangers.

“I remember playing at Aberdeen in 2013,” Orioles first baseman Trey Mancini said. “It felt like every single night, they would announce that C.D. hit another home run, and then the stadium would just absolutely erupt.”

A powerful left-handed hitter at 6-foot-4, Davis was a crucial part of Baltimore’s best run since the 1990s. He helped the Orioles reach the postseason in 2012, 2014 and 2016, although he did not play in the playoffs in 2014, when the team made it to the AL Championship Series.

Davis was suspended 25 games late in that 2014 season for testing positive for Adderall, a banned amphetamine. He later said he had been diagnosed with attention deficit hyperactivity disorder previously and been given a therapeutic use exemption for Adderall, but he did not have the exemption in 2014.

Davis’ free-swinging ways could lead to high home run and strikeout totals and low batting averages. He hit .196 with 26 homers in 2014 and .221 with 38 homers and a major league-leading 219 strikeouts in 2016 — the first year of his big contract.

“I’m sure Chris would like to have stayed healthy in his last couple years and put up bigger numbers,” Hyde said before Baltimore’s game against Detroit on Thursday. “But it wasn’t in the cards. I think the important thing is to focus on the really good years he had here, and everything that he has done for this organization and the community here.”

A message thanking Davis was posted on the scoreboard between innings during Thursday’s game at Camden Yards.