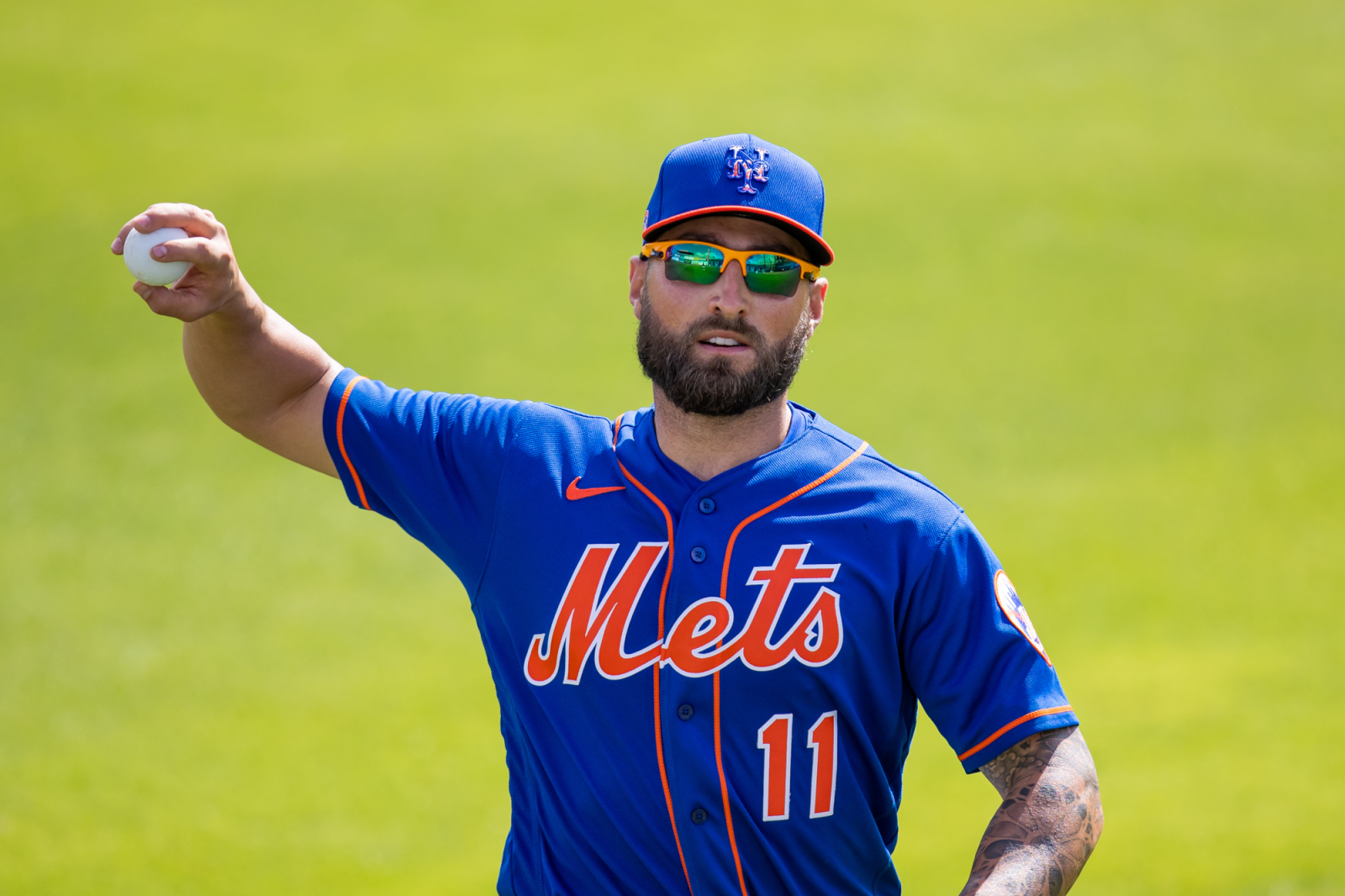 Kevin Pillar is accustomed to being well-liked.

Elsewhere, though, it hasn’t taken getting drilled in the face to earn the adoration.

The Mets outfielder made his return to Oracle Park — his first that would involve people sitting in the seats — where he spent the 2019 season as a fan favorite before being non-tendered by the Giants.

“When you have a player that’s not necessarily a superstar — just one of the guys on the team that you could just tell gives a lot of effort and really cares and does whatever it takes to try to win a game every single day, I think people relate to that,” Pillar said before the Mets opened a series in San Francisco on Monday.

Pillar spent the first six full seasons of his career with Toronto, where he earned the “Super Man” nickname for his diving plays and willingness to give up his body for any ball. Upon being dealt to the Giants in April 2019, he fought back tears as he said goodbye to Blue Jays fans.

He then played 156 games with the Giants, the fan base changing but the admiration remaining. His style of play, in which he runs into walls and occasionally a ball has run into him, is easy to respect.

Mets fans were introduced to that grit on May 17, when he was drilled in the face by a 94 mph pitch that left his face pouring blood. A day later, he was back in the clubhouse and pledging that he would be playing if he could see out of his right eye. After surgery to repair multiple nose fractures, he was back two weeks later.

“I think a lot of people could see a lot of themselves in me. ‘If I was a Major League Baseball player, I would be a lot like him,’ ” said Pillar, who was a 32nd-round pick who made it. “We all weren’t blessed with [superstar] gifts and those talents. To see someone that [has] a little bit more normal skill set as a player, people can relate to that a little bit more.”

Pillar is no longer playing every day with a bat (.606 OPS entering play) that has mostly reduced him to platooning against lefties. It is why he is on his fifth team — his 2020 was split between Boston and Colorado — and no one has locked him up long term.

The 32-year-old looked at the opposing clubhouse and said Brandon Crawford’s career-best season at 34 is “inspiring” for a Giants team that has plenty of veterans enjoying resurgent years. He plans to pick the brain of the Giants shortstop this offseason.

“It’s good for the guys who are getting a little older in the game to see guys like him make some changes, have a lot of success,” said Pillar, who has a player option for next year. “Prove to guys that age in this game, if you take care of your body, is really just a number.”