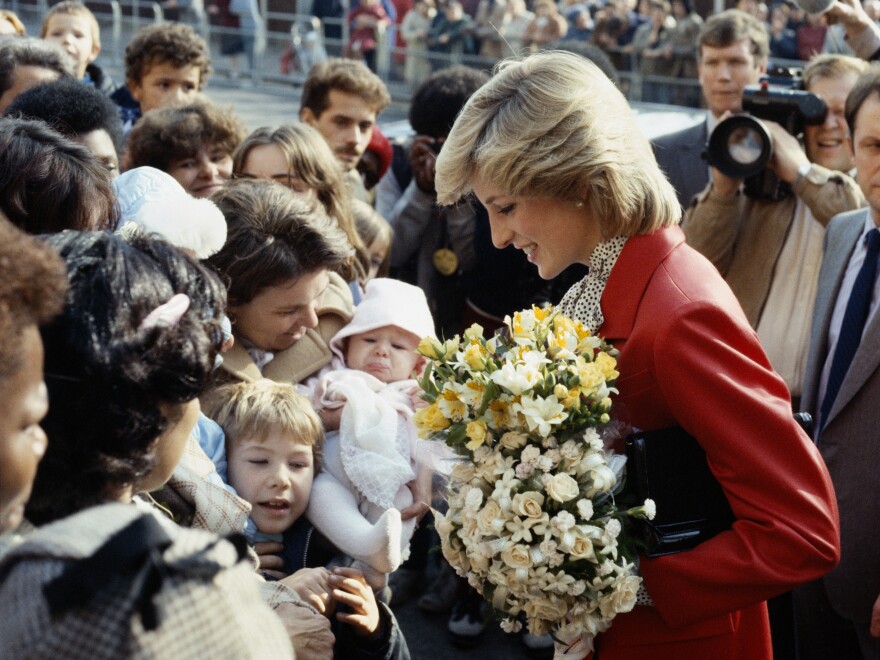 It’s been exactly 25 years since the death of Diana, Princess of Wales. But her legacy of activism and charity (not to mention the bike shorts) lives on.

Diana died at age 36 on August 31, 1997, of injuries sustained in a car crash in Paris, which also killed her companion Dodi Fayed and driver Henri Paul. About a decade later, a jury attributed her death to the reckless driving of both her chauffeur and the paparazzi who were pursuing them (her sons also blame the BBC for the role its bombshell 1995 interview — obtained through a scheme of forgery and deceit — played in her death).

The so-called “people’s princess” wasn’t just beloved by the public. She also entirely changed how people view celebrity, according to  Bidisha Mamata.

“In the 21st century we completely take it for granted that famous people will also be a U.N. special envoy or that they’ll use their privilege to do good,” she explains. “Princess Diana invented the idea of the famous person who does good, and she was extremely radical.”

Diana used her fame to draw attention to a number of humanitarian issues and philanthropic causes, and at one point was linked to more than 100 charities.

She traversed minefields in Bosnia and Angola to advocate for landmine clearance, visited people with leprosy in Nepal, India and Zimbabwe and opened Britain’s first AIDS ward in London — where she famously shook ungloved hands with a patient, challenging the false and once-prevalent assumption that HIV/AIDS could be spread by casual touch.

Diana also made headlines for hugging a young patient while visiting a pediatric AIDS unit in Harlem, New York.

“She was an activist at a time when there was so much stigmatization around AIDS and HIV,” Mamata said. “And she’s the one who went into AIDS wards and said, ‘No, I’m going to talk to people like they’re normal human beings. I’m going to shake hands, we’re going to communicate and I’m going to raise consciousness.'”

In a Morning Edition interview right after Diana’s death, the late British historian Ben Pimlott predicted Diana would be remembered for her public service and for breathing fresh air into the monarchy.

He described her as “a very funny, witty, sharp, human person with a great rapport and a great compassion.”

Diana’s life — including her troubled marriage to Prince Charles and treatment by the royal family — and the circumstances leading up to her death continue to captivate the public even decades later.

In recent months her story has made it to the big screen as well as streaming services, where she’s played by Emma Corrin in Netflix’s The Crown and Kristen Stewart in the film Spencer. Princes William and Harry unveiled a statue of her at Kensington Palace on what would have been her 60th birthday last July. And just over the weekend, a Ford Escort that Diana drove in the 1980s sold at auction for more than $850,000.

On Wednesday, the day of the anniversary, mourners gathered in Paris to lay flowers, leave messages and pay their respects on the bridge above the underpass where Diana was killed. Others decorated a makeshift memorial outside the gates of Kensington Palace. And at Althorp House, the Spencer estate where Diana grew up, the flag was lowered to half-staff.

The audio for this story was produced by Taylor Haney and Kurt Gardinier, and edited by Reena Advani.