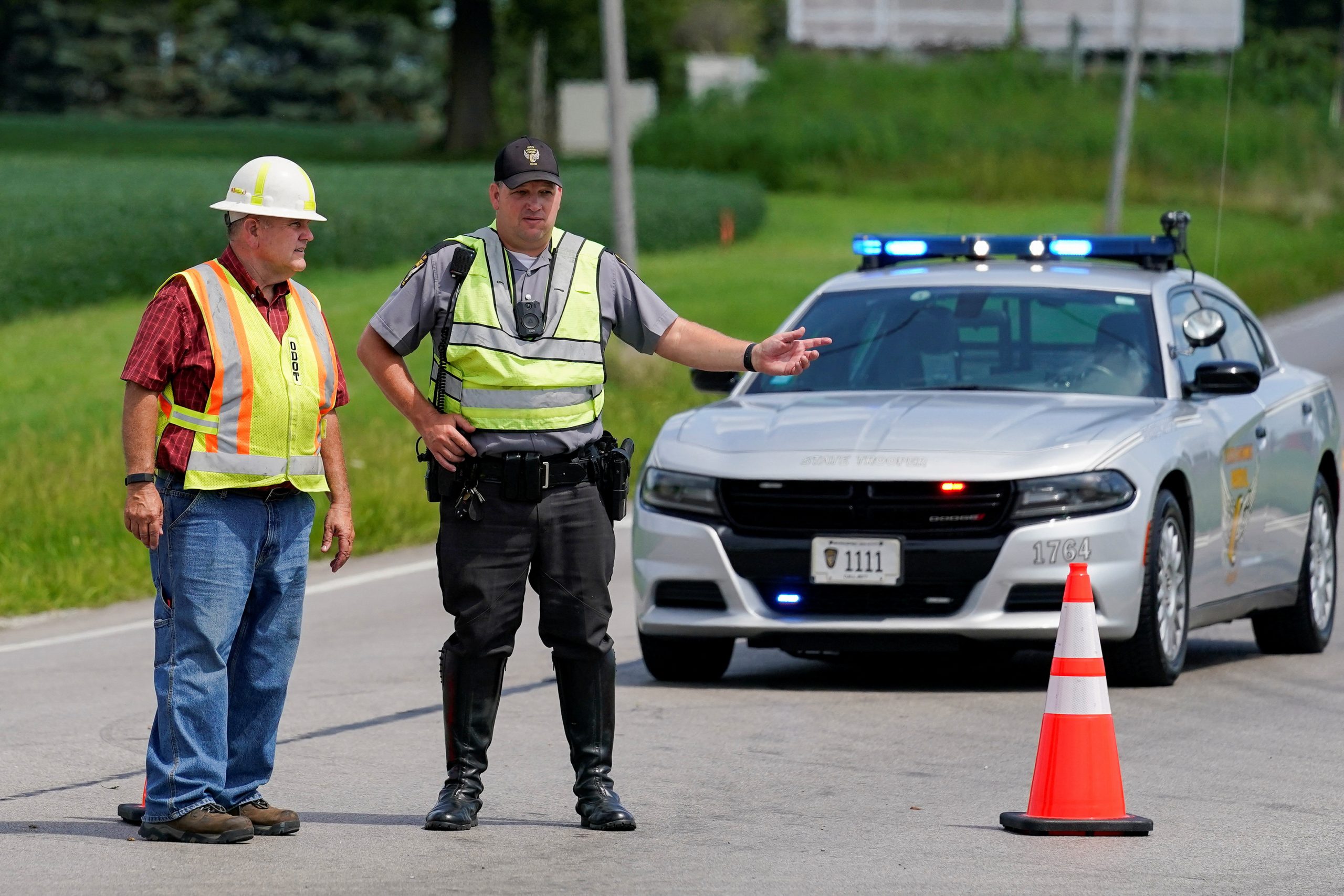 An armed man suspected of trying to breach the FBI’s Cincinnati field office on Thursday was killed after an hours-long standoff with law enforcement, authorities say.

The FBI said in a statement that it is investigating the circumstances that led to the suspect being shot.

While authorities have not announced a motive, the FBI is investigating the man’s social media presence and whether he had ties to right-wing extremism, one of the sources told CNN.
Here’s what we know about the attempted breach and the suspect.

At about 9:15 a.m. ET, an armed man tried to breach the visitor screening facility at the FBI field office, the agency said.

“Upon the activation of an alarm and a response by armed FBI special agents, the subject fled northbound onto Interstate 71,” FBI Cincinnati said in a statement.

Troopers from the Ohio State Highway Patrol responded and found the suspect at an interstate rest stop in a Ford Crown Victoria at around 9:37 a.m., the highway patrol said in a statement.

The troopers tried to initiate a traffic stop on the suspect, but he fled and a vehicle pursuit ensued, Lt. Nathan Dennis, a spokesperson for the Ohio State Highway Patrol, said at a news conference. He said shots were fired from the suspect’s car during the chase.

The suspect got off the highway at state Route 73 and came to a stop around 9:53 a.m. on a road in Clinton County, the highway patrol said.

After stopping, the man got out and “engaged officers,” the highway patrol said. Gunfire was exchanged between law enforcement and the suspect, who used his vehicle for cover, they said.

The suspect was wearing body armor, according to a Facebook post from the Clinton County Emergency Management Agency. A lockdown was in effect within a 1-mile radius of the standoff location, the post said.
The standoff stretched for several hours as law enforcement unsuccessfully attempted to negotiate with the suspect, the highway patrol said.
“Once negotiations failed, officers attempted to take the suspect into custody by utilizing less lethal tactics,” the agency said. “At approximately 3:42 p.m., the suspect raised a firearm and shots were fired by law enforcement officers.”

The suspect was shot and died from his injuries on the scene, the agency said.
It is unclear what less lethal tactics authorities used during their attempt to arrest him.

A social media account bearing the name of Ricky Shiffer posted on the social media platform founded by former President Donald Trump, Truth Social, appearing to reference his attempt to storm an FBI office.
The post about the FBI office attack was made minutes after the Ohio State Highway Patrol said the incident at the office in Cincinnati began, shortly after 9:15 a.m.

“Well, I thought I had a way through bullet proof glass, and I didn’t,” the user posted at 9:29 a.m. Thursday. “If you don’t hear from me, it is true I tried attacking the F.B.I., and it’ll mean either I was taken off the internet, the F.B.I. got me, or they sent the regular cops while.”
It’s unclear whether the user was attempting to write more, as the post stops after, “while.”

Authorities have not yet confirmed that the account belongs to the suspect. However, a law enforcement source did confirm to CNN that a photo on the account matched a government ID photo of the suspect.

On the account, which has only been active the last few weeks, the user posted thoughts that were politically violent and revolution-minded. But it was not until the FBI executed a search warrant on Trump’s Mar-a-Lago home that the user began to fixate on responding with violence toward the agency.
“People, this is it,” the user wrote on August 8, the day the FBI executed the warrant. “I hope a call to arms comes from someone better qualified, but if not, this is your call to arms from me.

In that post, the user encouraged people to go to gun and pawn shops to, “get whatever you need to be ready for combat.”

When another person responded to the user saying that they would be sending his photo and information to the FBI, the user responded by saying, “Bring them on.”

It’s unclear whether or not the information was in fact forwarded to the FBI.
On August 9, the user wrote that people were heading to gather in Palm Beach and said that if the FBI broke up the group, “kill them.”

The user of the account also claimed they were present in Washington, DC, on January 6, but did not say whether they entered the Capitol.

FBI headquarters is investigating the “agent-involved shooting,” the agency said in a statement. A law enforcement source told CNN the agency has deployed a Shooting Incident Review Team to the scene, which is standard practice when an FBI special agent or task force officer discharges a weapon.
The review team will gather evidence, interview witnesses, and ultimately determine whether the use of deadly force was justified, the source said.
“The FBI takes all shooting incidents involving our agents or task force members seriously,” the bureau statement read. “The review process is thorough and objective, and is conducted as expeditiously as possible under the circumstances.”

FBI Director Christopher Wray released a statement Thursday evening condemning attacks on law enforcement and the FBI. “Unfounded attacks on the integrity of the FBI erode respect for the rule of law and are a grave disservice to the men and women who sacrifice so much to protect others. Violence and threats against law enforcement, including the FBI, are dangerous and should be deeply concerning to all Americans,” Wray said.