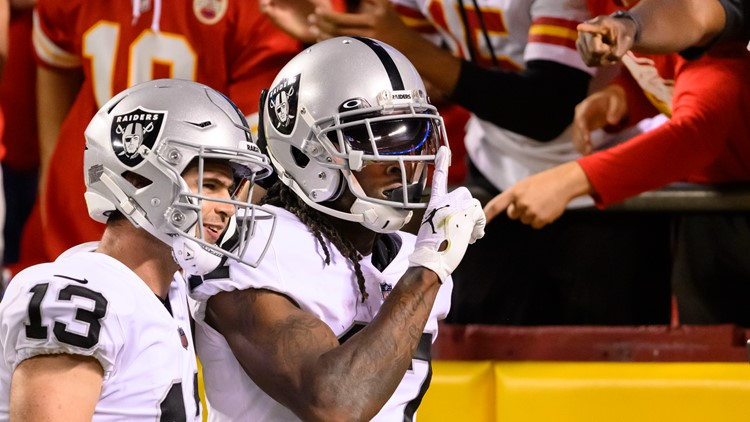 Raiders wide receiver Davante Adams pushed a cameraman to the ground as he left the field after a 30-29 loss to the Chiefs on Monday night at Arrowhead Stadium in Kansas City, Missouri.

Adams was frustrated as the Raiders blew a 17-point lead, and maybe it was Adams and his teammate Hunter Renfrow colliding that was what left him furious.

In his frustration after the game, Adams stormed off the field. He bulldozed over a production worker who was wearing a backpack and holding a metal stand. He shoved the man so hard he fell over and landed on his rear end. Adams stood and watched him fall, and then kept walking diligently into the tunnel.

Adams apologized for the shove, saying that he was taken by surprise by the man running in front of him and that he was frustrated with the way the game ended.

“I bumped into him and kind of pushed him and I think he ended up on the ground, so I want to say ‘sorry’ to him for that ’cause that was just frustration mixed with him literally just running in front of me,” Adams said after the game. “I shouldn’t have responded that way, but that’s how I initially responded, so I want to apologize to him for that.”