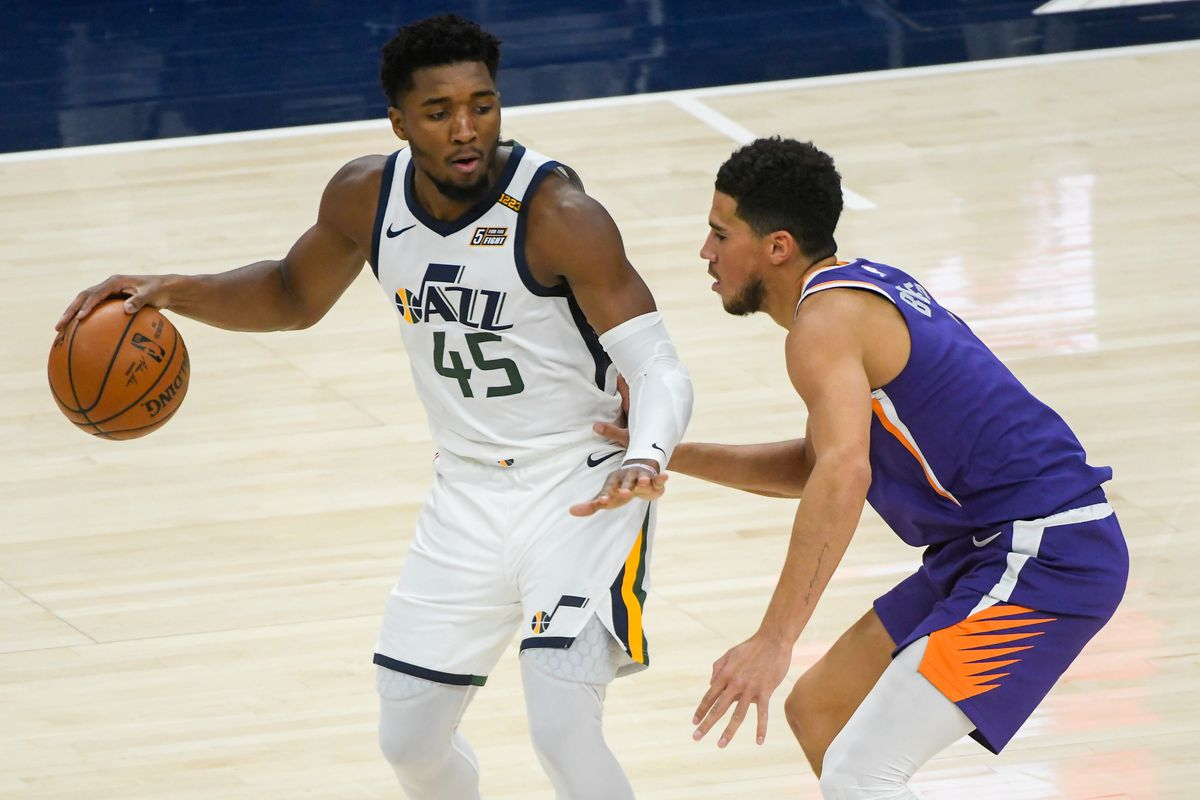 Lauri Markkanen scored a career-high 38 points, including an improbable turnaround jumper to beat the shot clock with 38.5 seconds left, and the Utah Jazz beat the Phoenix Suns 134-133 on Friday night.

“I don’t know what the ceiling is on Lauri. I don’t think any of us do based on what we are watching night in and night out,” Utah coach Will Hardy said.

In a wildly entertaining offensive shootout, Utah’s defense made the difference down the stretch. The Suns shot 58.2% through three quarters but went 10 for 27 in the fourth period and turned the ball over in the final minute.

“With all the emotions from our losing streak, we just wanted to try to figure out a way to win and you just do whatever it takes in a game like this,” said Mike Conley, who forced a traveling call and had a blocked shot in the final minutes.

After scoring 45 points in the first three quarters, Suns star Devin Booker had just two free throws in the final quarter and an inconsequential bank shot at the buzzer to finish with 49.

“He had a good game going but I rode him too much,” Phoenix coach Monty Williams said. “That’s not what we want to do for the long term. We’re down a bunch of guys and we needed him to score like that to have a chance. But we’re just putting a lot of pressure on him to carry us offensively because we’re not getting the stops we need.”

Markkanen has had five 30-point games this season and scored his 38 points on just 18 field-goal attempts.

“His teammates know how good he is and how good he can be and they are probably empowering him more than I am,” Hardy said.

Case in point, Jordan Clarkson marveled at his 15-for-18 shooting as he scanned the box score in the locker room after the game. “Damn, that’s good,” he said.

Booker marked his 19th game with at least 40 points but couldn’t get the ball or many good looks at the end. He also had 10 assists and eight rebounds.

“We were fighting uphill all game. I think we gave them a lot of confidence to start the game,” Booker said. And maybe they expended too much energy in the comeback.

Chris Paul missed his fifth game with a right heel injury and the Suns have gone 2-3 without him.

With 7:28 to play, Damion Lee gave the Suns their first lead of the game at 121-120 with 3-pointer. The game went back and forth until Clarkson and Markkanen made late-clock jumpers with high degrees of difficulty in clutch time.

Before that last shot, Markkanen said, “Really, it was a lot of layups a lot of dunks. Teammates passed me the ball when I was open and we ran some good stuff for easy looks.”

Beasley had matched his season high of 18 points by halftime and ended up with a season-high seven 3s and 27 points. Clarkson added 20 points, and Conley had 13 points and 10 assists.

Deandre Ayton and Mikal Bridges each scored 17 points for Phoenix, and Torrey Craig had a season-high 16 points.

The Jazz led by as many as 19 in the first half after a hot start of 10 of 12 from the field, including 6-of-8 from 3-point range. Utah led 74-66 at the half, marking the fourth game this season with at least 74 points at halftime.

After the Jazz surprised the league out of the gates with a 10-3 record that had them top the Western Conference, they had lost three in a row before this stirring win against Phoenix.

Suns: Booker had 14 points, six assists, and four rebounds in the first quarter. There were 30 fouls called in the first half, 15 on each team. The Suns set a high of 52.5 percent the win against Golden State on Wednesday and shot 52.1 against Utah.

Jazz: Jarred Vanderbilt fouled out after tallying six points, 11 rebounds and career-high eight assists. Utah had 32 assists. The Jazz made 16 of their 31 3-point attempts and were 56% on all field goals.

Jazz: At Portland on Saturday night.