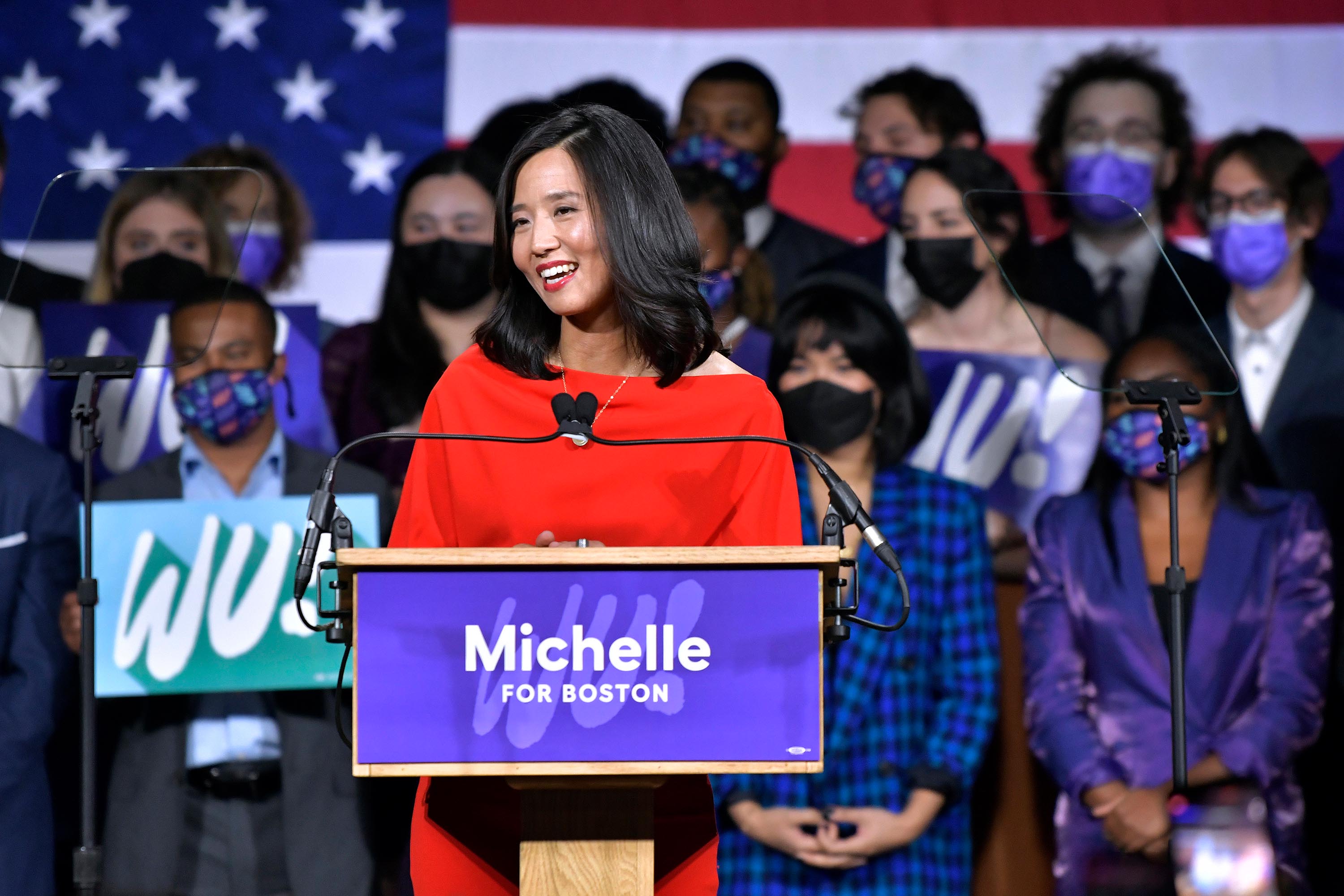 City Councilor Michelle Wu will become Boston’s next mayor after her more moderate challenger conceded, CNN projects, making her the first woman and person of color elected to the top post in the city’s history.

“From every corner of our city, Boston has spoken. We are ready to meet this moment. We are ready to become a Boston for everyone,” Wu said to a crowd of supporters Tuesday night. “I want to be clear, it wasn’t my vision on the ballot, it was ours, together.”

City Councilor Annissa Essaibi George conceded the Boston mayoral race with a large share of the vote still waiting to be counted.

“I want to offer a great big congratulations to Michelle Wu,” Essaibi George said to a crowd of supporters at her election night party. “She’s the first woman and first Asian American elected to be mayor of Boston.”

In the weeks leading up to the election, polls consistently showed Wu with a clear lead over Essaibi George, also a woman of color.

From the beginning, this election was a remarkable departure from Boston’s history. Uncontested mayoral races, where there is no incumbent seeking reelection, are hard to come by in Boston and often draw crowded primaries in the Democrat-heavy city. And in this year’s unaffiliated primary, every serious contender was a person of color, and most of them were women.
Championing hallmark policies like a Green New Deal for Boston, Wu racked up support from high-profile Massachussetts progressives, such as Rep. Ayanna Pressley, Sens. Ed Markey and Elizabeth Warren. Pressley, who represents a portion of Boston, also served on the Boston City Council with both Wu and Essaibi George.
Wu ran on a progressive platform, including calling for a fare-free transit system.
While both candidates locked down support from many of Boston’s powerful unions, Essaibi George touted endorsements from a number of local unions such as the Boston Firefighters, Boston EMS, electrical workers, steel workers, Massachusetts Nurses Association and more.
Wu’s support included 1199 SEIU United Healthcare Workers East and the Massachusetts Bay Transportation Authority unions.
Yet a large part of Wu’s support came from more progressive organizations, such as the Working Families Party, Sunrise Movement Boston, the local chapter of the national youth-led climate group and Planned Parenthood Massachusetts.
While both candidates sought to distance themselves from the familiar progressive vs. moderate divide in the Democratic party, outside sources added some pressure. Leading up to Election Day, a pro-Essaibi George super PAC ran an ad claiming that Wu wanted to “defund the police.” The Wu campaign called it “dishonest and desperate.”