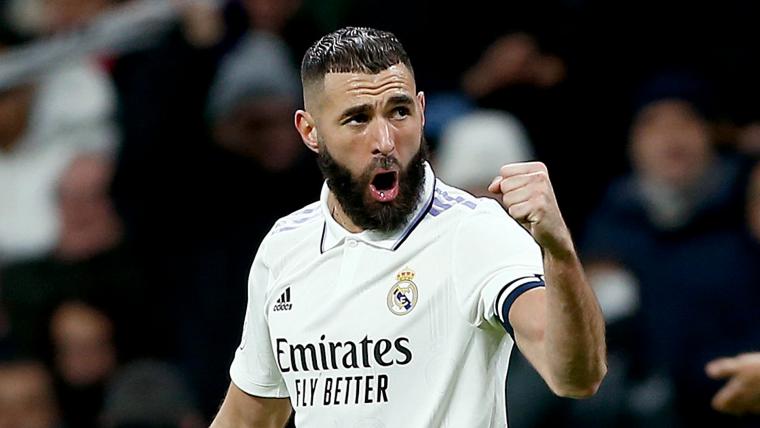 Real Madrid sputtered their way through another first half, pegged back by their local rivals as the Copa del Rey quarterfinal derby reached halftime. An Alvaro Morata goal had Atletico Madrid leading, and it felt a long way back for the hosts at the Bernabeu who had little to savor at the break.

Enter late-game specialists Rodrygo and Karim Benzema, who provided the necessary firepower when all seemed lost. First, the young Brazilian crafted a moment of sheer brilliance, as his stunning solo goal broke Diego Simeone’s heart and sent the match to extra-time.

It was a cold night in the capital, but the Copa del Rey match between fierce city rivals Real Madrid and Atletico Madrid was most definitely heated. From the moment a ball was kicked the Rojiblanco put on a dogged display of counter attacking football and were rightly rewarded with a goal following some lovely buildup play. It was Alvaro Morata, a former Real Madrid player who did the honors and you could tell by his celebration he relished it.

Indeed, it came as no surprise when Balon d’Or winner, Karim Benzema, slotted home the calmest of finishes. Indeed, by the time Vinicius Jr. contributed a classy third goal, the visiting side was spent and the semi final spot was secure. Though some will argue Atleti were unfortunate to be reduced to 10, the truth is that as much as they were able to limit Madrid, they were never truly able to impose themselves on their opponents and once again, Madrid showed why it’s never a good idea to count them out.

Atletico captain Koke delivered a brilliant through ball to Nahuel Molina who ghosting in behind Real’s defence and the full back set up Alvaro Morata, a former Real academy player, to tap the ball into an empty net in the 19th minute.

Eder Militao wasted a golden chance to equalise in the 32nd minute after Toni Kroos had delivered a perfect cross.

It was not only until Dani Ceballos came off the bench to replace the injured Ferland Mendy late in the first half that Real started to play better.

The 26-year-old midfielder injected a new dynamic into the team who were far more aggressive after the break.

Substitute Rodrygo equalised in the 79th with a delightful goal, dribbling past three defenders before finishing well.

Real Madrid will rue injuries to both Ferland Mendy early and Rodrygo late, but the victory is a sweet one nonetheless as they advance to the Copa del Rey semifinals and look ahead to continuing their La Liga title battle. Atletico Madrid, meanwhile, have little to take from this defeat as they are out of the domestic Cup competition, following their elimination from European competition and big gap in the league table.