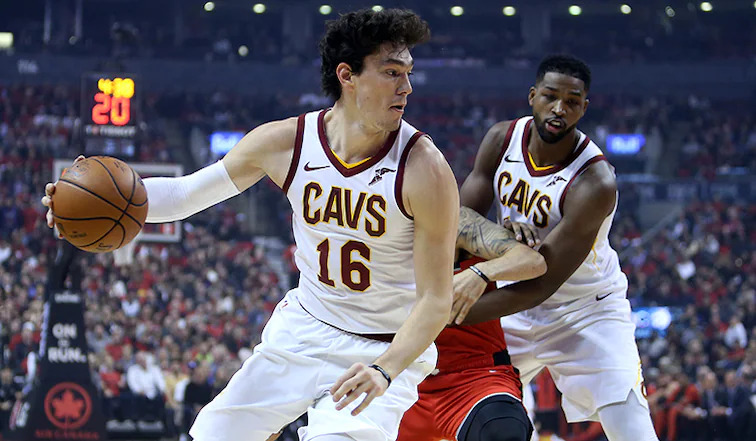 Cleveland Cavaliers shoot themselves in the foot with crucial loss
The Cleveland Cavaliers fell for the fourth time in five games after surrendering a 120-115 loss to the Orlando Magic. The Cavs simply blew it against the worst-ranked team in the Eastern Conference, giving up their final chance to compete for a guaranteed spot in the playoffs.

What used to be one of the most lauded defensive teams in the East earlier in the season has made a complete 180-degree turn since losing the starting frontcourt tandem of Jarrett Allen and Evan Mobley, hitting a new low after allowing the league’s worst-ranked offense to put up that many points.

Building an early double-digit lead to open the game, Cleveland appeared to have taken its foot off the pedal, allowing the home team to immediately race back and make it competitive. The Magic even erected a 10-point lead of their own, before the Cavs made a last-ditch effort for a failed comeback in the final minutes.

Darius Garland top scored with 27 points to go with 10 assists, while Lauri Markkanen added 25 markers of his own, but the Cavaliers’ overall effort was evidently lacking, allowing the heavy underdogs to steal one by outperforming them in just about every category.

Play-in seeding becomes the next priority for the Cavs
Falling to 43-37, Cleveland has been eliminated from outright playoff contention and will now have to fight to stay within the seventh and eighth seeds. Sliding further to the 9-10 range will spell near-certain doom for the inexperienced young team, needing to win two knockout games just to advance.

Currently just one and a half games ahead of both the Brooklyn Nets and the Atlanta Hawks, as well as 2.5 games clear of the Charlotte Hornets in the final play-in berth, winning one of their final two assignments would be of utmost importance for the Cavaliers.

Welcoming back either or both Evan Mobley and Jarrett Allen will certainly give the Cleveland Cavaliers a much-needed boost, especially on the defensive end of the floor as the team looks to arrest this regression. They’ll host the Brooklyn Nets on April 8 in a game that will almost certainly have an impact on their postseason aspirations.