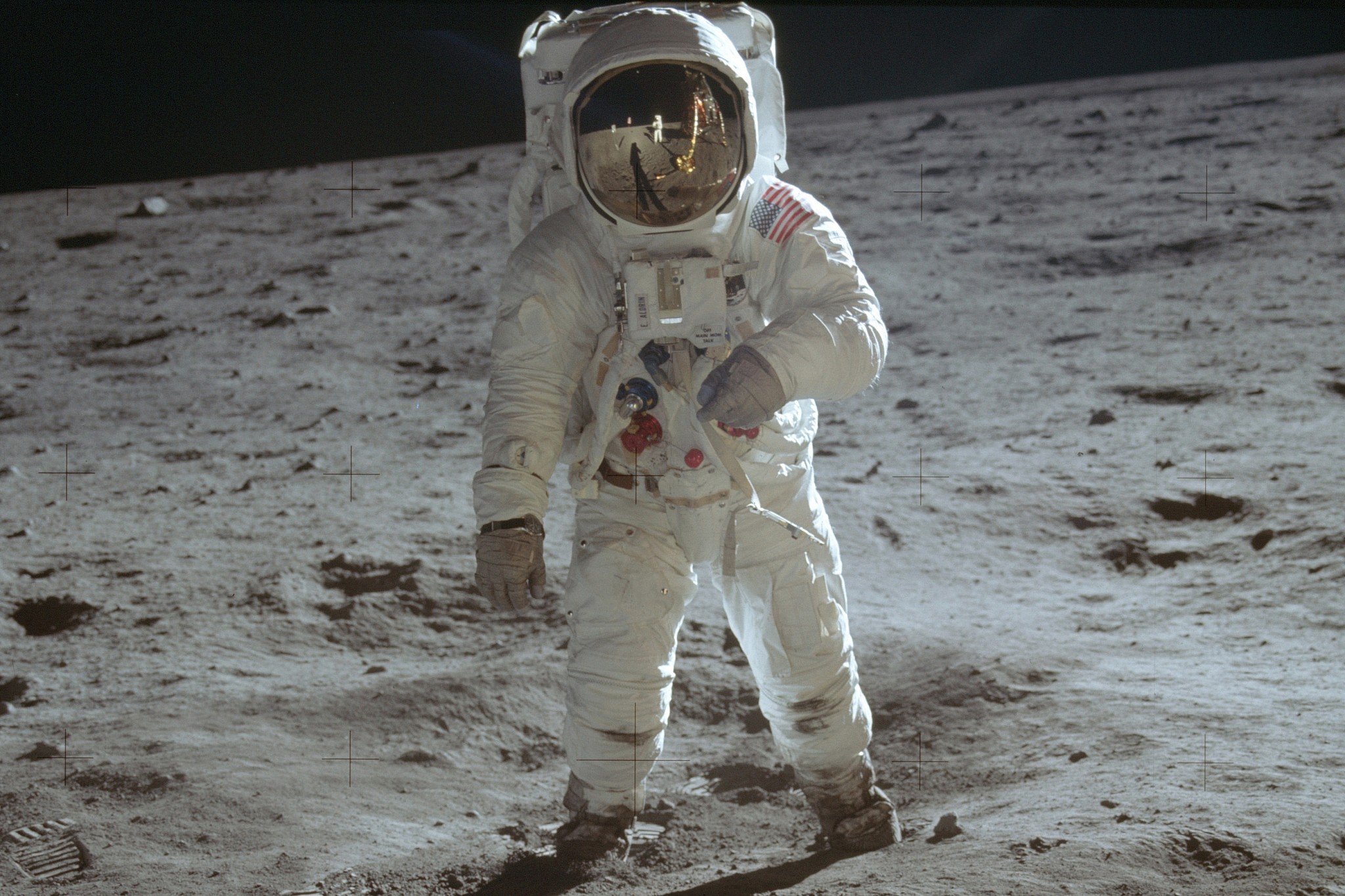 On July 20, 1969, astronauts Neil Armstrong and Edwin “Buzz” Aldrin became the first men to walk on the moon after reaching the surface in their Apollo 11 lunar module.

In 1917, America’s World War I draft lottery began as Secretary of War Newton Baker, wearing a blindfold, reached into a glass bowl and pulled out a capsule containing the number 258 during a ceremony inside the Senate office building.

In 1944, an attempt by a group of German officials to assassinate Adolf Hitler with a bomb failed as the explosion only wounded the Nazi leader. President Franklin D. Roosevelt was nominated for a fourth term of office at the Democratic convention in Chicago.

In 1951, Jordan’s King Abdullah I was assassinated in Jerusalem by a Palestinian gunman who was shot dead on the spot by security.

In 1976, America’s Viking 1 robot spacecraft made a successful, first-ever landing on Mars.

In 1977, a flash flood hit Johnstown, Pennsylvania, killing more than 80 people and causing $350 million worth of damage. The U.N. Security Council voted to admit Vietnam to the world body.

In 1990, Supreme Court Justice William J. Brennan, one of the court’s most liberal voices, announced he was stepping down.

In 1993, White House deputy counsel Vincent Foster Jr., 48, was found shot to death in a park near Washington, D.C.; his death was ruled a suicide.

In 2006, the Senate voted 98-0 to renew the landmark 1965 Voting Rights Act for another quarter-century.

In 2007, President George W. Bush signed an executive order prohibiting cruel and inhuman treatment, including humiliation or denigration of religious beliefs, in the detention and interrogation of terrorism suspects.

In 2010, the Senate Judiciary Committee voted almost totally along party lines, 13-6, to approve Elena Kagan to be the Supreme Court’s fourth female justice.

In 2015, the United States and Cuba restored full diplomatic relations after more than five decades of frosty relations rooted in the Cold War. The U.N. Security Council unanimously endorsed a landmark deal to rein in Iran’s nuclear program.

Ten years ago: Gunman James Holmes opened fire inside a crowded movie theater in Aurora, Colorado, during a midnight showing of “The Dark Knight Rises,” killing 12 people and wounding 70 others. (Holmes was later convicted of murder and attempted murder, and sentenced to life in prison without the possibility of parole.) After years of preparation and months of buildup, London’s Olympic moment finally arrived as Royal Marine Martyn Williams carried the Olympic torch from a Royal Navy Sea King helicopter into the Tower of London on the shore of the River Thames (tehmz).

Five years ago: O.J. Simpson was granted parole after more than eight years in prison for a hotel room heist in Las Vegas. (He was released on October 1.)

One year ago: New York prison officials handed convicted rapist Harvey Weinstein over to authorities in California, where the former movie mogul faced additional sexual assault charges. Giannis Antetokounmpo (YAH’-nihs an-teh-toh-KOON’-poh) scored 50 points as the Milwaukee Bucks beat the Phoenix Suns 105-98 to win the NBA finals, 4-2; it was the first championship for the Bucks in 50 years. Jeff Bezos (BAY’-zohs) blasted into space from West Texas on his rocket company’s first flight with people on board, becoming the second billionaire in just over a week to ride his own spacecraft. (Virgin Galactic’s Richard Branson had moved up the launch of his own flight from New Mexico and beat Bezos to space by nine days.)