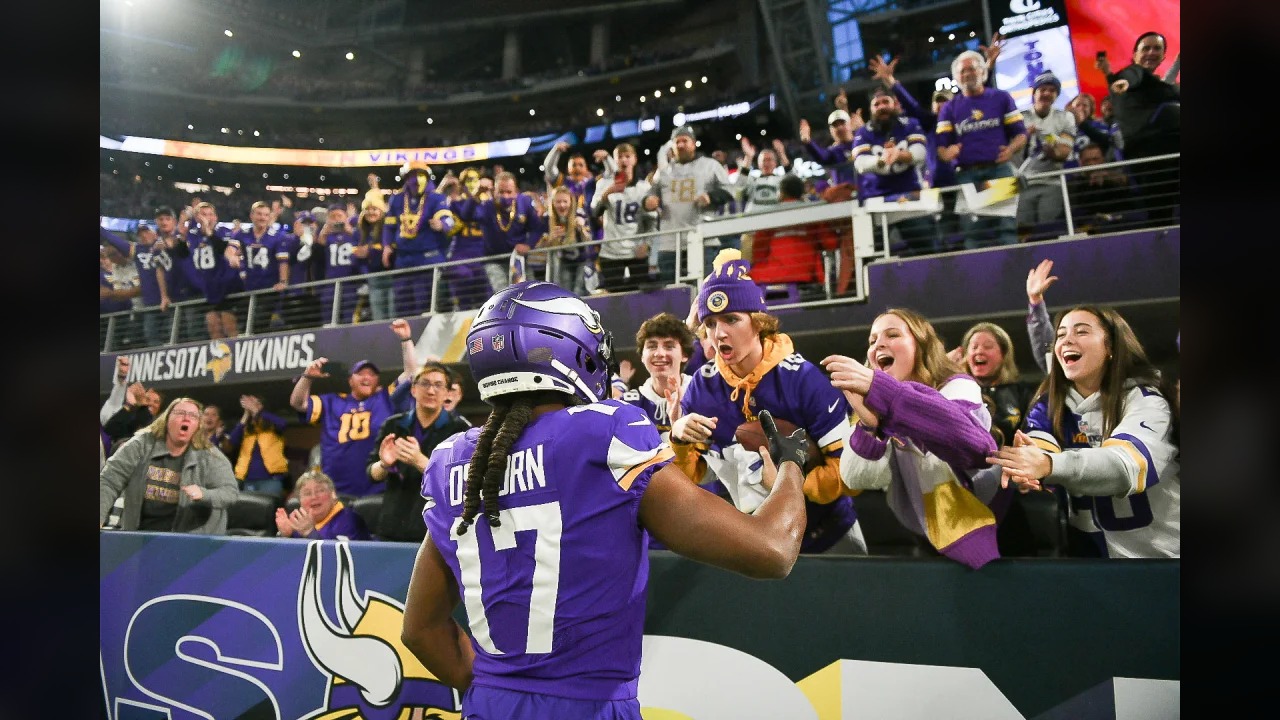 MINNEAPOLIS – The Vikings needed a first down to keep their chances alive, and they came up short.

This one will sting for a while, as Minnesota fell to the Giants 31-24 in Sunday’s Wild Card game after failing to convert on a fourth-and-8.

The play occurred just inside the 2-minute warning. After a pass to K.J. Osborn on third-and-8 got broken up by Giants CB Cor’Dale Flott, the Vikings had one more shot. Kirk Cousins connected with T.J. Hockenson, but the tight end was tackled five yards short of the down marker.

Turnover on downs, three kneel-downs by , and the 2022 Vikings season came to a heartbreaking end.

Cousins noted that it was a shell read with a single-high safety, and he couldn’t find a good path to Justin Jefferson so started his check-down.

“And then when I went to progress, I just felt like I was about to get sacked and felt like, ‘I’ve got to put the ball in play. I can’t go down with a sack,’ so I just thought I’d kick it out to T.J.” Cousins told media members postgame. “I had thrown short of the sticks a few occasions in the game, and even going back a few weeks, I just felt like throwing short of the sticks wouldn’t be the end of the world.

“It was obviously tight coverage, so he didn’t have a chance to pull away, but I was probably going to go down and take a sack if I didn’t put it out there,” Cousins added.

“On that fourth down, just trying to get some eligible receivers vertical, and the ball ended up going underneath like we had done multiple times to T.J. under the coverage for catch conversions; they just were able to make the play,” said. “But the intent was to continue having a chance to win the football game and push the ball down the field. It just didn’t open up for Kirk, and that’s on me.”

Cousins said the missed opportunity on the previous play plagues him even more.

“Third-and-8 is the one I want back,” he said. “I felt like, getting man coverage, the ball needed to be a little more out front of K.J. It was right on him in the sense that the DB was able to break it up, but if the ball’s out front, the DB can’t do that in man coverage.”

O’Connell confirmed that the “primary concept” never intended for a catch five yards short – at least in that situation.

“If it’s third down, and you can catch, convert and make it fourth-and-2-or-3, that’s OK,” he said. “Looking back on it, the conversation may have been just a little more, ‘Hey, this is where you want the ball to go,’ but I want Kirk to play. I want him to be free out there and make good decisions. He did all night long, moved our team, stood in there and was getting the ball out of his hands.”

Cousins did play admirably all game long, finishing the day 31-of-39 passing for 273 yards and two touchdowns with a passer rating of 112.9.

He most often targeted Hockenson, who led Minnesota with 10 catches for 129 yards. The tight end made clutch play after clutch play – but he just couldn’t get away on that last reception.

“It’s just a choice route, and I think there’s an anchor on the front side. I just wish I could have made it, broke a tackle, and been able to run that,” Hockenson said. “But yeah, it’s a tough one. It’s a tough look. The safety was down, kind of climbed. It was just a tough read, so I broke it out, and I just wasn’t able to break his tackle and get the first down.

“That’s my goal in that situation, is to catch that ball, break a tackle and get the first down that we needed,” he added. “And I wasn’t able to do that.”