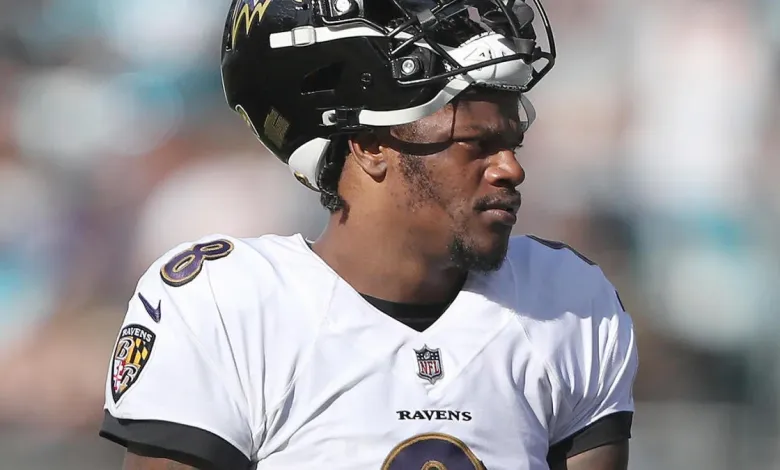 OWINGS MILLS, Md. — Baltimore Ravens coach John Harbaugh said Monday that Lamar Jackson’s vulgar response to a critic on social media was “out of character” for the Pro Bowl quarterback, suggesting Jackson got “trapped” by someone baiting him.

Harbaugh said he spoke to Jackson on Monday morning about the social media exchange.

just beg guys to not to get into the Twitter world right after the game, especially after a loss,” Harbaugh said. “It’s never going to be positive. It’s not going be a nice place, you know? That’s kind of reflected in Lamar’s response because … that’s not the way he speaks. It’s not the way he talks. It’s not the words he ever uses. I’ve never heard him say things like that before.”

After Baltimore’s 28-27 loss at the Jacksonville Jaguars on Sunday, a Twitter used tagged Jackson in a tweet that read: “someone asking for over $250 million guaranteed like [Jackson] … games like this should not come down to [kicker] Justin Tucker.”

Jackson snapped back shortly afterward with a profane reply, saying, among other things, that the fan “never smelt a football field.” He then added an anti-gay phrase.

Jackson was visibly irritated during his media session after another uneven performance by the offense on Sunday. The Ravens were 2-of-5 in the red zone and had to settle for three short Tucker field goals in the first half, which kept the Jaguars in the game.

“He wants to win, I’m sure he is frustrated just like we all are,” Harbaugh said. “And that’s just a place you just don’t want to live right after a game. And I know he understands that.”