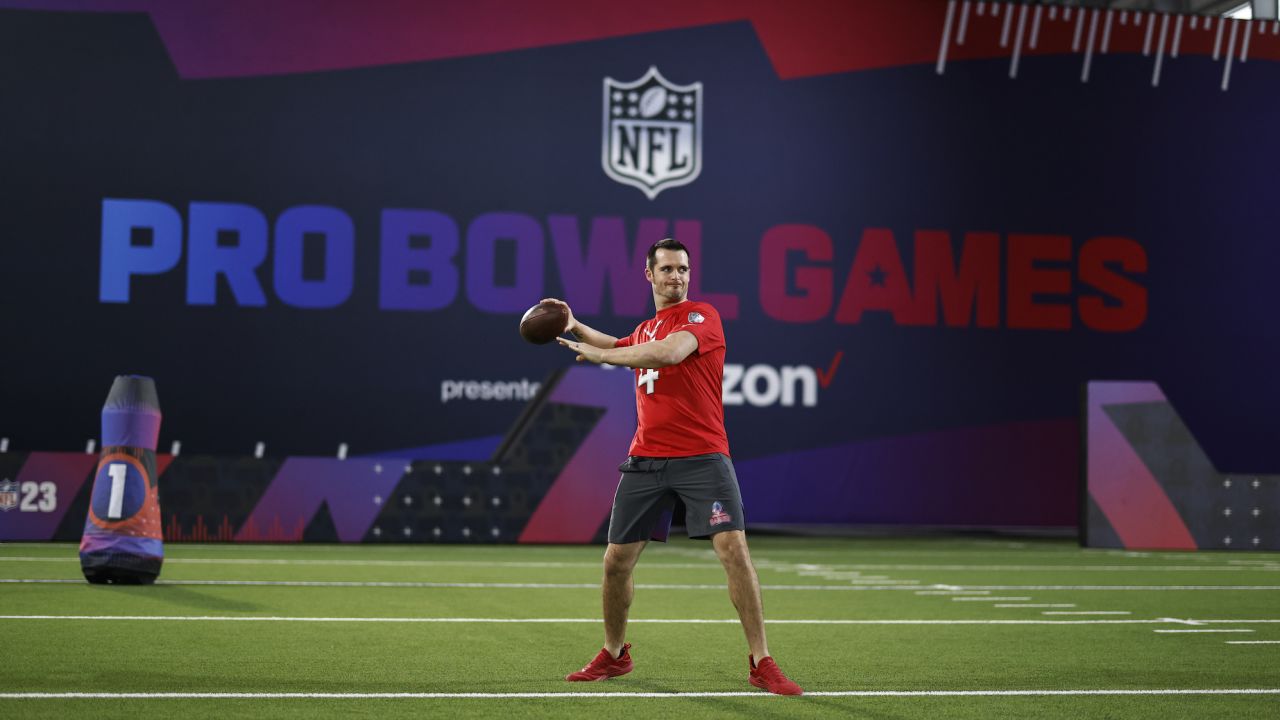 The NFC captured honor as the winner of the Pro Bowl Games, 35-33, led by a strong performance from Minnesota Vikings quarterback Kirk Cousins in the final of three flag games. Cousins threw a pair of touchdowns to San Francisco 49ers tight end George Kittle and fullback Kyle Juszczyk.

Among the changes made to the league’s traditional All-Star weekend include 10 mini competitions, capped off by a 7-on-7 flag football game. This year’s roster also included a variety of resumes from up-and-comers to certified stars to down-and-out veterans.

Where will the games take place?
The games will take place over two days at Intermountain Healthcare Performance Center and Allegiant Stadium in Las Vegas.

Who is playing?
The teams are divided by conference. Each team comprises the best the league has to offer, minus those who are playing in the Super Bowl next week. The players are selected based on a combination of votes from fans, players, and coaches.

Confident Geno cooks in flag opener: A day after Seahawks quarterback Geno Smith told NFL Network’s Cam Wolfe that he was “very confident” about re-signing with Seattle, he played with confidence and ease to lead the NFC to a win in the first of three flag games on the day. Smith racked up five touchdown passes to four receivers — Kittle, T.J. Hockenson, Juszczyk and Lamb twice. With the NFC trailing late, 27-26, Smith hit Lamb for the game-winning TD. It was a sensational play by Lamb in which he broke an actual tackle attempt by Derwin James, who was clutching the Cowboy’s jersey, for the TD. Nonetheless, it was a phenomenal showing for Smith, whose comeback feel-good story hasn’t concluded with the Seahawks’ 2022 campaign.

Give the long snapper(s) his due: A little peek behind the curtain reveals that the Pro Bowl Games’ kick tac toe event was actually taped earlier on Thursday. So, Tennessee Titans long snapper Morgan Cox had to wait until Sunday to get his due for leading the AFC to a win in the event and three points in the overall tally. Perhaps it was fitting, as long snappers rarely get notice unless it’s for dubious reasons. But Cox was clutch in the competition, hitting the game-winner when his snap connected with the left, high corner block for the win. In a skills showdown featuring kickers, punters and long snappers, Cox and his NFC counterpart, Andrew DePaola accounted for all five squares hit. In other words, Cox scored all the AFC’s points. In 13 seasons, Cox won a Super Bowl with the Ravens, he’s a former All-Pro and this was his fifth Pro Bowl. Fittingly, one of the game’s best and most underrated got a little bit of shine.