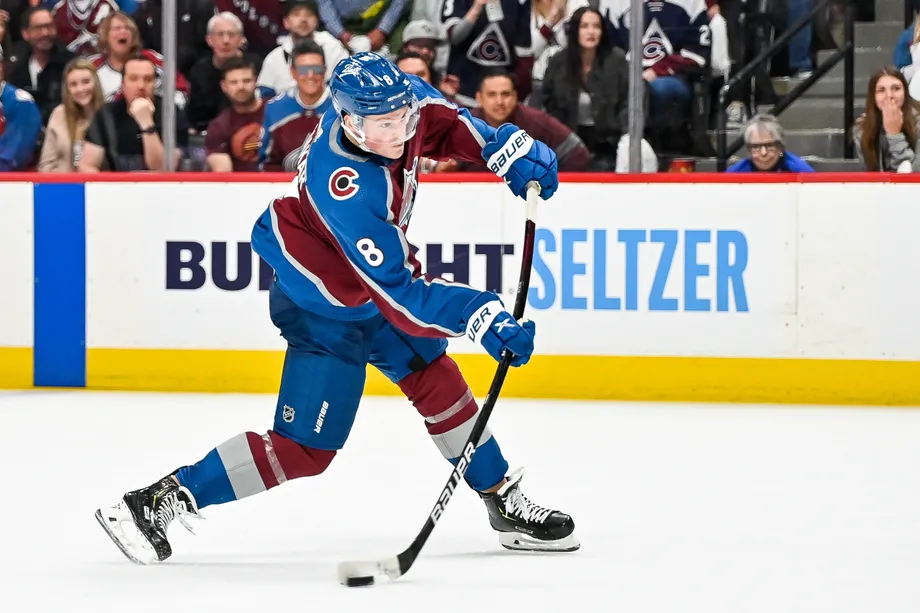 As a lifelong Colorado Avalanche fan who attended the University of Massachusetts a decade before Cale Makar arrived on campus, I felt inspired to write a piece on last night’s hero and the greatest player in the history of college hockey.

A Culture-Changing Freshman Year
Makar arrived at UMass in 2017, joining the program at its absolute nadir. Aside from the 2003-04 season and the Jonathan Quick years from 2005 to 2007, UMass hockey was never a very competitive team, yet the 2015-16 and 2016-17 seasons found new lows for the program, as UMass combined to go 13-53-6 over those nightmare years. No one would have blamed Makar for transferring to a different school before his freshman season, especially since the coach who recruited him, John Micheletto, was fired after the worst four-year stretch in program history.

But that’s not how Makar is wired, as he remained loyal to a program that desperately needed him, and he stayed under new head coach Greg Carvel to help transform UMass from a perennial doormat into a national power. After just four games his first year, coach Carvel marveled at his new star defenseman.

Makar’s first season helped bring some respectability back to Amherst as the team finished just under .500, but it was Game 1 of the opening round of the Hockey East playoffs against Vermont that served as his coming out party. Down 2-0 to start the third period, Makar assisted on a power play goal a minute in to pull the Minutemen within one, setting the stage for a moment that is seared into the memory of every UMass fan. About eight minutes later, he went coast to coast for an unassisted highlight reel goal that showcased his ability to take over in the biggest moments of the game, and set the stage for a magical second season that catapulted the program into a new era.

The 2018-19 UMass hockey season was something alumni like me could have only dreamed of. They shattered the school record for wins with 31, eclipsing the mark set in Jon Quick’s last year on campus of 21, while Makar won the Hobey Baker Award as the nation’s top college hockey player. He opened the season with a statement game, scoring a goal and assisting on two more to help UMass upset #1 Ohio State in Columbus, announcing that the Minutemen had arrived on the national stage as a force to be reckoned with.

In late February with the Hockey East regular season title chase extremely close between multiple teams, Makar dominated perhaps the most hyped regular season home game in UMass history against perennial power and hated rival Boston College. He scored a key late first period goal to cut the deficit to 2-1 before finding future NHLer John Leonard at the back post on the power play to tie the game at 2-2 midway through the second. With both teams tied at three with the final seconds in the third period dwindling down, Makar showed off his immense hockey IQ and his innate ability to get pucks through traffic, doing his usual bit of wizardry dancing along the blue line before throwing the puck at the net, creating a mad scramble that ended with UMass potting the game winner with just three seconds left. This sparked UMass to sweep BC the following night in Chestnut Hill and win five of its final seven games, running away from a close chase and clinching the first regular season Hockey East title in program history.

As UMass entered just its second NCAA tournament ever, Makar again took center stage. After coming away with just one assist in UMass’s first tournament game in a defensive struggle against Harvard, Makar scored yet another goal that is seared into the memory of every UMass fan, firing an absolute howitzer through Notre Dame to put a second-round game beyond reach to help send UMass to its first ever Frozen Four, where they won a legendary OT game against the University of Denver before running out of gas against Minnesota-Duluth in the National Championship.

NHL Superstardom
We all know how the legend grows from here. While fighting through tears after his final collegiate game and saying how he did not want to take off his UMass jersey and “wear it as long as I can,” Makar jumped right into the pressure cooker of the NHL playoffs a couple days later and scored his first career goal which wound up being the game winner in a pivotal Game 3 against the Calgary Flames.

The next two years helped Avs fans familiarize themselves with the greatness of Cale Makar, as his wizardry on the ice was made even more impressive by his humility and leadership skills which quickly won over the entire Avalanche locker room. Scoring or assisting on goals in big moments moved from a surprise to the expectation, as it became clear that the Avs new star was a rookie in name only. Both his skillset and his mindset proved to everyone how advanced he was for his age, and it was no surprise to any UMass fan that Makar was quickly trusted to wear an “A” on his sweater as an assistant captain in just his second full season in the NHL.

Makar directed 23 shots towards the net last night, and in the last 15 years, the only player to reach that mark in a regular season or playoff game is the greatest goal scorer of this era, Alex Ovechkin.

You didn’t need to watch Makar come up through the college ranks to understand how special he is—watch any NHL game from his brief career and it is blatantly obvious even to the most casual of hockey fans—but his journey from talented yet defensively flawed freshman to a dominant 200-foot NHL force just four years later is filled with a litany of examples of a young defenseman slowly growing into his role as a gamebreaker who strikes fear into the heart of his opponents during the biggest moments.

Makar had every opportunity to take an easier path to the big leagues, but the character and tenacity he developed through the adversity of helping to drag a program out of the college hockey doldrums prepared him well for everything the NHL could throw at him. The legend of Cale Makar was forged in countless big games at UMass before growing tenfold under the bright lights of the NHL playoffs, and last night’s OT winner was just another magical moment in what looks to be a Hall of Fame career for a special player who clearly has the so-called “clutch gene.”