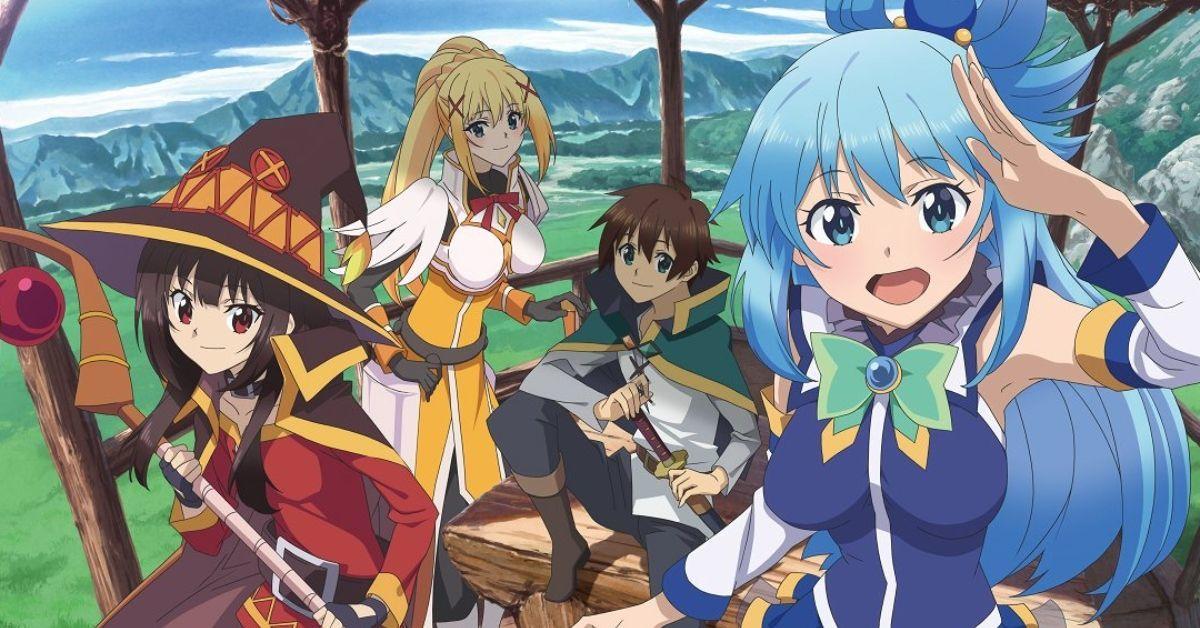 Konosuba: God’s Blessing on this Wonderful World! is officially returning for a third season of episodes, and it has shared its newest poster along with confirming the first cast and staff additions for the new season! Fans were delighted to find out last Summer that there were plans in place to continue the Konosuba anime franchise with a new project, but it wasn’t until this year that we actually got some new details about what to expect. It was then finally confirmed that this new anime project teased was actually in fact a third full season of the anime series.

Staff info is now available and it’s worth noting that KonoSuba Season 3 shares the staff with the Megumin spin-off anime. It includes:

It was also confirmed that this staff will be handling the upcoming spin-off anime based on the Megumin prequel series, Konosuba: An Explosion on This Wonderful World! The main four of the cast will be returning as well with Jun Fukushima as Kazuma, Sora Amamiya as Aqua, Rie Takahashi as Megumin, and Ai Kayano as Darkness all confirmed for the new season so far. If you wanted to catch up with Konosuba: God’s Blessing on this Wonderful World! before the third season and Megumin spin-off anime series premiere, you can now find the first two seasons and movie streaming with Crunchyroll.

They tease the series as such, “After a traffic accident, Kazuma Sato’s disappointingly brief life was supposed to be over, but he wakes up to see a beautiful girl before him. She claims to be a goddess, Aqua, and asks if he would like to go to another world and bring only one thing with him. Kazuma decides to bring the goddess herself, and they are transported to a fantasy world filled with adventure, ruled by a demon king. Now Kazuma only wants to live in peace, but Aqua wants to solve many of this world’s problems, and the demon king will only turn a blind eye for so long…”