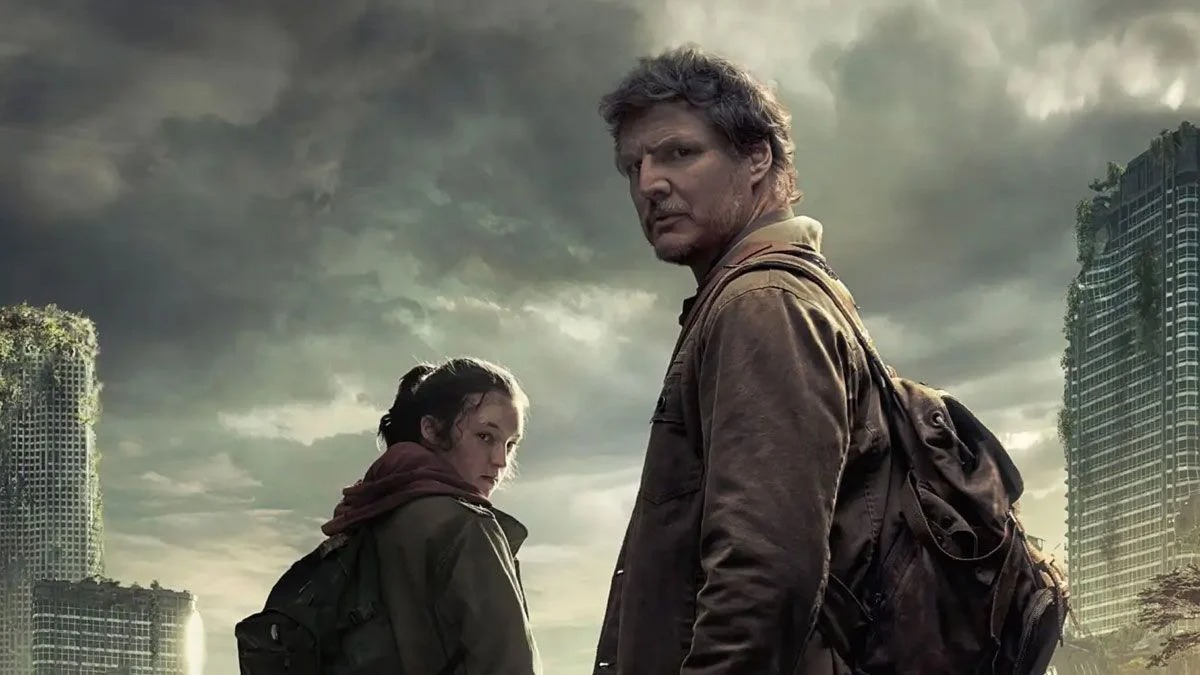 FIRST THINGS FIRST: as I mentioned in my review of Season One, I’m not a gamer, have never played The Last of Us, and haven’t even watched a walkthrough video of it. So I’ll be discussing this episode, and all the ones to come, solely on the basis of how it works as a television show.

Judged on that basis, the super-sized “When You’re Lost in the Darkness” comes off pretty well. All of the season’s episodes are covering familiar ground in some way or other, but the premiere is perhaps crossing the most familiar of that ground. As I believe Leo Tolstoy once said, all zombie apocalypses are alike, but every post-apocalypse is unhappy in its own way. The episode eventually gets to the specific aspects of this one, and, more importantly, establishes Joel (Pedro Pascal), Ellie (Bella Ramsey) and Tess (Anna Torv) as interesting characters before the three of them set off on their dangerous mission. But before that, we have to watch civilization fall in the way it tends to in so many dystopian shows and movies.

Which isn’t to say that material is bad; just more generic than what’s to come, especially in later episodes. And even those sequences are well-executed, even if some of them, like Joel, Sarah and Tommy’s harrowing attempt to drive out of town before the mushroom people get them, feel a bit too much like a game level where you’re not allowed to play.

I’m told that the drive is actually a cutscene in the game, and perhaps it feels different there coming between various levels; here, I felt like I was supposed to have a controller in my hand the whole time.

But the most compelling parts of the episode come before and after the nightmare that blankets the world over a late September weekend of 2003. Though Joel will become our central character, he is a supporting player for much of the 2003 scenes, which focus much more on his daughter Sarah, played by Nico Parker. In those scenes, Sarah comes across as a typical teenager — at times lost in her own head, at others outgoing and friendly and generous to others, including her dad and their neighbors. Parker (daughter of Westworld alum Thandiwe Newton) is excellent, holding the screen and establishing Sarah as someone we could plausibly root for over the series’ run.

This is, of course, not to be. Instead, creators Craig Mazin and Neil Druckmann are using those scenes to establish emotional stakes for Joel, and to make us deeply feel at least some of the pain he experiences when Sarah is shot by a panicked soldier on the night the world is wrecked. The man Joel has become when the story jumps ahead to 2023 is defined almost entirely by that tragic moment. He is emotionally closed-off and efficiently brutal, and when his new charge Ellie is threatened by a soldier late in the episode, he has a PTSD flashback to Sarah’s death and turns absolutely savage in the way he beats on this man.

Before we get to that violent escape from Boston, we first have to establish the state of America 20 years after the zombie uprising. It is a dreary, frequently nasty reality: a collection of fascist city-states run by FEDRA, the armed enforcers of what’s left of the government. Those lucky enough to have made it into one of the FEDRA enclaves have homes and food and safety, but not much more. There are mass hangings, and anyone infected with the fungus that destroyed civilization — like, say, the poor little boy who wanders into the Boston fortress right after the time-jump — is swiftly killed, their body burned to avoid further spread of the disease. It is not a shock to learn that there is a resistance group, the Fireflies, pushing back against the unyielding FEDRA rule.